Five Drinks to Order at Caballitos 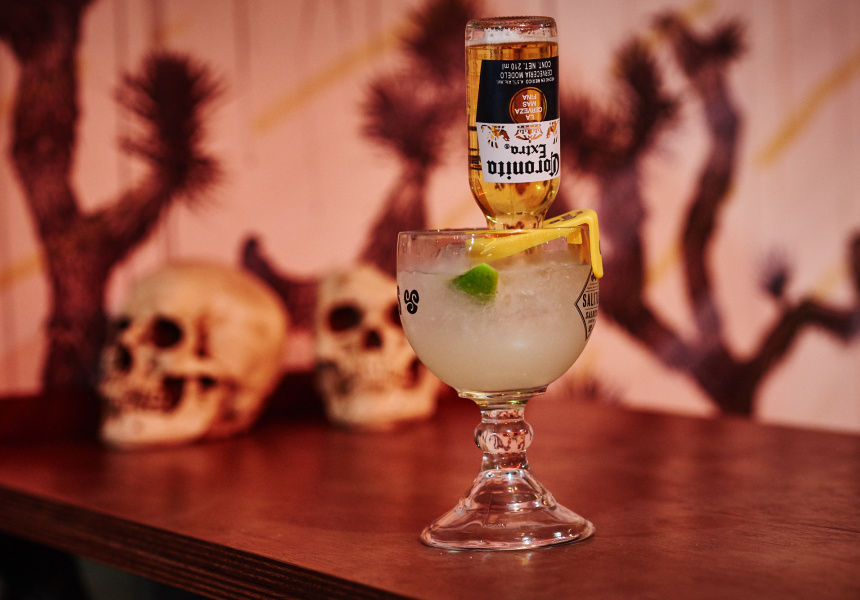 The Shared Cocktail in a Big Treasure Chest 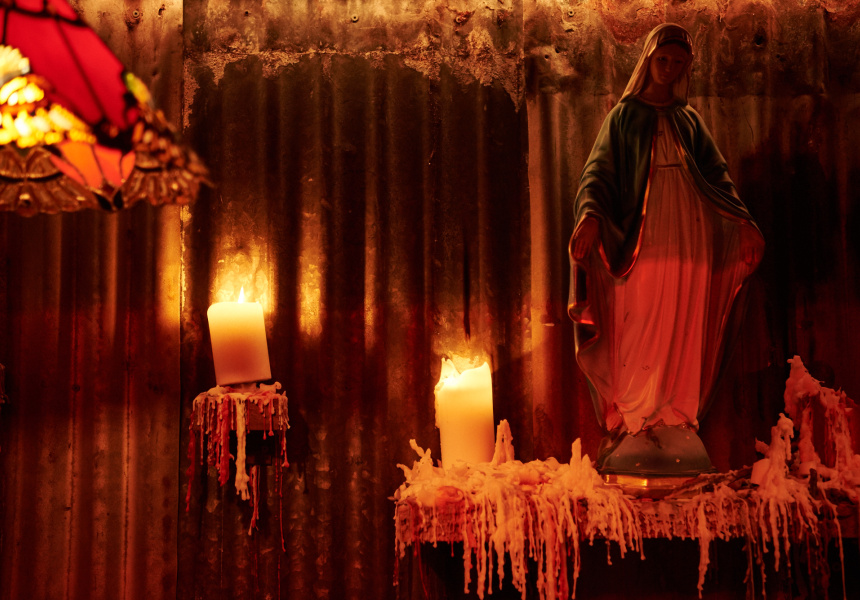 We don’t want to pigeonhole Caballitos as somewhere to let your hair down at, but the pole in the middle of the room probably isn’t there for ornamental or structural purposes. (That this pole is in a part of the venue dubbed the, ahem, “Chapel of Sin”, is also somewhat telling).

Even though it hasn’t opened, Andy Freeman’s underground tequila bar in the former 1907 Basement already looks like a really good time. Bright splashes of colour beautify the walls and bathroom doors. White garden lattices dot the room. The inside of the island bar is stocked with all manner of boozy arcana; its exterior is adorned with a chicken-wire roll-up filled with skulls. While the look of the space is excess all areas, the drinks side of things is a study in less being more, at least initially.

“The menu is a little bit of party and a little bit of rock’n’roll,” says bar manager Jamie Passmore. “It’s just fun drinks. The list we’re starting with is pretty simple in length and nature. I’d rather do six drinks really well than have 15 that aren’t perfect.”

While wine and beer will be available, much of the drinking at Caballitos will revolve around Mexico’s most famous spirit, tequila. Here’s a taste of what you’ll be drinking when Andy Freeman’s newest venue finally opens – pole-dancing optional, but more than likely inevitable.

The Batanga
“Batangas are a really easy introduction to tequila,” says Passmore. “It’s simply tequila with Coke, lime and salt, served tall. It’s going to ease you into tequila’s vegetal flavours and will suit people that drink a lot of rum and coke. Traditionally, Batangas are garnished with a knife for stirring, but I’m not serving mine with a knife in them.”

The Lagarita
Just in case the idea of slushies dispensing frozen Margaritas wasn’t fun (and frightening) enough, Caballitos will be serving its with Coronitas, tiny – and hard-to-find, at least in Australia – bottles of Corona. The beer, meanwhile, isn’t just there for decoration. “Coronas aren’t renowned as the strongest-flavoured beer in the world, but they add some savouriness to the drink,” says Passmore. “The salt in the Margarita helps balance out the savouriness of the beer.”

Tequila and sangrita
And mezcal, and other regional Mexican spirits using the country’s staggering – and stagger-inducing – array of agave plants. While sangrita is often served as a chaser, Danny Sanchez, executive chef across Freeman’s venues and the force behind the Caballitos menu, thinks of the spicy tomato drink as the perfect pick-me-up. “Back in the day while travelling through Mexico, my best friend Mario used to make this the morning after a big night,” says Sanchez. “It’s really easy to make when you’re hungover.”

The Suavo Rosa
Passmore might joke that this is the bar’s “pink, fluffy thing”, but he’s hoping the drink helps introduce guests to the pleasures of drinking tequila. “It’s a really simple drink that doesn’t involve lime or salt, which might kill tequila’s flavour,” he says. Not in shot: a sneaky pour of Lena, the banana liqueur Passmore is doing his utmost to make great again.

The Shared Cocktail in a Big Treasure Chest
“The idea came to me after thinking about our Chapel of Sin,” says Passmore. “We’re going to be getting groups and people coming in for hens’ parties. We’re a tequila bar and a party bar. Everyone dipping a straw into a treasure chest sounds like a really fun time.”

Caballitos opens soon in the basement of 26 Queen Street, Perth.