Feast of the Deceiver, a Mysterious New Immersive Dinner Experience, Is Coming to Fremantle

The chefs are “slightly nervous”, the location will only be revealed the day before and guests have to surrender their phones at the start of the night. 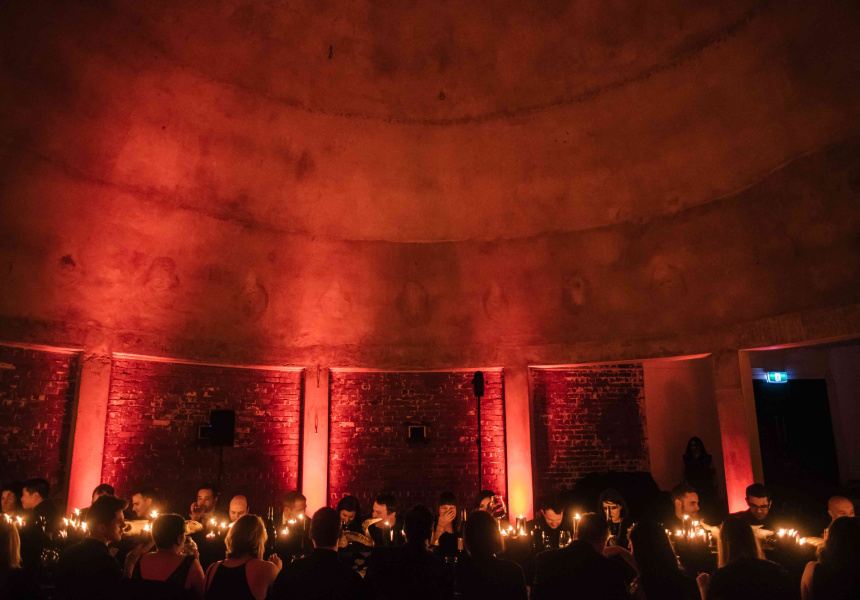 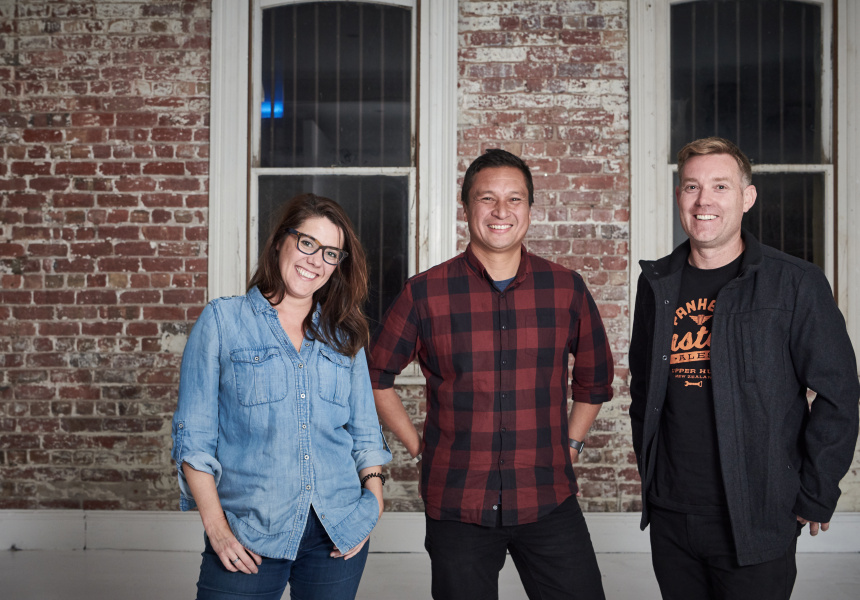 A fresh winter take on the long-running Fremantle Festival, the 10 Nights in Port program is full of quirky events. Among them is Feast of the Deceiver, an immersive dining experience designed to be so daring that creative director Tamasein Holyman wants the chefs to be “slightly nervous”.

The multi-course, secret location dinner is part of a passion project for Holyman. In 2009, she founded Underground Cinema, a regular program of five-hour-long events that immerse participants in the worlds and plots of famous films. “Feast”, as Holyman refers to this new event, is more intimate, designed to be able to pop up anywhere in the world in collaboration with local chefs and creatives. Dinners have already been held in Sydney and Melbourne, but this will be the first time the project comes to Perth.

Scott Brannigan (Bread in Common, Coogee Hotel) and Iron Chef winner Herb Faust will collaborate on the menu for the event’s four 60-seat dinners. While dishes will embrace Holyman’s “no-holds-barred” brief, they will also reflect the chefs’ local-first approach.

“I’ll still be keeping with what’s around in Freo, but tying it in with the whole experience,” says Brannigan. “I’m trying to appeal to the senses by using dry ice, essences and oils, for example.”

“To look at food from a totally different perspective is exciting,” says Faust. In 2010, he went from cooking for boarding students at Scotch College to Iron Chef Australia where he beat Guy Grossi in a lamb cook-off. “Usually we’d design a dish around a certain protein or ingredient, but for this we’re designing it around the theatre.”

Dinner, however, is just one element of the three-hour-long event.

“Guests have to surrender their phones and then the game commences,” says Holyman. “They walk into this dark, mysterious world, go through a lot of challenges and end up in a dining hall. How the game is played determines where guests end up on the table, and what kind of food experience they get.”

Adding to the experiential nature of the dinner, local actors will bring dishes to life through performance. Brannigan furtively describes a dish of cheese and honey with a performance aspect that might leave the room buzzing.

“It’s a huge undertaking for the chefs,” says Holyman. “It’s not just about the taste of the food, but the theatre and the touch of it. They’re thinking about ways to take one dish and express it in multiple different ways. I’ve given them total creative license. I want the chefs to be so dangerous that they’re slightly nervous.”

Unlike Holyman’s cinema events, Feast of the Deceiver “isn’t based on any world that’s existed before,” but will be modelled by local set designer Katelyn Collins on the concept of “an absent-minded dream”.

“It’s mysterious and it’s dark, but at the same time it’s sophisticated, and really real and connected,” says Holyman. “We want to bring in elements of locality, and aspects of WA, but not in a cheesy way. A way that’s cool, fresh, edgy: a work of art.”

For now, specific details are scarce. The location will only be revealed the day before the event and guests will be sworn to secrecy. But according to Holyman, guests will “have never experienced anything like it”.

“We love to get our guests involved on pretty crazy levels,” says Holyman. “The dinner is part of the theatre, not the other way around.”

Feast of the Deceiver runs from Thursday July 11 to Sunday July 14. After the event, guests have access to a cocktail lounge with live music from local artists. Tickets are $175 (inclusive of arrival cocktail, six-course degustation and free-flowing wine) and available online.