An Expert on The Hunt for Special Single Origin Coffee

Single origin coffee is more than just a bag of beans from one country. In partnership with Zarraffa’s Coffee’s new Single Origin range, we speak to Kenton Campbell about what single origin coffee means, why it’s great, and tips for some exciting bean choices. 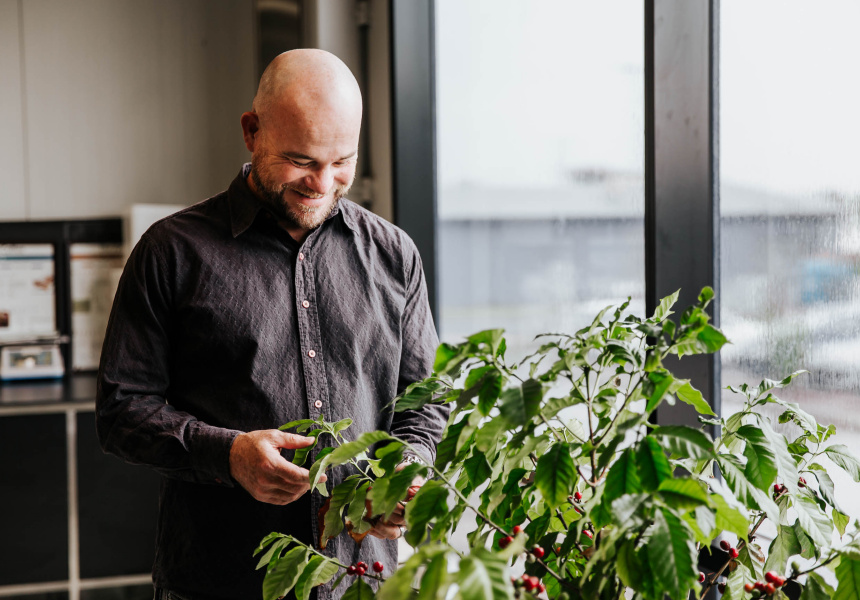 The concept of single origin coffee is simple. Right? If you order a cup of Sumatran single origin, you can confidently assume you’re drinking coffee from beans grown on the island of Sumatra in Indonesia.

The founder of specialty coffee company Zarraffa’s Coffee, which supplies over 70 locations across QLD, WA and NSW, Campbell says the term single origin has both micro and macro-leanings – a country, but sometimes just a region within it.

“Single origin comes from an origin specifically like Kenya or Ethiopia,” says Campbell. “So that is the origin, but more specifically it can go a little bit closer to being a coffee from a specific area. Like in Kenya we’ve got the Ntongoro coffee which is from Meru [a town in eastern Kenya]. So as a definition there, single origin becomes even more relevant.”

We asked Campbell to give us a deep dive into the complex world of single origin coffee – and find out five single origin beans he’s loving right now.

More than single origin The journey of coffee from farm to cup is as involved and complex as grapes to wine. So it helps to think of single origin coffee in much the same way.

While some commercial coffees contain blends of many different regions, single origin is more like estate-grown wine, which creates bottles from grapes in one section of the estate.

“You can buy estate coffee,” says Campbell. “[It’s] not any different than estate wine. You might find an estate has one hillside they ‘cupped’ [tasted] and [they make] only five or ten bags of 60kg beans [from that] because it’s just exceptional that year.” Meanwhile the rest of the beans grown on site are shipped off to be blended with other beans.

Quality and regional flavour Single origin is also like wine in that it’s a representation of the coffee’s terroir - its sense of place, and the way it influences flavour and aroma. Factors like altitude, the variety of plant, agricultural practices, and climate will all factor into the specifics of single origin coffee.

Having a micro-focus on where different regions’ coffee comes from means being interested in flavour as well as method. “Specific areas around the world might do it a little differently,” says Campbell. “Like Ethiopia does both washed and natural coffees. You get a bit of a different flavour, and it allows us [as suppliers] to tell the story of a coffee. Single origin is really about showing the origins of where each of these particular coffees come from.”

‘Cupping’, points scores and making the grade Specialty products need a set of rules and skills to separate the good from the great. Beans are graded by size, which for Indian and African coffee is denoted by letters AA, AB and C, and tasting is referred to as ‘cupping’ – and it can take some learning.

“Like the wine industry, you have to be accredited to cup,” says Campbell. “. You have master cuppers, master roasters, and master blenders. [Cuppers are looking for] a certain flavour, acidity and body.” After cupping, they’ll score the coffee. “The higher the score, the better things like acidity – which bring pungency to the coffee – [and] flavour. High-level cuppers are able to score it, [that way] when you’re at the auction you know what you’re getting.”

Kenton’s picks We asked Campbell to tell us his five favourite single origin beans at the moment.

“It’s just an exceptional coffee,” says Campbell. “And with the market the way it is, it’s crazy we’re able to get it. If you like a black coffee especially, with nothing in it, these are the types of coffees [to go for]. I don’t mind it with cream as well.”

“It smells like chocolate, tastes like chocolate and is bound by fruit,” says Campbell of this Ethiopian bean. “It’s been processed using an anaerobic fermentation [similar to wine making] and it’s mouthwateringly good. That coffee is a unique coffee not only in that there isn’t very much of it, as a micro-lot, but also, they’re going through all the trouble to do that. The end result is crazy good.”

“It’s from Sumatra,” says Campbell. “It’s one of the first coffees I ever messed with [when I was] roasting and only really blending. It’s one of those coffees that brought a spiciness [to a blend] and it’s pretty affordable.”

Another Sumatran coffee, but hard to get. “It’s one we’ll probably be able to bring in,” says Campbell. “The coffee market is volatile right now with logistics, so it’ll be interesting to see what happens with some of these.”

Ntongoro: dark chocolate and walnut flavour with a citrus acidity, finished with a plum sweetness.

This Kenyan coffee holds a special place for Campbell. “It’s probably the one closest to my heart, given I’ve had my hands in the soil in Meru where it’s grown” he says. “They only ship a container and a half.”

This article is produced by Broadsheet with Zarraffa Coffee’s new Single Origin range.