The chicken comes in five different heat levels, and the entire menu – including the signature sandwich – can be made gluten-free. 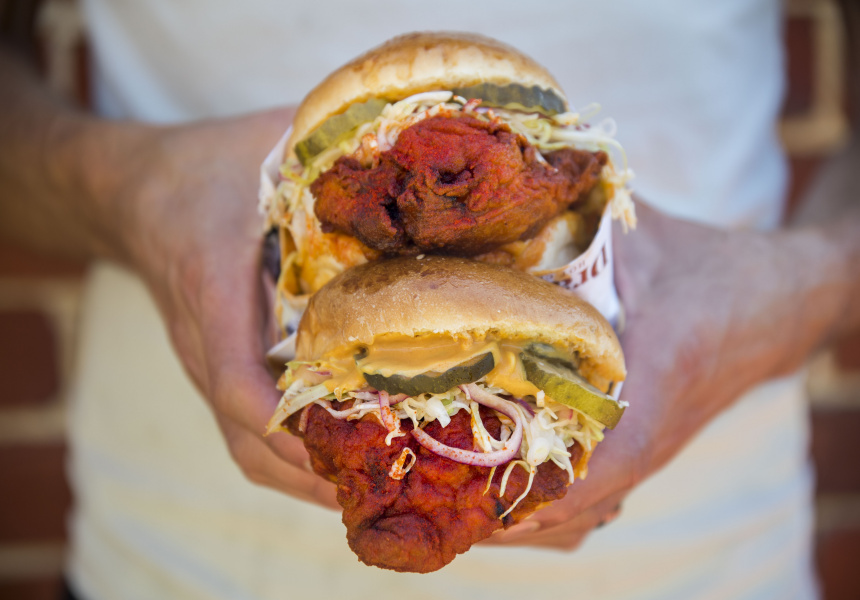 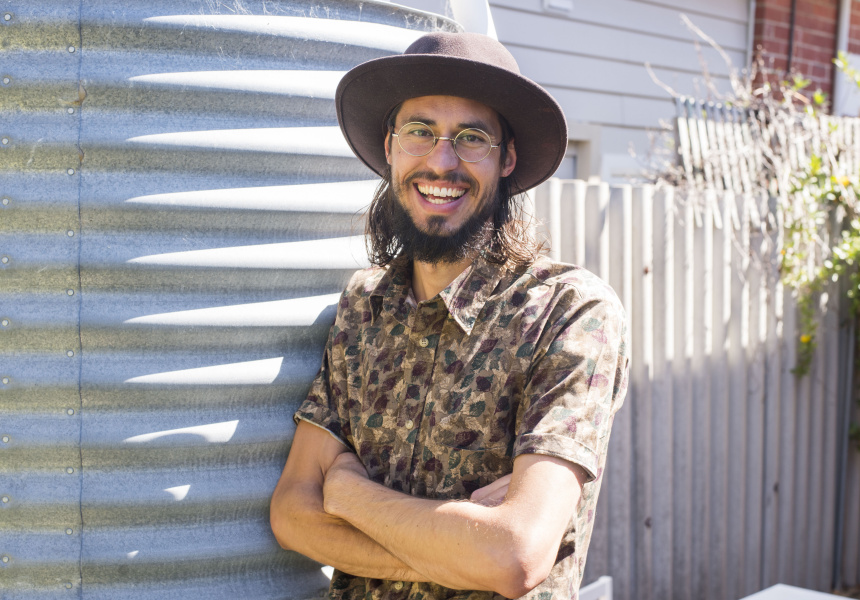 Drasko Jankovic had his heart set on being a fine-dining chef. So much so that in 2017, the My Kitchen Rules alum and his young family moved to Copenhagen so that he could intern at Noma, Rene Redzepi’s world-renowned restaurant. After that, he took on a junior sous chef position at Noma’s sister restaurant, the now-closed 108, and threw himself into his work. But after eight months of 18-hour days – which meant not seeing his wife and one-year-old son – he realised fine dining wasn’t for him.

“I just never saw them,” says Jankovic. “I said to Bianca, ‘This isn’t fair on our relationship and Zander. This isn’t what family is supposed to be. We’re leaving and going back to Perth.’ The hours are too brutal for a family.”

After returning in 2018, Jankovic cooked around Perth while figuring out his next move. It wasn’t until he met Ken Craigie of fried-chicken empire Royal’s that he decided to change tack from fine dining to fried dining. A partnership – and Drasko’s Hot Chicken – was born.

Although Jankovic was introduced to the spicy pleasures of Nashville chicken in Copenhagen (in 2017, Redzepi and Noma invited Morgan McGlone of Belles Hot Chicken to do a pop-up), he spent two weeks in Nashville on a research trip last September, where he ate fried chicken up to three times a day. His itinerary included all the classics – Prince’s Hot Chicken, Bolton’s Spicy Chicken & Fish – and served as a helpful baseline for determining how hot Nashville-hot should be. (Jankovic: “It punishes you for a couple of days”.) Vitally, the trip showed to him that good Nashville chicken was as much about spirit as it was a recipe.

“Food always gets modernised in a sense, but not Nashville hot chicken,” says Jankovic of the homely nature of most Nashville chicken restaurants. “It’s about making people happy. That was so clear to me. There were no timers [used to fry chicken]. These people are cooking from the heart and it’s evident because their kitchens are an extension of themselves.”

And so it is with Drasko’s. Although Jankovic is happy to put the gruelling hours of fine dining behind him, he believes fine-dining techniques – in particular, Noma’s deep focus on fermentation and savoury flavours (the Japanese concept of umami) – have a place in the fried-chook realm. While he’s sticking to time-honoured Nashville methods – the meat is brined, carefully floured, fried, then finished with a deeply seasoned oil – he’ll be switching up specific elements. For example, instead of brining the chicken in buttermilk, he’ll be marinating his birds in a Japanese-inspired dashi stock. Drasko’s flavoured oil contains, among other things, a garum (fermented sauce) made of roasted chicken wings. And based on a taste test of the final product – which is crisp, golden and juicy in all the right places – sweating the details has been time well spent.

The chicken – which you can order as tenders, marylands and wings – will be available in a range of spice levels, ranging from original to extra-hot. For the signature chicken sandwich, a tender breast fillet is served in a custom-baked, woodfired bun along with pickles, coleslaw and comeback sauce, a Southern American mix of mayonnaise, ketchup and chilli. And all the produce will either be certified organic or biodynamic. The oil is a cold-pressed canola oil from Kojonup; the fries will be hand-cut in-house from local organic potatoes; and the house hot sauce is based on a mother sauce that’s been fermenting for 18 months (and counting).

With the exception of weekends when waffles are offered, the kitchen eschews both dairy and eggs, and a dedicated gluten-free fryer has been set up, so diners with a range of preferences and food intolerances can eat at Drasko’s. (And yes, there’ll also be a gluten-free version of that excellent sanga.) Inclusivity is the name of the game at Jankovic’s eatery, which currently seats 40 (but will accommodate 90 when Covid restrictions are fully rolled back) and some will remember as the former Dome in Mount Hawthorn.

“Fried chicken makes people happy and puts smiles on everyone’s faces,” he says Jankovic. “It’s affordable and accessible to everyone. That was one of the big things I really wanted.”

Drasko’s Hot Chicken is due to open at 148 Scarborough Beach Road, Mount Hawthorn in early December. 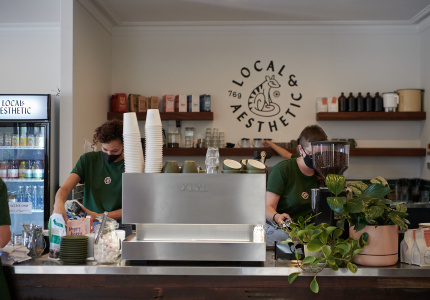