In Defence of Sherry

Los Bravos’s Emma Ferguson is determined to improve sherry’s image, one glass of fino at a time. 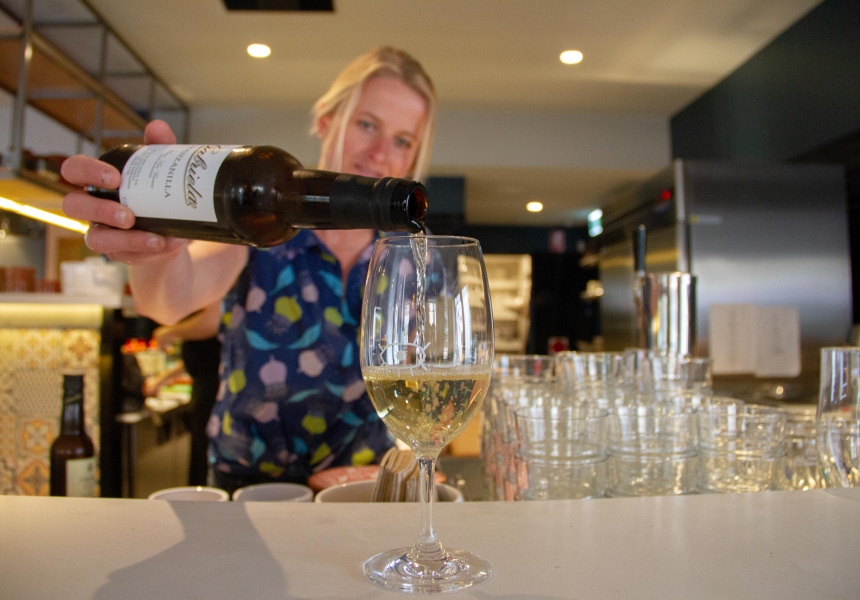 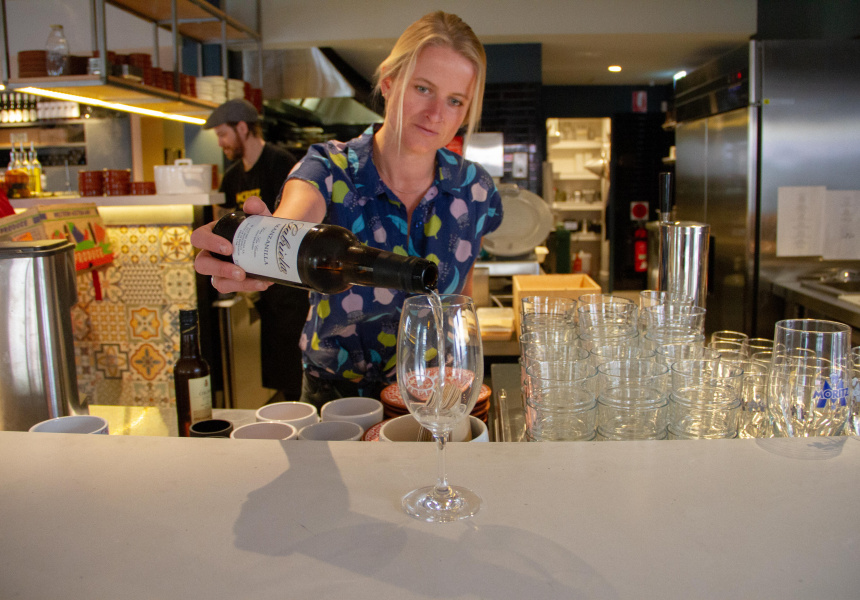 Most Australians don’t have a good relationship with sherry. Many regard it as a cooking ingredient rather than a drink to be appreciated in its own right. Others have been put off by watching a parent or grandparent drinking a low-rent, non-Spanish version out of a giant flagon. It certainly hasn’t historically been regarded as sophisticated or cool. This is something that Emma Ferguson wants to change.

A stint at Spanish eatery Duende introduced her to the finer points of sherry appreciation and sparked a love affair with the Spanish fortified wine. With the opening of Spanish surf-rock inspired tapas bar Los Bravos – the newest venture from Ferguson and husband Dan Morris – she has an ideal vehicle to rehabilitate sherry’s image and change people’s minds.

According to Ferguson, context is one of sherry’s issues, especially when dealing with drier styles.

“You can’t just hand someone a glass of fino or manzanilla and expect them to love it.” she says. “It doesn’t taste anything like a Margaret River sav blanc, so you need to explain what to expect in terms of taste and texture.”

Unlike the balance of sugar, acid and fruit found in white wine, sherry is notable for its dry mouthfeel and salty, nutty savouriness. Sherry also features an earthy funk and complexity derived from being aged in oak casks under a layer of flor, a naturally occurring yeast.

It’s also a drink that’s best enjoyed with food. Flavours and textures that seem odd in isolation snap into focus when enjoyed alongside salty, fatty tapas-bar staples such as marinated olives, sliced jamon or grilled chorizo.

Ferguson is upbeat about her and Morris’s mission to convert Perth into a city of sherry lovers.

“I think Perth is up for anything if it’s delivered correctly,” she says. “So far we’ve been amazed by the response. Young girls, old guys, groups of ladies. It’s been positive across the board.”

Ferguson’s optimism isn’t unfounded. Four years ago when she and Morris opened No Mafia up the road on William Street, “orange wine” – white wine made with extended skin-contact, a technique commonly associated with red-wine production – was largely unheard of. Today, orange wines are found on wine lists the city over.

For those keen to start their sherry (re)education, Ferguson has put together this primer on the main styles served at Los Bravos.

Fino and manzanilla
Light, dry and crisp, these two styles are made the same way from the same grapes, but in different locations. Manzanilla from the oceanside San Luca is a little saltier, fresher and more approachable, whereas fino from Jerez tends towards nuttiness and a richer mouthfeel.

Amontillado
This is richer, nuttier and more complex, with notes of caramel and popcorn thanks to more time on oak. It can be more challenging and have an oily texture similar to an aged chenin blanc.

Oloroso
A sherry that spends more time in oak, again. Additional barrel-ageing makes oloroso richer and more complex again with a deep, reddish orange hue. Ferguson describes it as “the red ale of the sherry world”.

Palo Cortado
Spanish for “crossed by”, this hard-to-find sherry is the result of a special selection and ageing process. When winemakers come across an exceptional barrel during tasting, they mark it with a cross and set it aside for special maturation.

Pedro Ximenez
The best-known and most-approachable style, Pedro Ximinez – or PX as it’s known to fans – is sticky, sweet and filled with raisins, strawberry and rhubarb. It’s already a popular dessert wine around the country, and for very good reason.