“It’s spicy, it’s sour, it’s bitter and it’s very rustic. The dishes we’ll be cooking are dishes we love but are hard to come by in Perth.” 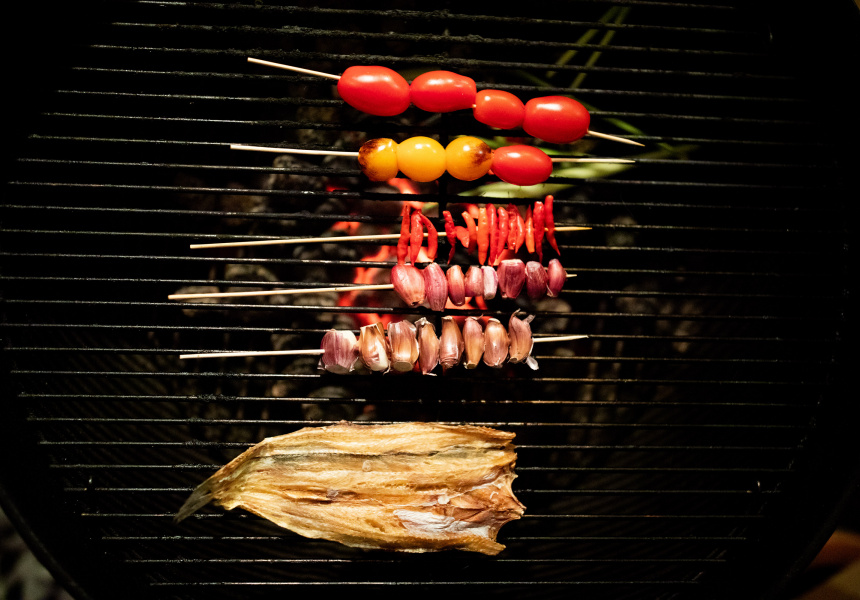 The last time Tom Josham was in Perth, he was helping Thai food authority David Thompson open Long Chim at the State Buildings in 2015. Almost four years later, the British-born chef and his kitchen partner Nicola Hay are resurfacing in the city’s dining scene to present Krua, a one-off Thai dinner taking over a North Perth cafe on March 29.

But whereas Long Chim deals largely in Bangkok’s heavily Chinese-influenced street food, Josham is setting his sights north of the Thai capital and looking to provinces such as Chiang Mai, Chiang Rai and even Laos across the border for inspiration. What’s the big difference between northern Thai cooking and the country’s better-known central and southern dishes? In a word: coconuts. Or at least a lack of them.

“The north of Thailand and Laos is above the coconut line [in Thailand] so doesn’t rely on sweet sauces that feature in many of the better-known Thai dishes,” says Josham. “It’s spicy, it’s sour, it’s bitter and almost everything comes off the grill. It’s very rustic. The dishes we’ll be cooking are dishes we love but are hard to come by in Perth.”

Josham says the menu continues to grow by the day (it’s currently sitting at 11 dishes). Guests can expect fiery salads (som tum, the now-ubiquitous Thai green papaya salad from the Issan region in Thailand’s north-east, will be served Laotian-style using lotus root instead), lots of grilled things (a betel-leaf-wrapped miang filled with marinated fish wing, say) and Luang Prabang-style blood sausage. As is typical in northern Thailand, dishes will be served family-style alongside balls of hot sticky rice that diners traditionally pull pieces off to mop up curries and sauces. To drink, expect spice-sympathetic amphora-fermented wines from Margaret River-based Skigh Wines plus local craft beers.

Josham is well qualified to talk about as well as cook dishes from northern Thailand: his last project before leaving Bangkok late last year was opening Funky Lam, a Laotian restaurant in the city’s Thonglor neighbourhood. Prior to that, he cooked throughout the city (his CV includes time at Paste Restaurant and Thompson’s former Thai flagship, Nahm, both of which are Michelin-starred restaurants) as well as in the UK and Hong Kong. Although Hay doesn’t have the commercial kitchen experience of Josham's, she shares his deep interest in northern Thai and Laotian food and has cooked both cuisines extensively for friends. The event’s name, meanwhile, is a nod to the shared, communal spirit of both the evening and the Thai kitchen.

“Krua means kitchen in Thai and Laotian,” he says. “It’s the centre of the home where people come to hang out, chat, nibble and sit together to eat. It seemed like an obvious choice.”

Krua Perth is on Friday March 29 at Stomp Coffee (39 Angove Street, North Perth). Tickets are $80 per person inclusive of drinks – reserve yours via email.