Come for seldom-seen Thai dishes and benchmark versions of the classics: stay for spice-sympathetic cocktails, wines and a special collaborative beer that will be launched on the night. 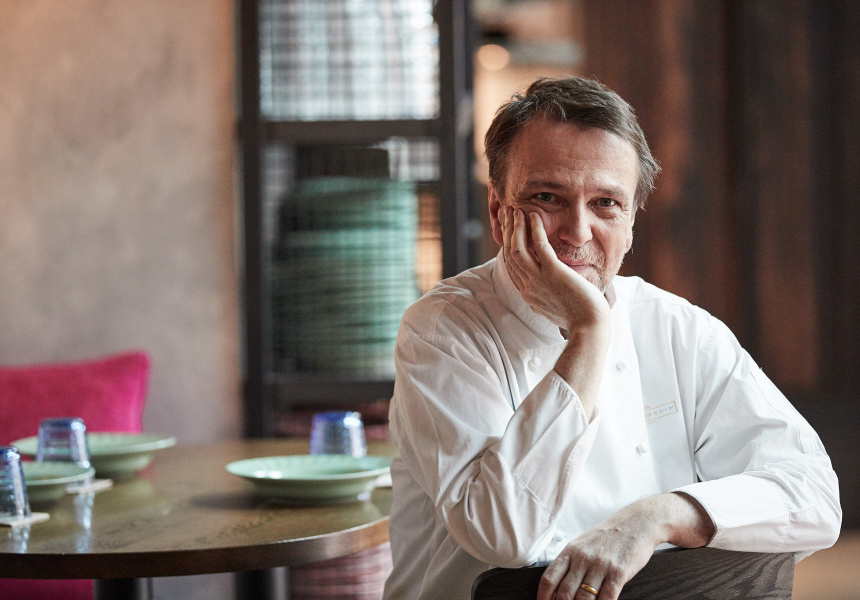 Here’s the thing. Thai food might synonymous with chilli, but David Thompson – the world-renowned Thai food authority behind Long Chim – insists that the spice isn’t just there for dramatic effect.

“When it comes to chilli, the Thais always have a little more sophistication,” says Thompson. “It’s always a balance. There might be a dish with an onslaught of chilli but there’ll also be one or two relaxing dishes.”

This month, Thompson has the opportunity to walk the walk when he flies to Perth for Burning Down The House, a one-off all-chilli dinner exploring the role spice plays in Siamese cooking. Yet for all this talk of balance, the menu will still be plenty hot. Thompson, as anyone that’s eaten Long Chim’s Chiang Mai-style larb will attest, isn’t one to shy away from chilli and seemingly innocuous sounding dishes – see the incendiary “wild ginger curry” he served while in charge of Nahm in Bangkok – hint little at the capsaicin thrills that await.

Among the dishes to be served on the night: grilled catfish salad, a dhufish tom yum soup, squid stir-fried with chilli, black pepper and its own ink, plus a beef red curry. Will the seemingly soothing yellow beans simmered in coconut cream be there to offer respite? Possibly, but considering Thompson has a reputation for both booby-trapping dishes (Thompson: “I used to feed them [chillis] to people with gleeful, vengeful aplomb but I’ve done it so often, it’s getting to the stage of boredom.”) and a strict adherence to Thai tradition, it’d be foolish to make assumptions.

Burning Down The House will be held at Long Chim on Thursday July 18. Tickers are 185. A few seats along the kitchen counter remain and are available direct from Long Chim by emailing hi@longchimperth.com.