“You have to understand – this is very rare. To get someone to teach you how to create your own cheese program is almost unheard of.” 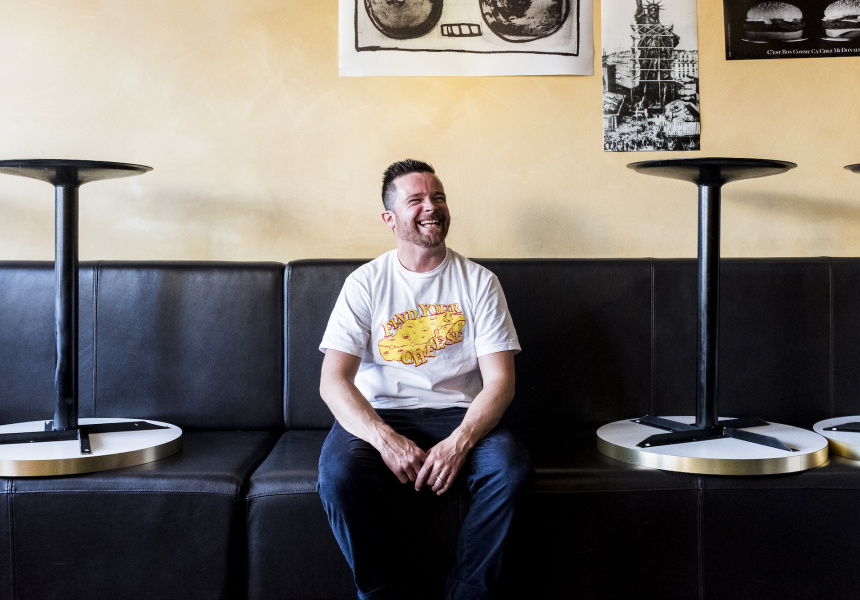 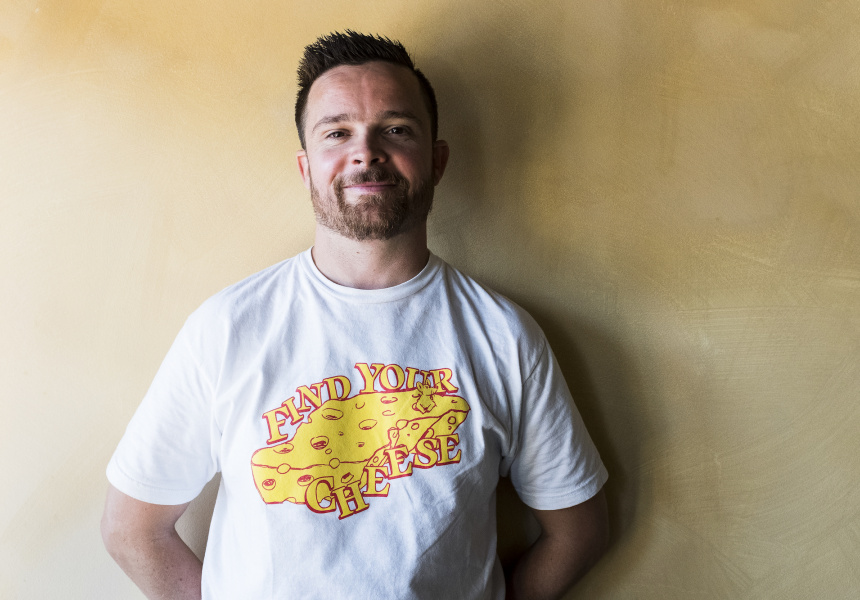 Colin Wood considers himself an apprentice when it comes to making cheese. Colin Wood is selling himself short.

As those who follow the softly spoken Perth chef on Instagram will attest, Wood is something of a milk whisperer, as evinced by the mug shot-like line-up of home-made camemberts, ricottas and washed-rind cheeses that populate his feed.

Beyond his at-home exploits, he set up the cheese-making programs at powerhouse Victorian restaurants Cutler & Co and Oakridge Wines. And during his time as culinary director for it-chef Ignacio Mattos – the Uruguayan behind New York hotspots Estela, Flora Bar and Altro Paradiso – Wood found time to make and age one-off cheeses for special events and dinners in between teaching and mentoring the group’s head chefs.

Almost 14 years after leaving Perth in search of cooking opportunities, Wood is temporarily back home and passing on his knowledge to others, starting with establishing a cheese-making program at Beaufort Street bistro Le Rebelle. From a cheese-making perspective, he timed his return well.

“I didn’t realise it, but winter in Perth is when cows are eating lots of grass, which gives the milk a really rich quality. So now’s an ideal time to be making cheese,” Wood says. “When we picked it [the milk] up yesterday [Monday], it was still warm. With cheese-making, it’s all about the freshness.”

In this case, the credit for part of that freshness can be attributed to The Grumpy Farmer, a tiny dairy that sources milk from a single, organic-certified herd of Guernsey cattle in Serpentine. The milk, as those that have tried it will know, hits all the right notes for creamy and full-flavoured and is equally suited to yoghurt experiments as it is on your morning Weet-Bix.

Le Rebelle chef and cheese-making padawan Liam Atkinson is excited about learning from Wood (the two worked together at the Subiaco Hotel not least because the pair has spent years going back and forth on social media about making cheese together. Now that Wood is back home, Atkinson isn’t taking this opportunity lightly.

“I feel a responsibility,” says Atkinson. “I said that to the boys in the kitchen. ‘You have to understand – this is very rare. To get someone to teach you in-house how to create your own cheese program, that’s almost unheard of’. I feel super, super lucky.”

Initially, Atkinson hopes to produce five cheeses, starting with a fromage blanc that’s suited to both savoury and sweet applications. Plans are being drawn up for camembert and aged hard cheeses, while early trials with burrata curds taste more than promising. A Persian-style cheese by way of Provence – the cheese is marinated in lemon zest, confit garlic and lavender – shows similar potential while Atkinson is mulling over making clotted cream: a nod to his mum’s roots in Devon in England.

Fromage aside, the cheese-making program also produces whey that will be flavoured with fruit and spices and fermented into sparkling whey sodas. While Atkinson says the kitchen is excited about its latest project, this isn’t a vanity DIY project.

“It’s not about us making everything ourselves for the sake of it, it’s about doing it to have a point of difference and different ingredients,” he says. “We need to make things at the highest standard to make it worth it. That’s why I’ve never bothered to learn how to make cheese without Colin.”

For Wood, making cheese goes beyond having something delicious to cook with at restaurants, eat at home and share pictures of.

“It gave me this sense of something different, beyond the everyday grind of the kitchen,” says Wood, who was inspired by Victorian cheese pioneer Richard Thomas. “Making cheese is such a time-consuming thing, it helped me relax and gave me time to breathe.”