Seek out this hidden cafe for expert coffee, comforting Greek custard and phyllo-pastry pies, and a great house-made conti roll. 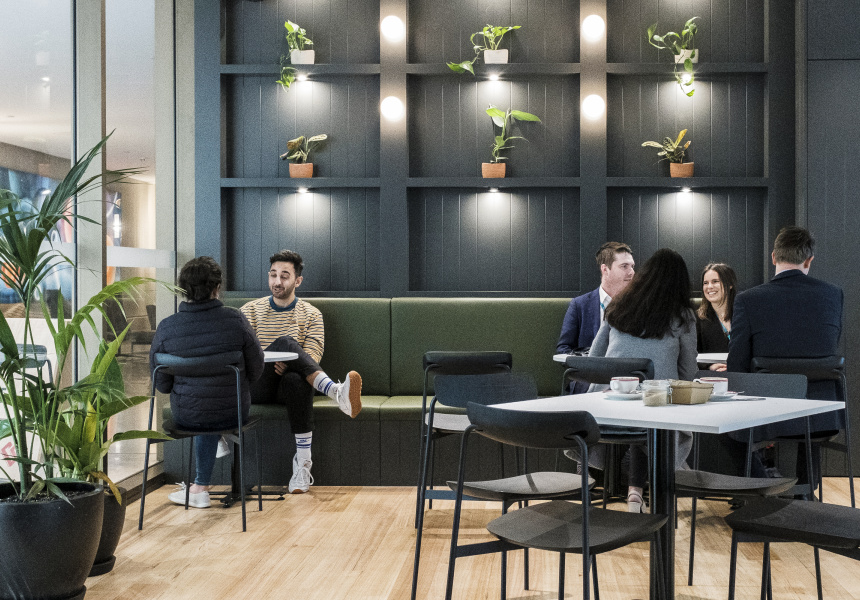 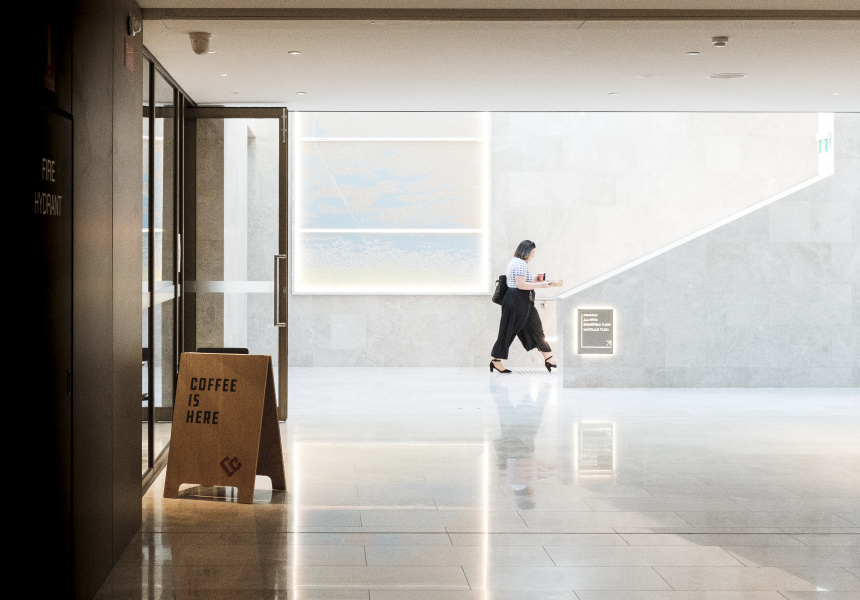 First there was Community Coffee Co, a low-key Subiaco cafe that roasted its own coffee and poured it alongside Greek sweets and snacks. Then came a CBD offshoot, a bijou espresso bar that opened on St Georges Terrace in April 2020 and served batch brews, North Street Store cinnamon buns and other vital fuel sources for nearby office workers. For venue number three, team Community Coffee Co is staying in the city, only they’ve moved a little further west along the Terrace and taken refuge inside Parmelia House, the headquarters of property developers Hawaiian. The decision to shack up with Hawaiian was as much about working with friends as it was about beefing up Community’s presence in the CBD.

“We were always looking at another city site because we wanted to bookend St Georges Terrace,” says Laurence Greenfield, one of Community’s directors. “We have a good relationship with some of the guys at Hawaiian, and when we were offered this site it was a no-brainer.”

Designed by Adam Paikos-Coe of Hassell Studio, Community Coffee Co 177 has been cleverly amalgamated into the surrounding space – so much so that first-timers looking for it might argue it’s been amalgamated a little too successfully. (The imminent installation of a motel-style sign will make the cafe easier to pick out for pedestrians along Mercantile Lane. For those entering through the lobby of the Parmelia Hilton hotel, look for an A-frame proclaiming “Coffee is here”.) Light timber and black furnishings tick the boxes for contemporary cafe design while dark green banquettes and potted plants introduce a splash of colour to the cosy space.

Coffee-making duties are handled by cheery baristas working a handsome La Marzocco Strada AV espresso machine and a top-of-the-line Tone batch brewer. Hellenic baked goods such as galaktoboureko (a Greek custard and phyllo-pastry pie) and kourabiethes (almond biscuits) share takeaway cabinet space with North Street Store and Big Loaf treats. House-made rolls include a conti-esque sandwich made with ajvar, the famous Balkan capsicum and eggplant relish. Just as the food echoes the Greek and modern treats found at existing Community cafes, so too does the new space’s mission statement.

“I’ve always seen cafes as community hubs, where people who live or work in an area can gather to socialise with one another over great coffee and good food,” says Greenfield. “The space we’ve created here is very similar to our Subiaco store: it’s a little bit tucked away and a hideaway from the hustle and bustle of a main street.”