The neighbourhood wine store has been three years in the making and aims to champion lo-fi, minimal-intervention wines and local producers. 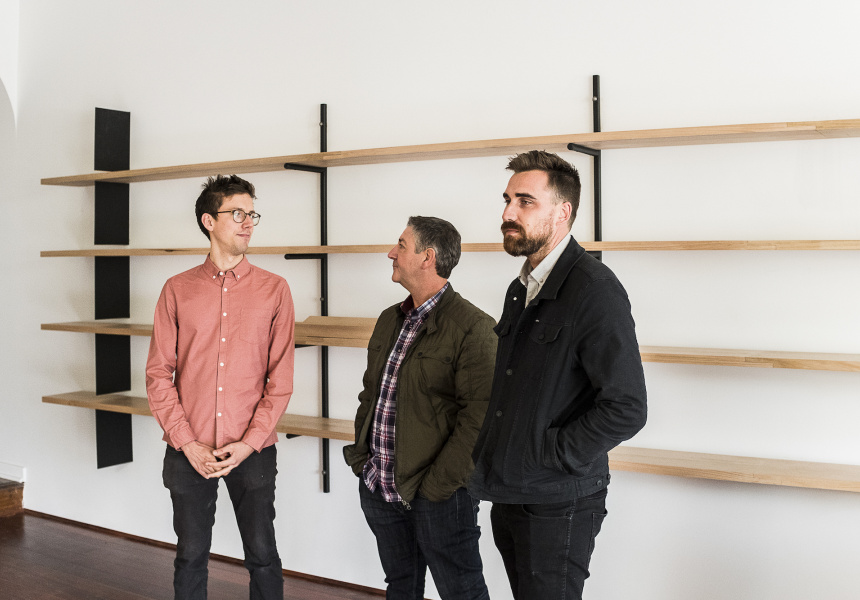 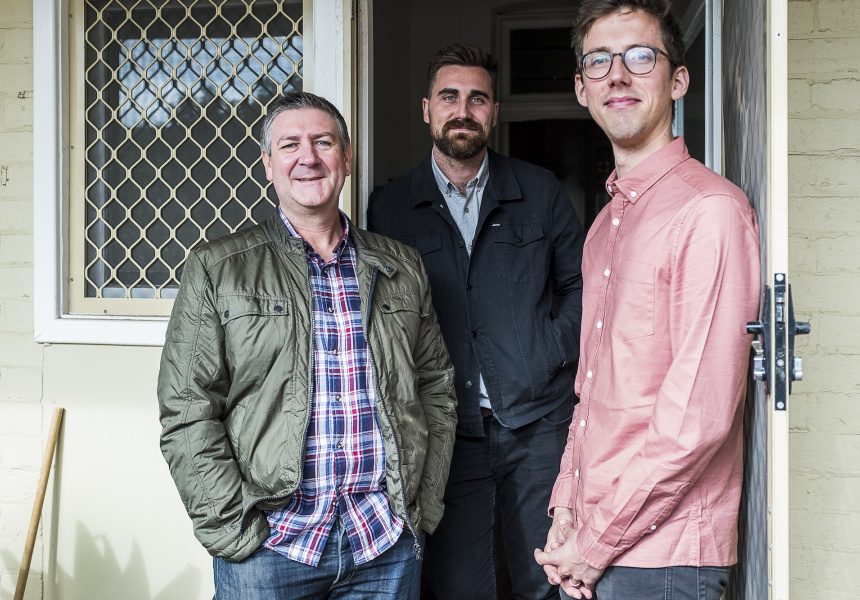 Commune Wine Store co-owners Peter Baker, Chris Ford and Paul Heatley have big plans for their small bottle shop. A comprehensive range of boutique local, national and international wines, primarily lo-fi and minimal-intervention. House wines on tap that guests buy by the (refillable!) bottle, craft-beer growler-style. An annual wine festival. In short: the guys are serious about making Commune Wine Store a key player in the state’s fast-growing wine scene and have spent the last three years planning the project.

In an ideal world, Commune Wine Store would be open and this would be a story about what to expect. Instead, the operation has been put on hold following a decision from the Department of Racing, Gaming and Liquor (RGL) to knock back the store’s liquor license application.

“It was a dark day when we got that email,” says Ford.

His fellow owners share similar sentiments as we chat in their (would-be) Railway Parade bottle shop, a good looking, uncluttered space that the trio renovated themselves. Custom-built shelves line the walls. Fridges are conspicuous in their emptiness. That unmistakable new paint smell is all around us. Freshly varnished floorboards sparkle underfoot. A handsome stone and timber counter greets guests at the door. The space is more Wise Child, The Wine Thief and Wines of While than discount booze barn: the sort of establishment – “large packaged liquor outlet” – the government might have had in its sights when it introduced amendments to the liquor control act in November.

Although the knockback letter from RGL did not include a reason for the department’s decision, one suspects these amendments – specifically regarding proximity to existing liquor retail outlets and a stipulation that “local packaged liquor requirements cannot reasonably be met by existing packaged liquor premises” – may have come into play: odd when you consider the specialised nature of Commune’s offering.

“Anyone that’s behind this [front] counter is going to either be a sommelier or a winemaker,” says Ford. “That was our criteria for employing staff. We want people to come in and taste wine and learn.”

Wine education aside, Commune Wine Store will also champion small and emerging WA producers that might struggle to secure shelf space at other retailers.

“A fair chunk of [the range] is going to be small producers we know personally who can’t sell their wines to other venues,” says Heatley. “They knock our business away, that’s like thousands of dollars they’re also taking from local winemakers because you can’t buy their products [at a lot of places].”

The Maylands community seems eager to welcome Commune Wine Store to the neighbourhood. The owners say that when they lodged their liquor license application in October, it was met with no objections from other businesses or the police and health departments. Since they took over the store, fellow neighbours have made them feel nothing but welcome.

“Since starting this whole venture, the support of some of the local businesses in Maylands has really blown us away,” says Baker. “People like Rossonero and Seasonal Brewing: those guys have been absolute legends.”

The owners will appeal the decision. In a bid to offset some of the legal fees from the appeal, Commune Wine Store will team up with other Perth hospitality operators to throw a series of fundraisers: further proof the community is on their side.

“Everyone’s rallied around us,” says Ford. “It’s been heartwarming. These guys have nothing to gain from it. They’ve just come out and said they’ll help us.”