You’ll be able to park yourself at a 10-metre-long bar for espresso, pour-over and V60 coffee while watching the beans being roasted. There’ll also be cold brew on tap (made in-house in large beer-style tanks), and baked goods by Big Loaf. 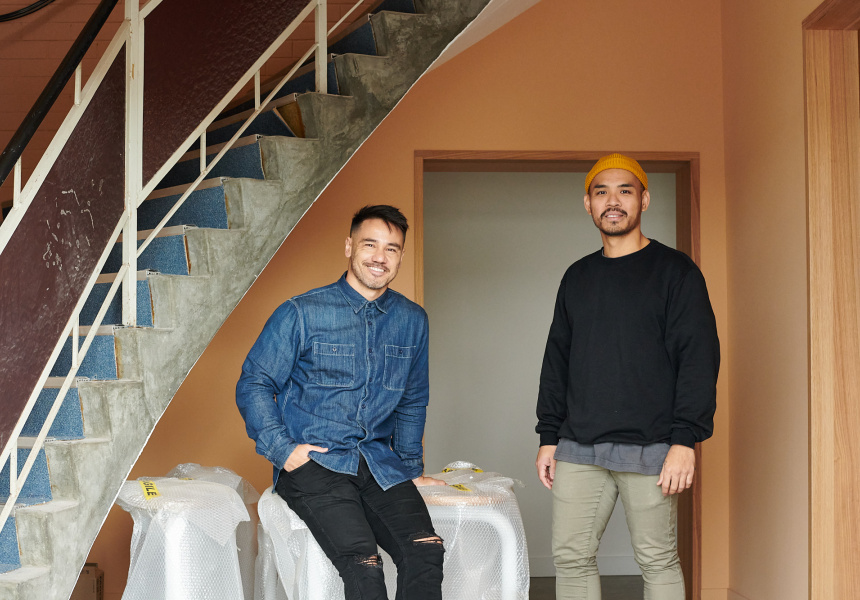 After eight years supplying coffee beans to top local cafes such as Hylin, Soho Lane and Best Wishes, Micrology Coffee Roasters is opening a place of its own.

Roaster and founder Daniel Ash is moving operations from a shared roasting space in O’Connor to a spacious warehouse in Osborne Park, where he’s adding a customer-facing retail and dine-in service.

“We’ve been doing wholesale for a while, and this had always been something we wanted to do,” says Ash, who runs the business with wholesale manager (and two-time award-winning barista) Ziggy Varamulia. “A retail spot can provide a tangible aspect to the brand, as well as give customers an experience where they can see production and be part of that process. There’s only so much you can [show] walking around, banging on the pavement, telling people what you do.”

Behind a freshly painted blue-brick frontage on Collingwood Street, the space will soon house a 10-metre-long coffee bar (where customers can chat to baristas and learn about coffee while sipping espresso and filter brews), a microbrewery (where Ash and the team will make cold brew in large beer-style tanks) and a brand new cast-iron Probat roaster imported from Germany.

“The idea is that someone can come in and grab a glimpse of what we do as a roaster,” says Ash. “They can see the coffee training, they can see the quality control happening, the roasting, the cold-brewing in our little microbrew section. They can see it all happening in one space.”

The focus is squarely on coffee – specifically, Micrology’s range of core blends and single-origin beans for espresso as well as high-end filter coffees – all roasted on-site.

Baristas will rotate between La Marzocco and Synesso machines for takeaway coffees and sleek under-counter Modbar equipment for drink-in espresso and pour-over. They’ll also offer manual-brew options such as Aeropress and V60 (the gear can be purchased in-store too).

The coffee bar will hold six taps pouring cold and nitro brews, kombucha, and other rotating drinks. Other non-caffeinated alternatives will include a spiced-pear chai tea and a vanilla-wafer latte.

With all hands on deck for coffee, there’s no kitchen – but you can expect pastries and other baked goods supplied by Big Loaf and Bassendean’s Holly Raye’s, one of Micrology’s wholesale customers.

Ash is tight-lipped on the interior but is promising a bright, peach-coloured 25-seat space designed by Adelaide architect firm Studio-Gram, which has worked on some of that city’s best hospitality fit-outs, including Leigh Street Wine Room and Osteria Oggi. Multidisciplinary design and production studio Remington Matters, which is now split between Adelaide and Perth, is producing furniture and custom lighting.

“The vibe is fun and approachable, and that was the brief with Studio-Gram: sometimes these places can be a bit alienating for people who are not quite as geeky as the rest of the coffee people,” says Ash. “We want an inviting spot for people to see what we do and hopefully encourage them to try a bunch of coffees in a casual setting.” 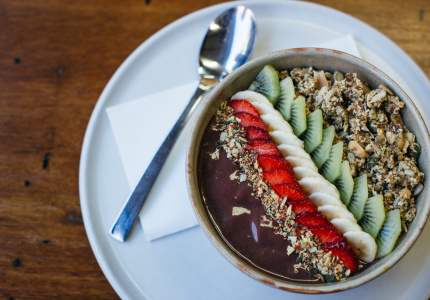