Coming Soon: A Beaufort Street Wine Bar Riffing on ’90s Italian Nostalgia From the Threecoins Family (With an Emerging Young Gun Chef in the Kitchen)

“Most places work on this ’60s, ’70s Italian nostalgia, but that’s not our generation. We grew up in the ’90s and we want to play on that nostalgia: our nostalgia.” 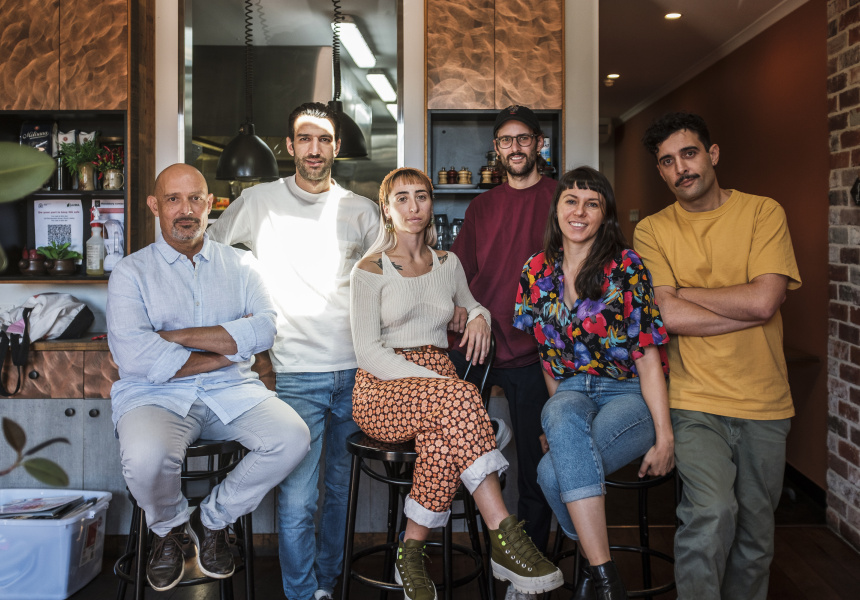 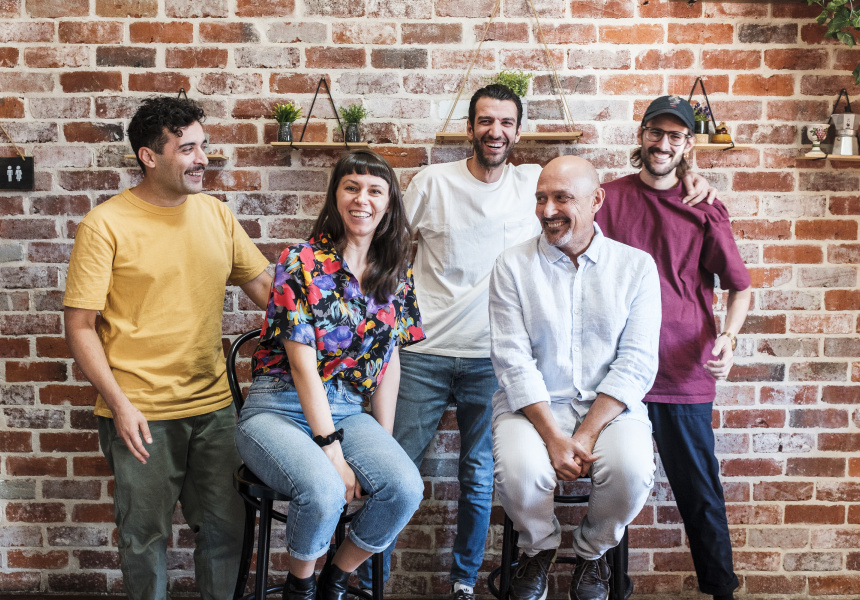 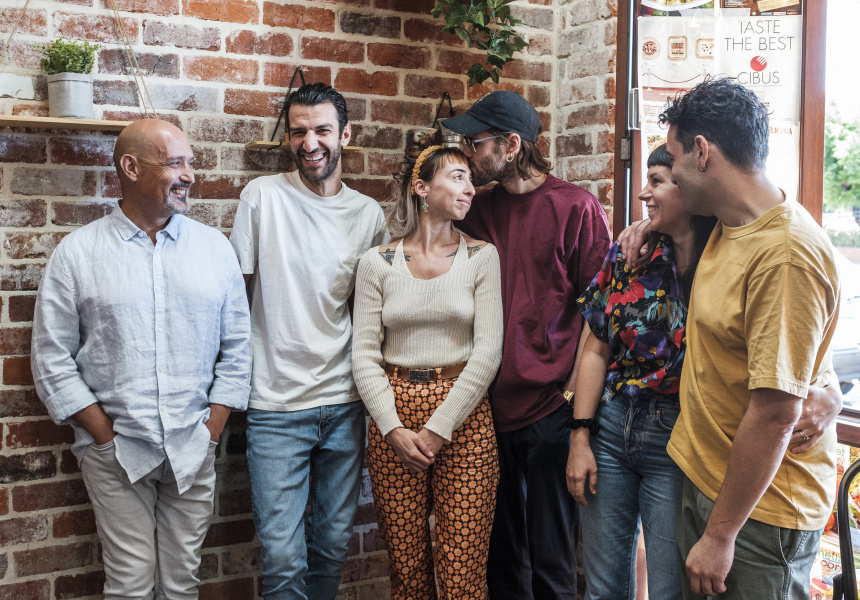 Before February, tenancy number 12 at 760 Beaufort Street had been home to Trio: a cafe-slash-eatery from the Trequattrini family (also behind Threecoins, a homely trattoria a few doors up the road). When Broadsheet visits in early February, the windows are caked in pages cut from Italian-themed food magazines. A stoic Al Pacino stares out at Secondeli across the road. Some scamp has taken to a picture of Jamie Oliver with textas. Impossibly blue waters evoke memories of Capri. Taken as a whole, this life-size Pinterest mood board conjures a colourful pastiche of Italian living and eating. If everything goes to plan, the magazine pages will come down in May to reveal the Trequattrini’s new (as-yet-unnamed) 60-seat wine bar, an Italianate space that speaks to the family’s story and heritage.

“Most places work on this ’60s, ’70s Italian nostalgia, but that’s not our generation,” says Frank Trequattrini, the 30-something chef at Threecoins who, come May, will be dividing his time between the two venues. “We grew up in the ’90s and we want to play on that nostalgia: our nostalgia. It needs to be authentic to us and not something that we got from some marketing guys.”

Joining Frank and I at the recently mothballed Trio are other members of the Trequattrini family. Some – like Frank’s father Fabio, who quit a job in pharmaceuticals to relocate to Australia from Perugia (capital of Umbria) in 2013 – are family members by blood. Others, such as Frank’s wife, restaurant manager Katia Taschetti, are family by marriage. And others are family by loyalty and hard work, as is the case with sommelier Antonio di Sanzo who has been working alongside the Trequattrinis for seven years. In one way or another, everyone at the table is going to be hands-on in running the new venture.

The newest addition to the family is Christopher Caravella, an emerging Perth cooking talent who came up in his family’s legendary Fremantle Italian restaurant, Capri, before hooking up with the team at Mount Hawthorn wine bar La Madonna Nera. He’s come aboard and will be running the kitchen along with Frank. Where Threecoins and Trio played a relatively straight bat with the cooking, 760 Beaufort Street will see the food veer in a different direction.

“The menu’s obviously going to have a strong Italian backbone, but beyond that everything’s fair game,” says Caravella, whose partner, Martina Ciotti, will be working front-of-house and helping to make pasta for the bar. “We want to reimagine classics and play to the strengths of Australia being part of the Asia-Pacific region. As long as there’s a connection you can draw between cuisines or ingredients, it’s fair game. We’re gonna play around and have fun with it. There’s nothing worse than opening another nondescript Italian restaurant and ending up hating the food we’re cooking after a year.”

In more concrete terms: expect a tight menu with around a dozen items ranging from wine-friendly snacking to more substantial dishes – including remixes of spaghetti and meatballs, chicken parma, carbonara and other hits from the Italo-Australian songbook. (We pause here to reflect, with fondness, on La Madonna Nera hits such as the san choy bao-style prawn-cocktail lettuce cups, as well as the Chinese-influenced tagliolini with clams).

The kitchen will also celebrate the Trequattrinis' Umbrian heritage including exploring norcineria: preserving and curing traditions synonymous with the historic town of Norcia. (New Norcia, the country's only monastic town, is named after this Italian town.) While the kitchen takes a freewheeling approach, the service style will be about keeping things casual and relaxed – a throwback, says Caravella, to family meals at his grandmother’s place, as well as a reflection of how management like to eat and drink.

“It’s important for us to decide which parts of the cultural experience we want to present and preserve for future generations,” says Caravella. “For me, coming from an old family restaurant and growing up Italo-Australian in the ’90s and 2000s, there are certain things that after our generation could potentially be lost. If we don’t start preserving them and have a place where we can pass those traditions on to another generation, then we stand to lose them.”

The wine will focus largely on Italian varietals and styles, with glass prices designed to be inclusive rather than exclusive. Low-intervention vino, unsurprisingly, will feature prominently, although the list won’t be exclusively natural. “Goon” wines – a light-hearted throwback, say the owners, to the silver pillows of the ’90s – will also be offered, alongside classic Italian cocktails.

The Trequattrini family’s as-yet-unnamed wine bar is slated to open in May at 12/760 Beaufort Street, Mount Lawley. 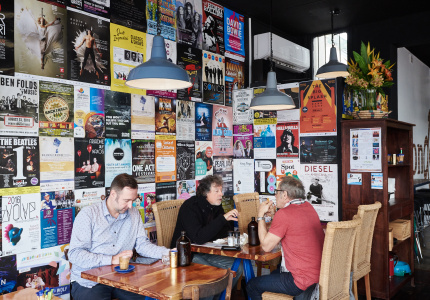