When it opens next month, the cosy 50-seater will begin with coffee and baked goods (think morning buns baked with local flour and lemon bars made using locally grown Tahitian lime), plus weekend treats starring house-smoked bacon made with chestnut-fed pork, before introducing lunch and dinner. “We’re opening a hospitality venue that is sustainable for us and that we can grow and change with.” 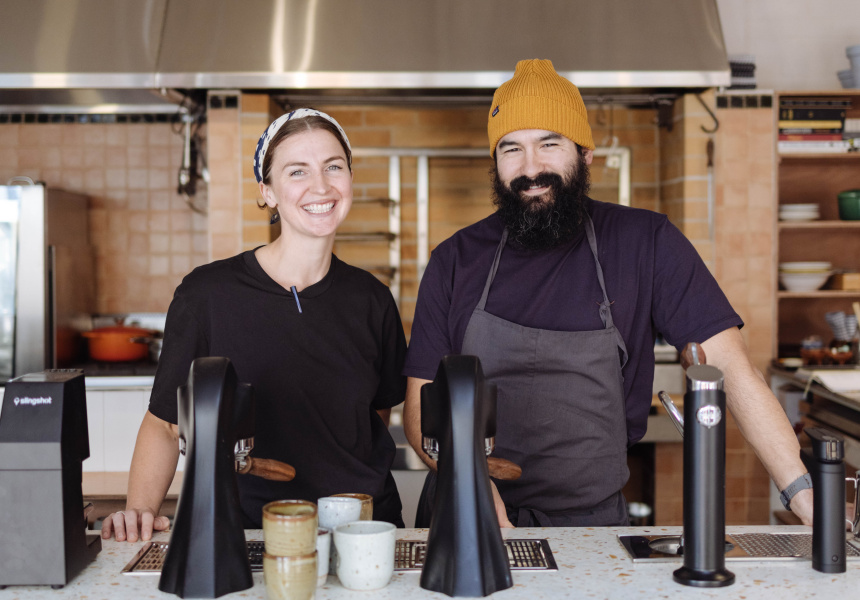 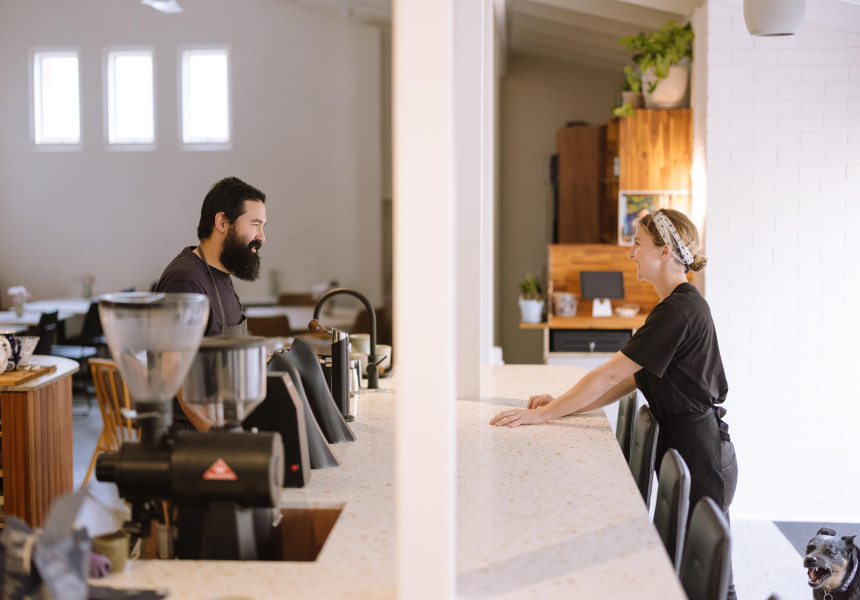 When word got out that Ben Ing and Kirsty Marchant – head chef and head gardener from Copenhagen’s Noma (yes, that Noma) – had moved to WA at the end of 2020, locals were understandably excited. Where are they going to work? What are they going to do? Are they going to open their own place? Can they get me a reservation at Noma? These were just some of the questions interested observers pondered out loud.

Next month, Ing and Marchant will answer some of these questions when they unveil Alberta’s, a cosy 50-seater that embodies their attitude towards feeding, watering and looking after guests. While the couple hopes Alberta’s is going to be a lot of things, one thing they don’t want is for it to be a Noma knock-off

“Noma will always be a part of our story but it doesn’t define what you do next,” says Marchant. Born in Perth, she made her way into the Noma family by working at the restaurant’s Sydney pop-up in 2016, before working her way to the role of head gardener. “It can define you and your quality and your moral standards, but it doesn’t mean you have to keep doing the same thing.”

The choice of location for Alberta’s is perhaps a little unexpected, with Marchant and Ing opening their first venue in the south-west town of Busselton, taking over the former coffee shop, Merchant & Maker. Busselton is about a 2.5-hour drive south of Perth, at the gateway of Margaret River. (In 2023, Busselton's 1.8-kilometre, heritage-listed Jetty will be home to a $30 million whale-shaped underwater discovery centre.)

While many factors informed their decision to go regional – the Yallingup-based couple cite proximity to producers as a non-negotiable as well as wanting to take over an existing space rather than build somewhere new – the biggest was the pursuit of a work-life balance.

“We’re opening a hospitality venue that is sustainable for us and that we can grow and change with,” says Marchant. “It doesn’t mean that we’re dropping our standards and it doesn’t mean that what we learned in Copenhagen isn’t applied to everything we do.”

The look of Alberta’s is perhaps its most immediately Nordic feature. The walls have been painted white, an undercounter Modbar coffee machine ensures the marble counter is clear and uncluttered, while a turntable is on hand to play records.

Sustainability and good old-fashioned pragmatism are other key ideas in play. The handsome ridged wood panelling that beautifies the kitchen was salvaged from a house being demolished; the cupboards are stocked with op-shop cutlery and plates and the kitchen was designed from the pot-wash section out. (“The most important part of the kitchen,” quips Ing.) Like they say, Alberta’s is no Noma-lite. But while Marchant and Ing are very clear about managing expectations, they’re also very much focused on customer experience.

“We’ve come from a place where for every guest, there’s one and a half people looking after you,” says Marchant. “You want to give that level of service but how do you do it when you’re a team of four? We realised we just need to strip it back and communicate. We’ve got an open kitchen and we’re all going to be looking up and greeting guests. Everyone we’ve hired is going to be doing it all: making coffee, washing dishes, helping in the kitchen, everything. We’ve been to those places that manage that and it’s fun. As long as you can see that everybody’s working and your people are kind and hospitable, you don’t get annoyed.”

Although dinners and events are part of Alberta’s grand plan, the restaurant – management are pitching it as a “kitchen and store” – will ease into things gradually. When it opens next month, it will begin with coffee and baked goods before slowly introducing lunch and then, further down the line, dinner. Initially, the food offering will consist of “things you eat in the morning” rather than a full-blown breakfast service – although these will be things you eat in the morning reimagined through the mind of someone that ran one of the world’s most formidable kitchens for five years. Think morning buns baked with triticale flour from Kendenup farmers Goodies Farm, lemon bars made using Tahitian lime grown by Dan and Caitlyn Atkinson at Gunyulgup Farm, and weekend treats starring house-smoked bacon made with chestnut-fed pork.

“It’ll be all these little things that put a special little touch on everything,” says Ing, a softly-spoken Chinese-Canadian cook who came to Copenhagen via high-end restaurants in New York and his hometown of Ottawa.

Coffee aside, Alberta’s will also showcase tea from Cowaramup-based Ripple Effect Tea Co alongside house-made juices (the opening juice will be made using two varieties of apple and Geraldton wax). In future, Marchant and Ing also want to ramp up the retail side of things and sell thoughtful non-alcoholic beverages – such as Non and Heaps Normal – as well as produce and other goods. But most importantly, Alberta’s will be a chance for staff and owners to introduce themselves to the locals and reinforce their commitment to their new south-west community.

“Some people are going to come and expect to have this Noma experience, and in a way, they kind of are because we’re valuing everything that we do,” says Marchant. “Whether it’s serving a pastry or making coffee, it’s still going to be the same level of care and thought because it’s all about produce, people and hospitality.”