Members get free waffles and all the Cleaver Street coffee they can drink. 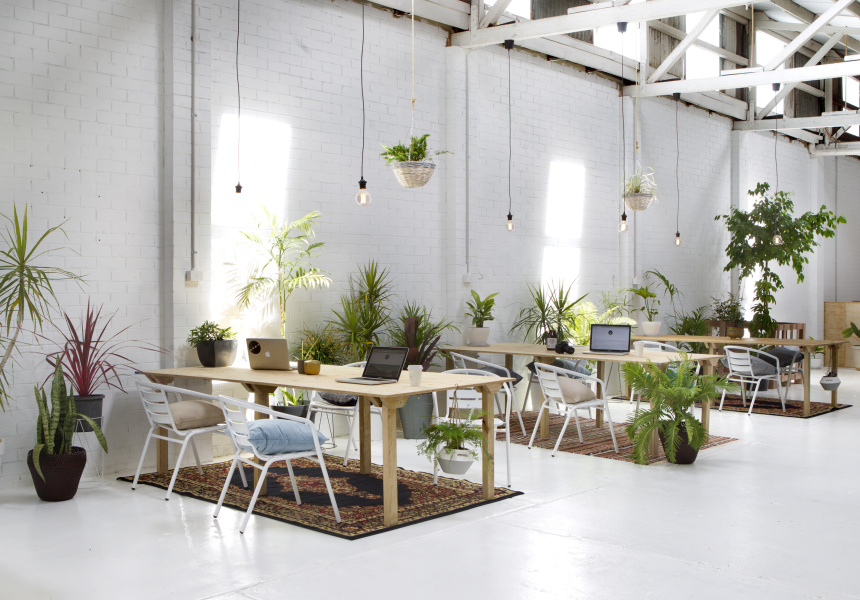 Most coffee barons grow their empire by opening cafes. Cade Eglington wants to grow his by opening a co-working space. Unconventional? You bet, but considering this is the man who turned a window at a deli into a thriving neighbourhood cafe, the entrepreneurial West Perth local might just be on to something.

Introducing Cleaver Street & Co. Studio, a joint venture between Eglington and graphic designer Jaiden Eastcott. Measuring 270 square metres with plenty of natural light, greenery, white walls and wi-fi, the converted warehouse is, to quote Ellington, “a calm space to work in.” It’s also approximately 200 metres from the cafe: an important detail as all members have access to as much Cleaver Street coffee as they can (sensibly) drink. While you’ll have to reach into your own pocket if any of the cafe’s sweets and baked goods take your fancy, a communal waffle iron is on hand to provide sustenance in the office. Although membership at the studio is open to all, its owners say the space is particularly suited to creatives.

“We've created a space to cater to people that don't respond to traditional work environments,” says Eglington. “We want people to be able to use the space, be themselves and have their own identity. Having a support network around you and being surrounded with likeminded people makes pursuing a career in the creative industry that little bit easier.”

Initially, the space is available to members between 8am and 5pm during the week, and it may even be transformed into a photography studio afterhours. For Eglington, his plans for the future are similarly bold with furniture, clothing and community projects earmarked are potential areas of expansion.

Cleaver Street & Co. Studio is at 14 Cleaver Street, West Perth. Memberships start from $29 for a day and $75 for a week. Potential members are invited to visit the space for a free trial until Friday September 2.