Get ready to geek out over the super-rare espresso and filter apparatus. 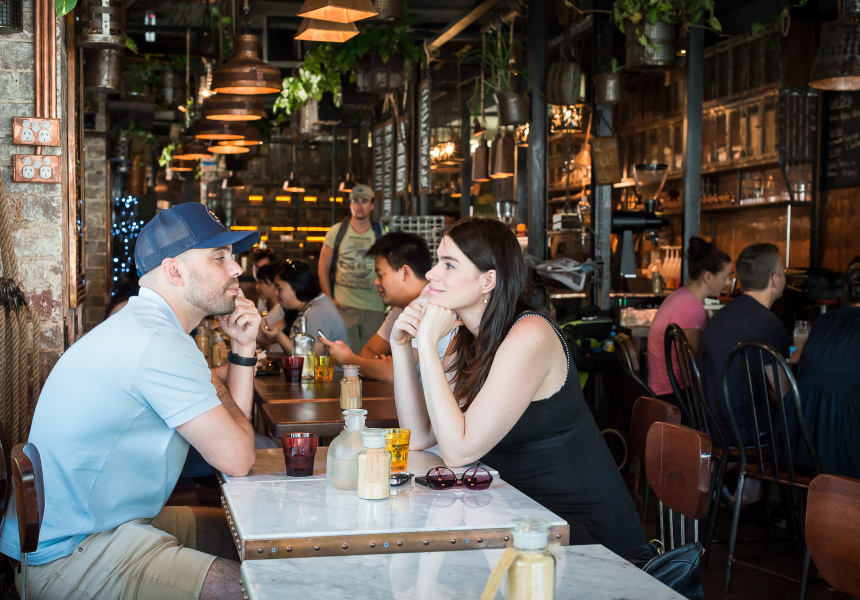 When the team behind Blacksmith Perth says handmade, it means it. Scheduled to open in May in a former Beaufort Street vet clinic, the cafe is a masterclass in DIY. Made out of recycled metal, steel and copper, all of Blacksmith’s furniture has been built from scratch, as has the fit-out. The bread will be baked daily in-house and the espresso machine has also been custom-built.

Although the cafe will be true to its name and Blacksmith’s existing Sydney sites in Mona Vale and Surry Hills, Blacksmith Perth is no cookie-cutter venue.

“Instead of being a real, dark blacksmith look, I wanted to open up with white space,” says Blacksmith Perth co-owner, Michael Ng. “Sometimes it can be too masculine. I wanted to make things just a bit more family oriented.”

This thinking isn’t limited to the colour of the walls. The rear of the cafe opens into a covered alfresco area with a large drawing room and sandpit for kids to play in. Budding horticulturalists will also be able to dig around in an on-site vegetable garden.

Breads and pastries will be baked daily, and baguette fillings such as lemongrass chicken reflect the Vietnamese heritage of Ng and business partner Charlie Luong.

The focus on coffee is clear, starting with the machine. Built by industrial designer and artist Kees van der Westen, the custom-made ‘Spirit’, commands the attention of the main room. The Dutchman rarely makes the model this large: Blacksmith Perth’s machine is only the second of its kind with the first residing in Los Angeles. Caffeine geeks can also fawn over the filter coffee bar with an impressive collection of brewing apparatus. Coffee will be supplied by Toby’s Estate with single-origins rotating weekly.

Blacksmith Perth is at 460 Beaufort Street, Highgate and will open in early May.