“We’re trying to get as much as we can out of beer and transfer that to food.” 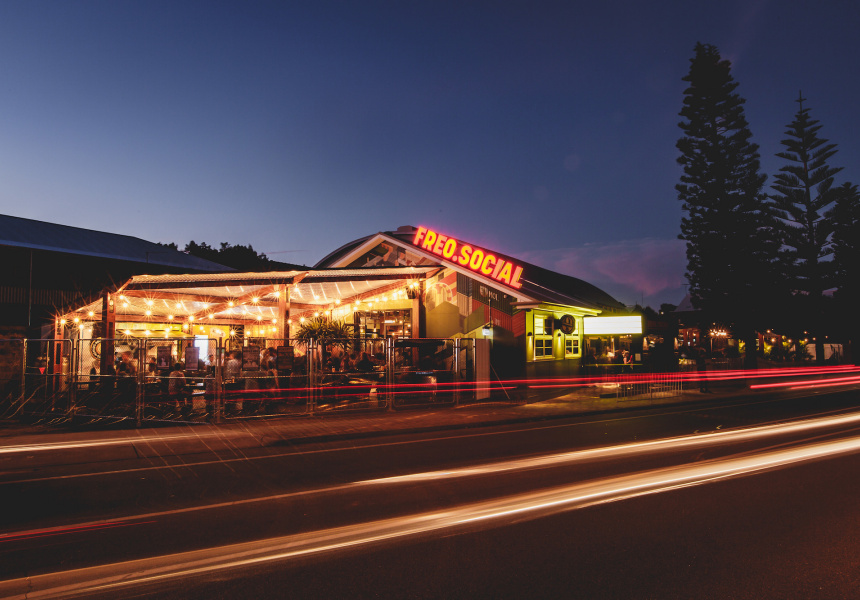 What do you call a pie and a six-pack in Australia? A seven-course meal. Or so the joke used to go.

Fortunately, eating and (beer) drinking have come a long way in WA, as evinced by the steady growth in brewpub numbers across the state as well as the considered food offering at beer-centric venues such as Petition Beer Corner and the sadly departed Baby Mammoth. The latest argument that beer-and-food-matching is neither a punchline or oxymoron: Beer Kitchen, Freo Social’s new beer-centric kitchen and, as of Wednesday, the venue’s primary food offering. (The food trucks that have been feeding guests will relocate to the Myaree headquarters of Otherside Brewing, the owners of Freo Social).

At its core, Beer Kitchen is about providing revellers with tasty, beer-friendly snacking. But for chef Garth Cleveland, the prosaically named kitchen will also serve a secondary purpose: making use of by-products from the brewing process.

“Every single dish will have at least one element of beer in it whether it be the wort, the hops or the spent grain,” says Cleveland, a chef that comes to Freo Social after two years as sous chef at Young George. “But none of it will be done as a token gesture. It’s all designed around flavour profile and relevance to the dish. We’re trying to get as much as we can out of beer and transfer that to food.”

Initially, these beer-meets-food mash-ups will sit at the approachable end of the curve – bread baked using spent grain, say, or sausages made with ale – but Cleveland has grand ambitions that include turning spent grain into a miso, a flour and even a mushroom-growing medium. He’s excited about the prospect of using spent grain from brewing sour-style beers as a curing medium and has already been experimenting with a “beersaola”: a riff on bresaola that sees beef marinated with a combination of beer and red wine and left to age for three months. A charcoal grill and rotisserie are key features of the new kitchen tasked with the impressive job of feeding up to 900 hungry and thirsty revellers (the venue’s capacity).

Despite the scale of the task at hand, venue manager Matt Marinich is excited about the prospect, not least in terms of giving the team new options for beer and food matching.

“We’ve always wanted to have suggested pairing on the menus,” says Marinich, Australia’s only advanced cicerone (a certified beer expert). “The fact that we’re going to have beer and beer ingredients in the food makes it pretty easy when we start talking about contrasts and resonance for those sorts of flavours.”

“What we’re doing is very much a start in the direction we’d like to go,” says Cleveland. “The sky really is the limit. That’s the cool thing about this.”