The Hills are alive with the smell of fresh boiled and baked bagels. 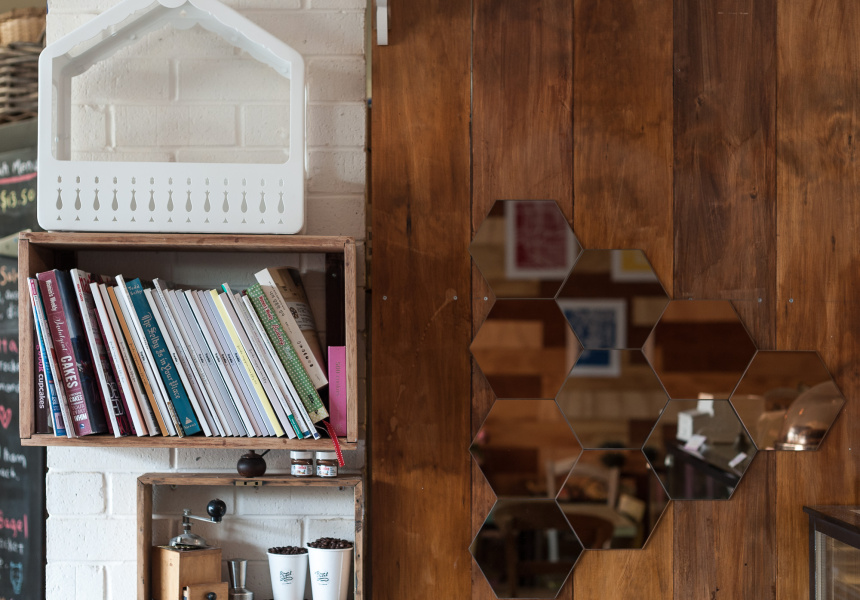 The name raises a smile but there’s more to it than that. Beagle Bagel is named after Mimi the dog, and the ethos of this Hills cafe owes a lot to her, from the alfresco dining for people and pets, to the water bowls dotted around.

“Bring as many kids or dogs as you want,” says co-owner Sol Park. “We’re not aiming to be a fast-paced cafe. We want people to feel comfortable and at home.”

Korean couple Park and Ilmi Kim opened on the site of an organic cafe that had been trading for 15 years, and were attracted to Glen Forrest’s strong sense of community.

Park, an engineer by trade, built the cafe’s gardens and furniture. Look for tables made from doors, chairs from pallets and other up-cycled pieces. There’s also a toy corner for kids.

Local roaster Dimattina supplies the beans, while cakes, slices and cold-pressed juices are also available, but most customers will be dropping in with one glutinous goodie in mind.

Kim is responsible for every step of the bagel production process. She begins by making a dough using strong flour and leaving it to rise in a warm part of the kitchen for several hours.

“We found a spot where the heat and humidity from the kitchen is like a proofing oven,” she says of her improvisation. “It just takes a lot longer.”

The bagels then go into the fridge to continue fermenting and developing flavour overnight. In the morning, they’re boiled for a minute each side to set the dough and give it a distinctive chewiness, before being baked. Thin and crisp on the outside, dense within, the finished product is a mighty endorsement for the joys of from-scratch cooking.

For sweet bagels, cinnamon and blueberry are mixed into the dough. For savoury breads, ingredients such as onion, garlic and cheese are sprinkled on top. Guests avoiding gluten haven’t been forgotten – Kim also bakes gluten-free bagels using cornflour and potato starch.

“Gluten-free bagels were very hard, as the whole thing with a bagel is the high gluten,” she says. As such, it’s a process she’s keen to perfect.

While the bagels are terrific as nature intended, spreads such as cream cheese, Nutella and chocolate salted caramel are available. The fillings menu features combinations including smoked salmon with chive cream cheese, rocket, avocado, red onion, capers and dill; and sliced ham with English mustard, tomato, gherkin, spinach and cheddar. Expect some exciting developments soon, though.

“We trialled bulgogi on a bagel,” says Park. “Now we want to try and introduce some Asian flavours.”