A Bar Full of Retro Arcade Games Is Opening in Perth

The arcade bar will feature original '80s machines, ace cocktails and free-play during the week. 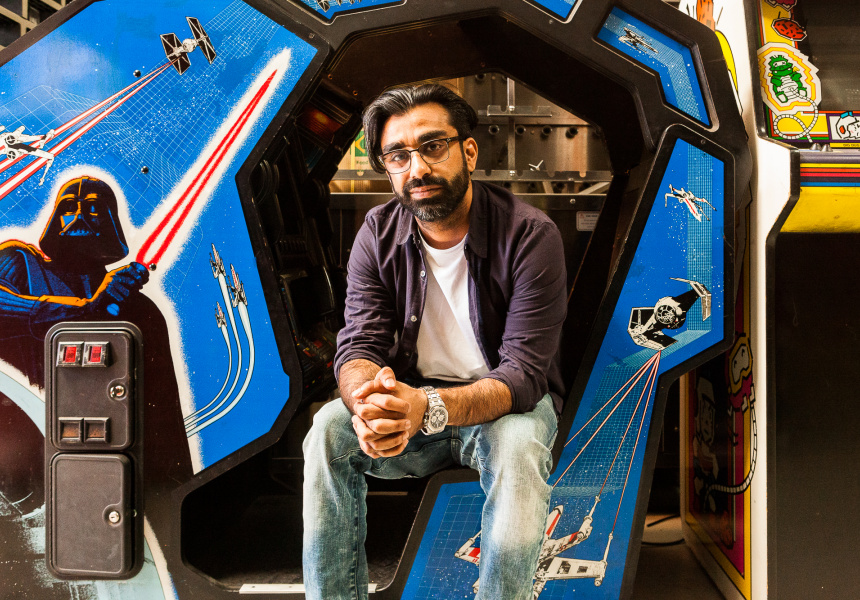 Saran Bajaj with one of the vintage arcade games in his personal collection. 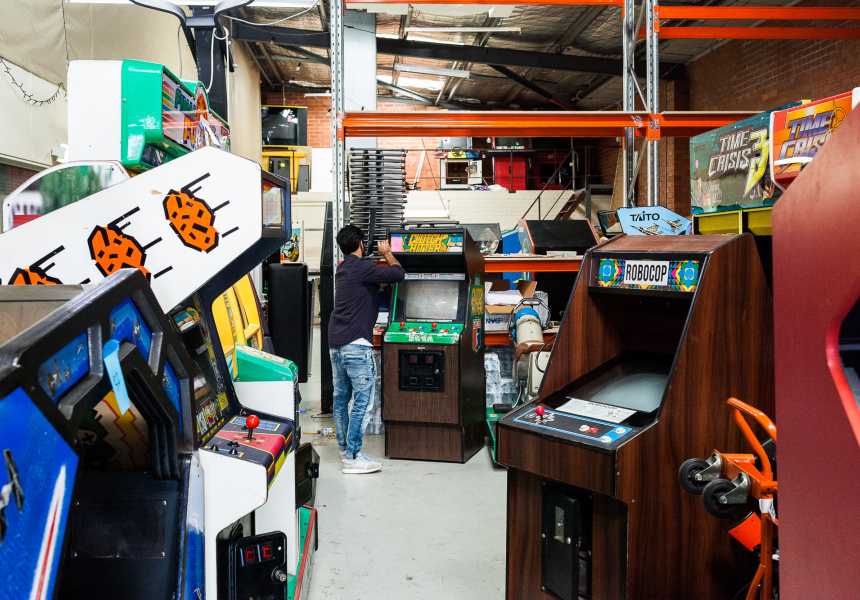 Until now, the machines have only been used by Bajaj’s friends. Come the end of the winter, the rest of Perth will get the chance to revisit its childhood when Bajaj opens Palace Arcade, a bar and permanent home for his collection of more than 100 games. In addition to sharing his love of retro gaming – the bar will also house Bajaj’s collection of Super Nintendo and Sega Master System cartridges – Palace Arcade will also be a celebration of one of history’s more colourful decades.

“I’ve always been into ’80s arcade and its art,” says Bajaj. “To bring a big piece of that culture to Perth is something I couldn’t pass up.”

While the gaming will be Palace Arcade’s main draw, Bajaj still wants the bar offering to be boutique and considered.

“We didn’t want to set up a mass venue where the games would get trashed,” says Bajaj who is finalising the move into the bar’s home in Northbridge. “There’s going to be high-quality cocktails, craft beers and great service, coupled with a high-end retro arcade. It won’t really be a departure from a conventional bar. We won’t be serving drinks out of plastic red cups.”

In anticipation of the bar’s late-winter opening, Bajaj is getting machines serviced and embarking on his final buying trip. (Most of the machines in his collection have been purchased from around the world and include machines not seen in Western Australia). Instead of fishing around in pockets for 20 cent pieces, people will use pre-loaded cards to pay for games on weekends. During the week, machines will be set to free play. The same cards can also be used to pay for food and drinks.