Last year Kate Watts turned a passion for fabrics into an ode to her late daughter. In partnership with Hostplus, we discuss some of the things she wished she’d known when she started out. 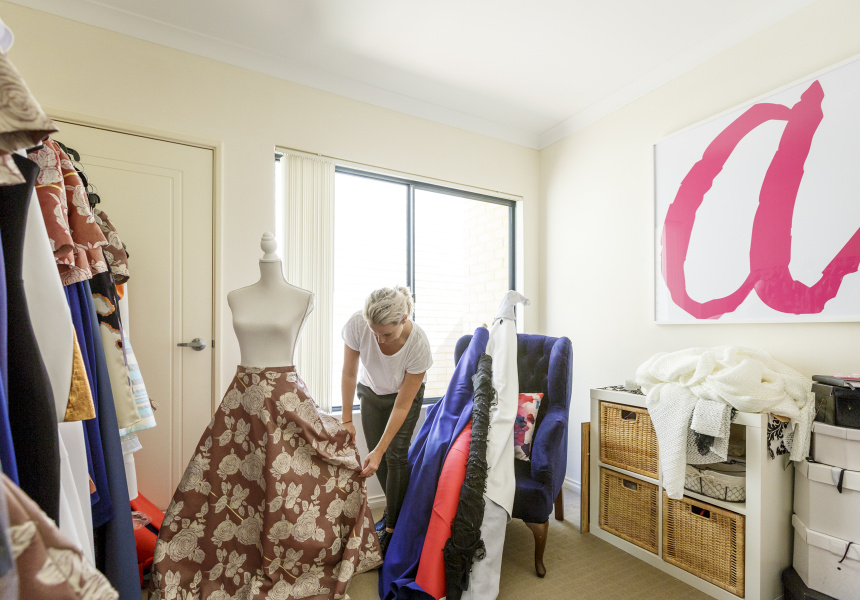 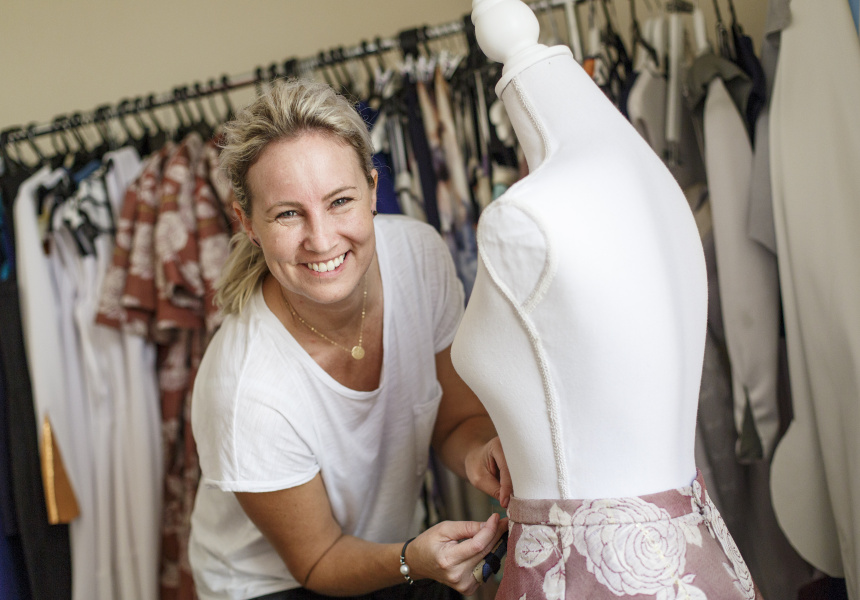 For anyone starting their own business, sacrifice, patience and perspective are often hard-learned lessons. But for Perth-based designer Kate Watts of label Only One Ashley, these virtues were learned well before she ever imagined a career in fashion.

Watts became pregnant at 14, and her daughter, Ashley, suffered a serious brain condition. Relinquishing any concept of a normal teenage life, Watts cared for Ashley while finishing her studies at night school and spent several years living in hospital to ensure Ashley had treatment.

After an unrelenting decline in her overall health, Ashley passed away when Kate was 32.

Far from letting herself be hemmed in by grief, Watts decided to pursue her lifelong goal of starting her own fashion label. In January 2016 Watts launched Only One Ashley.

"Once I decided I wanted to create a fashion label, I knew Ashley had to be in it," Watts tells Scout.

Starting her race and eveningwear label offered Watts a tangible way to bring her love of fashion and her daughter together.

Soon after launching Only One Ashley was receiving requests from celebrities, including rugby legend Matt Giteau's wife, Bianca Giteau, who wore one of Watts's creations while meeting the Queen.

While the label is still young, Watts has already learned some valuable lessons.

A formal education would have helped

In fashion, as in most design industries, it pays to whittle a career out of a mixture of learned skills and good instinct. For Watts, fashion was not something she learned through family or school, but rather via an innate curiosity with clothing.

“I’ve always collected fabrics and looked at the insides of garments,” Watts explains. “I love turning things inside out and analysing them. As a child I never wanted to buy outfits for my Barbies. I always tried to make them myself.”

Despite this passion, Watts admits a formal education would have benefited her. “It would have been an immense help,” she says. “I would love more insider knowledge. Especially about the more technical side of design.”

You don’t have to outsource

For her first lookbook shoot, Watts hired a stylist – a cost she now she feels was unnecessary.

“I had my own direction, but I really wanted to nail it and that’s what I thought I should do,” she recalls.

It took incurring this expense for Watts to realise she could retain creative control over every aspect of the brand.

“Now I know my own styling is enough. I create the looks – I am the creator, after all,” she says.

Fashion agencies aren’t all the same

Watts wishes she had known more about fashion agencies before she launched. Initially she chose one that didn’t understand race wear.

For those entering the industry, Watts advises thoroughly researching your agency shortlist and questioning the agency’s role in the growth of your brand.

“You have to ask: ‘Where do they align themselves in the market? Are they going to suit you?’”

Your brand’s name is important

Watts wishes she knew the industry prefers labels named after their founders. She also realised she would have to repeatedly explain Only One Ashley’s backstory, which she found confronting.

“I didn’t think about people wanting to talk about [it] at all! I wish I’d thought: ‘Do you realise you will have to answer that?’” Watts says.

“There was a moment when I thought about changing the name, because it was pretty hard hearing her name all the time.”

Watts encourages those looking to start their own label to think carefully about the name. “It’ll follow you,” she says.