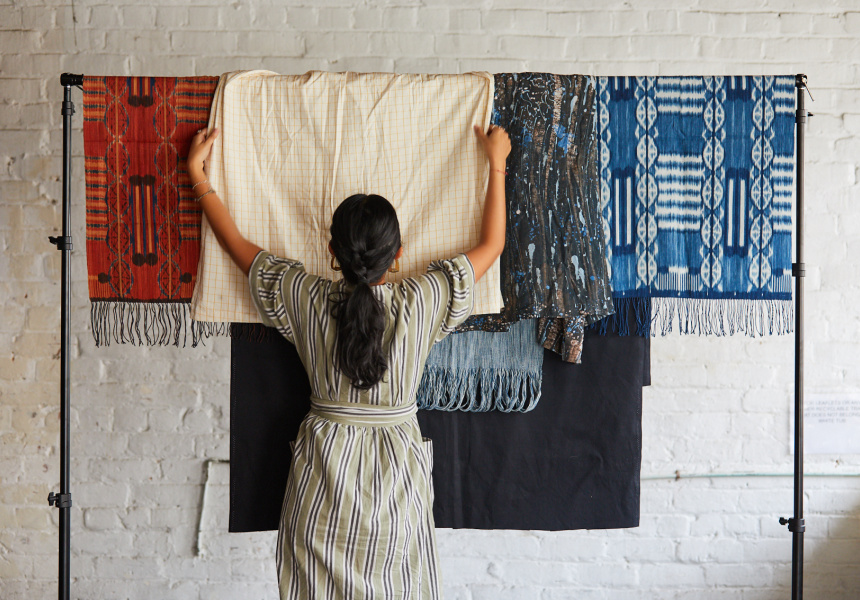 Stephanie Chandra wants Indonesians to be proud of their creative assets.

“I see Indonesia as being a very rich country in arts and crafts, in culture, in everything,” she says. “[We] need to own it. This is ours.”

A globetrotter in the truest sense of the term, she was born in Jakarta, went to high school in Perth and studied fashion in Berlin. Today, she’s transforming traditional Indonesian crafts into clothing and homewares that celebrate the people who make them.

Chandra’s ethical lifestyle label Rupa Haus is entirely Indonesian-made. She’s chosen Perth, though, as the brand’s sales and marketing base. From her home studio she directs and designs Rupa’s upcoming collections, which are co-created with artists from Central Java and Sumba.

“Rupa Haus is a collaborative thing,” Chandra says. “I wanted the artisans to help me with the fabrics, so I learn how they work and they learn how I work and we collaborate to make something better out of it.”

Rupa Haus didn’t happen overnight. Chandra wanted to explore Indonesian textiles while she was studying in Berlin, but it wasn’t until after she’d graduated in 2017 that the idea for the project ripened. Some gentle encouragement from her mother set the wheels into motion and they soon found themselves on a mission to Java searching for artists to work with.

“My mum comes from Central Java so we bought a one-way ticket to Semarang,” she says. “Indonesia is really bad when it comes to googling, so we spoke to a driver and he [said], ‘Yes, let’s just start in Semarang, I know some places’. And that’s how we did it. We played it by ear.”

The first trip was a success. Chandra connected with two producers – a Jogjakarta-based batik master, Mas Ta, and a woman called Ibu Sukinah, who weaves the striped textile known as lurik using a traditional loom and natural dyes. The visit also uncovered, for Chandra, the realities of being a traditional artist in Indonesia.

“I found out how they were being exploited,” she says.

Many artists, she says, live in rural villages and rely on the local pengepul, or middle man, to sell their goods in the bigger cities. More often than not, they are ripped-off, taking home as little as $2 per metre by the time the pengepul has taken his cut.

“The artisans stay poor, the main man gets rich,” Chandra says. “So I buy from the source and see how it impacts them.”

She quickly realised that a little help goes a long way in the remote villages of Java. (“[Ibu Sukinah] started a community of women weavers in their village. Our fabrics gave them the reason to continue weaving and earn a living for themselves.”) But it isn’t just the middle man that holds these artists back. International luxury and fast-fashion brands, Chandra says, often use Indonesian ethnic designs without crediting the people or cultures they’ve drawn from. Basing Rupa Haus in Perth allows Chandra to talk about Indonesian creativity on an international platform.

“These people are the people you should know and be thankful for because they still have the skills,” she says. “These are not just prints. It’s not just machine made. I [want] the artisans to get the credit for that.”

There’s a strong personal element to Rupa Haus too. Chandra has peppered generous measures of German sustainability and Australian laid-backness through each of her collections, the latest of which, Im Frühling, is inspired by spring – in Cottesloe, to be exact. (“Moments where you feel the water’s still really cold but you see flowers blooming on the side of the road.”) There are wafts of Perth throughout many of Chandra’s breezy designs.

“That’s why the shapes of the clothes are more beachy-minded, very coastal-minded,” she says.

Her new homewares line Lūm, meanwhile, is deeply earthy and comprises raw-cotton tapestries woven and coloured in Sumba using local leaves and roots; handmade pottery from a village near Borobudur, and plenty of beguiling narratives from the artists themselves.

“It’s a story,” says Chandra. “It’s their story to tell. And I [want] to bridge that so the real story actually comes out.” 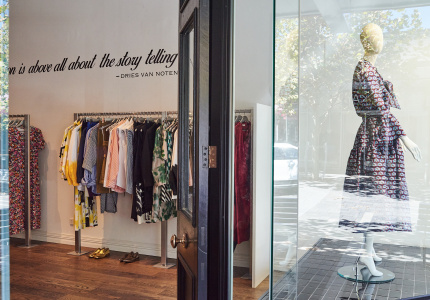