Empire Rose Will Sequin Your Spring/Summer 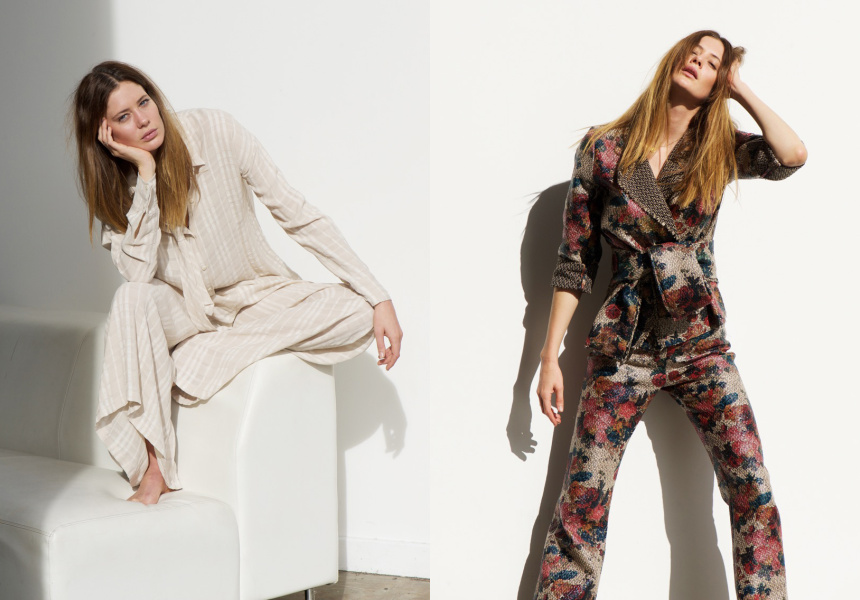 Kathryn Cizeika’s designs mix street style with romantic detailing. Jumpsuits are encrusted with sequins, fabrics are durable, and her distinctive drop-crotch pants are comfortable and practical.

Cizeika’s mission to inject individuality into wearable gear saw her nominated for WA Designer of the Year in 2015. Not surprisingly, her solo runway show during September’s Telstra Perth Fashion Festival (TPFF) is one of the festival’s most anticipated events.

With her label celebrating its 20th anniversary this year, Cizeika has relocated to larger premises in North Fremantle. (Her studio, however, is solely for design-work: shoppers can purchase Empire Rose clothing online and at stockists).

“There’s such a multicultural vibe and great energy,” she says of her new home. “I needed a fresh space for the team, and Pearse Street is transforming into a little creative hub.”

As a designer that prides herself on producing garments locally, Cizeika is concerned about the rise of disposable fashion. She wants shoppers to be aware of the true cost of making a piece of clothing.

“We’re big on promoting social consciousness,” she says. “Looking at how the product is made, who’s making it and the cost. Empire Rose has always maintained quality and been produced locally. It’s part of how it all comes together.”

The Empire Rose TPFF solo show will be held at the Perth Concert Hall on Saturday September 24. Tickets are $69 from ticketmaster.com.au