Aimee-Cherie Intimates Think Your Next Bralette Should Be a Crop

Aimed at women with smaller cup sizes, these crops are strikingly feminine. 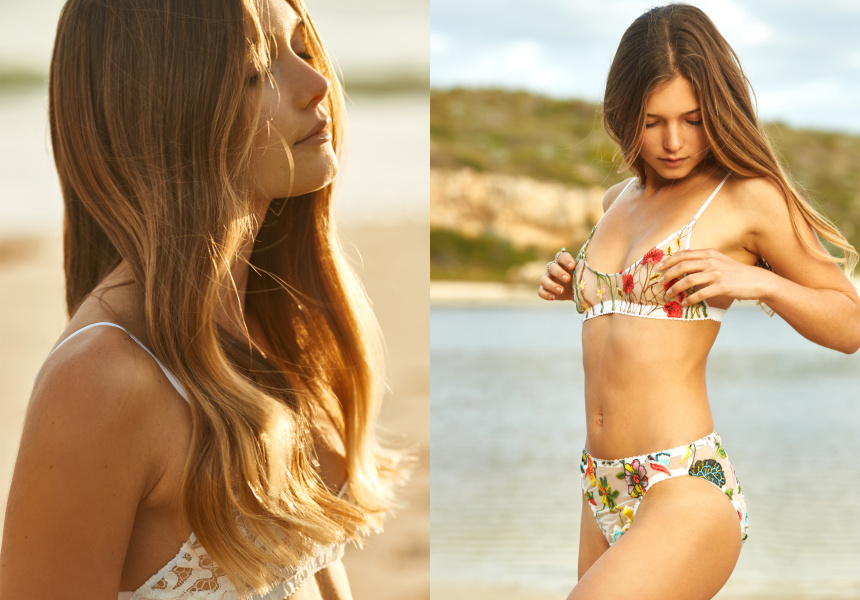 Establishing an undergarment empire was never on the cards for WA designer Aimee Kendall. She studied textiles and design at Polytechnic West in Bentley and had created a graduate collection of gowns, sheer tops and skirts. “For modesty purposes at the end-of-year show the models needed bras underneath,” she explains, “so I came up with my first bralette. It turned out to be the most popular piece of the collection.”

Fortunately, Kendall really enjoyed this foray into lingerie, and so foundations were laid for Aimee-Cherie Intimates. Four years on, she has revealed her most recent style of bralette, the crop.

The six crops in the range slip over the head and don’t have fastenings. But while they’re simple, they’re also very feminine. There are little cutaways at the sides, a pretty scallop on the elastic, a scoop neckline and fine straps. They’re made of soft lace and mesh, and easily mix and match with pieces from previous collections.

“The crops are more suited to women with a smaller cup size because they don’t have the underwire that a woman with a larger bust looks for in a bra,” says Kendall. “But we’ve found the crop tops actually enhance the cleavage anyway.”

According to Kendall, the intimates industry is booming. “Since the trend of underwear as outerwear began, we’ve seen a real interest from women everywhere putting thought into what their underwear drawer consists of,” she says. “I think young women take pride in what undergarments they wear every day and not just on the weekend or for something special.”

The proof’s in the pudding as Kendall prepares to move from a home studio to a dedicated space in Fremantle over the next few weeks. You can peruse and buy the new range of crops online – and look out for the next major collection of Aimee-Cherie Intimates in November/December this year.