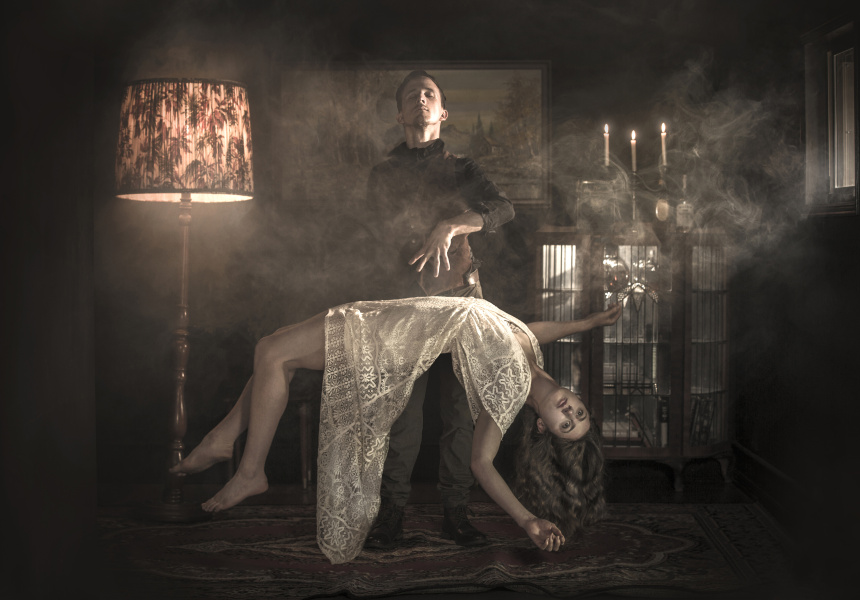 As befits a dance company with a strong youth focus, Co3 kicks off its 2017 main stage season with a modern interpretation of the gothic classic, Frankenstein – bringing humour, energy and social issues to this much-loved tale of outsiderdom.

Co3 was borne from the merging of Buzz Dance Theatre and STEPS Youth Dance Company in 2014 under the artistic direction of Raewyn Hill, formerly of Gold Coast company Dancenorth. Her company’s three-pronged approach – to “curate, commission, create” – reflects a collaborative approach that is already bearing fruit with Frank Enstein.

The work – a collaboration between Co3 and Gold Coast-based collective The Farm, choreographed by artistic directors Gavin Webber and Grayson Millwood – was commissioned for the Gold Coast’s Bleach Festival, and will be coming to the State Theatre Centre of WA from April 5.

Frank Enstein is a lonely guy who wants to make his imaginary friends real, which he does by harnessing electricity from a storm. His props are simple: a cardboard box and the contents of his imagination.

Frank has a physical impairment and just wants to be “normal” and to fit in – the battle cry of youth. The show is described as a journey “illuminating a path to self-acceptance.”

“Gavin and Grayson have this incredible ability to tell stories through movement language,” Hill says. “The magic they create is that they can balance light with dark. They can tell a deep, emotional story but find humour in it. You’re completely drawn in; you feel heartbroken, you find yourself laughing out loud. It’s not a straight re-telling of the Frankenstein story – it’s more of an interpretation based on some of the themes of the original story. It’s looking at self-acceptance, having the courage to accept the way you are, the experience of alienation and outsiderdom, as well as the idea of bringing life to inanimate matter and electricity as a magical force.”

Hill’s background is in classical ballet. Her work with Dancenorth saw her recognized in 2013 as a Queensland Culture Champion by the state government, and she’s committed to engaging people both young and old in the joys of dance.

“When I saw Co3 come up I felt like it was something I could bring my accumulated skillset to, having been a dancer in a youth company and from developing an education unit and touring circuit with Dancenorth,” she says. “I enjoy the curatorial aspect of being an artistic director, the chance to collaborate with others.”

Hill says she has a “deep respect” for Webber and Millwood’s work at The Farm. “It was a very natural conversation to have, for two of the newest dance companies in the country, both based on coasts, to work together. Frank Enstein was a work that they had spoken to me about for a good year or so before we made I happen, so I understood the passion they had for the project. The other thing about being based on the west coast is asking the question: how do we build a national presence? I was looking at ways to create partnerships and continue to build those relationships.”

While Co3 has a strong and dedicated youth focus, its program is intended to appeal to a wide demographic of contemporary dance enthusiasts.

“Frank Enstein is a work for main stage, but we also have school performances that are already sold out. The really appealing thing about this show is that it’s for everybody – children and adults. It accesses the child in all of us, and there are themes in there that can and do speak to all of us.”

Frank Enstein is at the State Theatre Centre from April 5–8. Tickets are available online.