Fait thinks Perth’s music scene is the best this country has. Fresh off her hometown appearance at St Jerome’s Laneway Festival, we found out why she’s just given it up for Sydney. 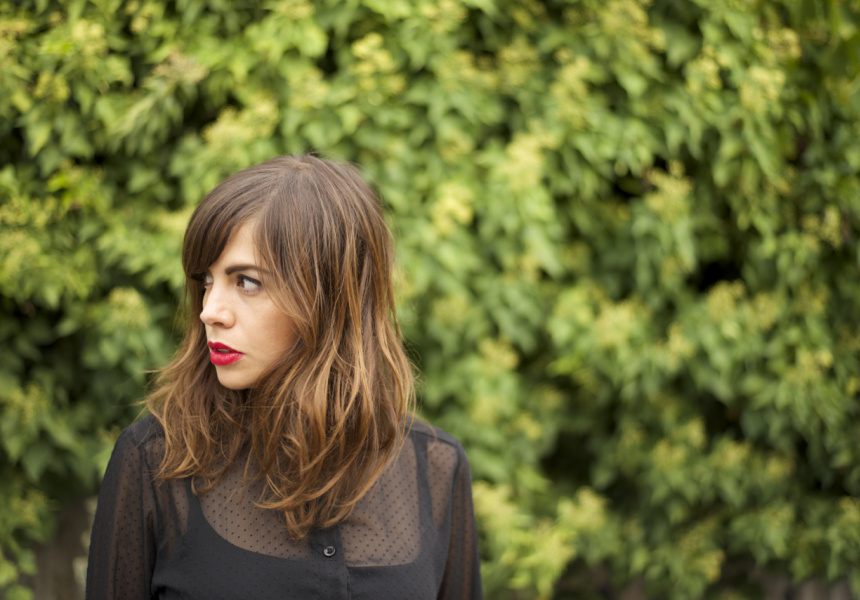 Elise Higgins didn’t expect to be performing at St Jerome’s Laneway Festival. She didn’t even know she was in the running for a spot.

“The way Unearthed is set up, once you sign up for an account, you’re automatically registered for all their competitions,” Higgins says. “I did that about three years ago. Little did I know this competition was actually running. They just phoned me up and told me we’d won the WA slot, so that was super exciting. I’ve always wanted to play Laneway.”

Higgins is a multi-instrumentalist better known by her stage name, Fait. Her music is an occasionally ethereal, melodic, post-rock journey. Meticulously composed sounds tug at complex emotions, telling a story the listener understands but can’t quite translate into words. The slow, dreamy builds and addictive aural flows aren’t an accident. Each track takes Higgins between a month and a few years to, as she puts it, “fully construct”.

“The recordings have hundreds of layers in them, so you really have to refine and strip back the tracks for live performance,” she says. “That can take a couple of weeks, reinterpreting the songs for a live setting.”

Onstage, Fait includes Rob Stephens on bass, Mike Antonas on guitar, and Darrell Sundai on drums. The band’s first live show was the sell-out EP launch party at The Bird. More local performances followed, as well as a national tour, including a gig at the WAM Festival Block Party.

“Without having a vocalist there's a bit more pressure to try and keep the listener captivated,” Higgins says. Captivation isn’t proving an issue. She just passed a million listens on Spotify and recently signed with Inertia Records, alongside Sia, Ben Lee and The Delta Riggs.

None of which is particularly surprising. Higgins is an artist, soundscapes are her medium. She has played since she was a child, and left uni to pursue her musical career. Higgins says music is the only thing she’s truly passionate about.

The Cure and PJ Harvey are among her favourite bands, but she cites “a whole bunch” of influences, from down-tempo electronic music, such as Air and Bonobo, to composer Michael Nyman.

Her own evolution spans continents. “I’d been playing in bands for about six or seven years prior to Fait – quite different, collaborative projects,” Higgins says. “I was living in London for about four years and it was during that time that I really started to concentrate on writing.” When she returned to Perth in 2012, she didn’t know many musicians, so started the Fait project as much out of necessity as anything else.

Did London shape Higgins’ music differently than if she’d stayed in Perth? “Definitely,” she says. “Prior to London, I had just been a guitarist in other people’s projects.” There she found the confidence to start her own band. “I was looking for a vocalist to complete the line-up, but never found one, so it became an instrumental act by default,” she says. “It was then I realised that I really enjoyed writing instrumental soundscapes, and perhaps there wasn't a need for vocals after all.”

With a “whole bunch of songs” ready to record, Higgins teamed with producer Darren Lawson (Editors, My Bloody Valentine), who she’d worked with previously in England, and he recorded and produced the EP, Atmosphere.

“When I came back to Perth, I started emailing a whole heap of blogs and websites, trying to get features for my first single, Koto,” Higgins says. “That started to pick up a bit of momentum. But it was when I released my second single, Slow Glow, that things started to really take off.”

She recently relocated to Sydney (“for music and also a personal move as well”), and is setting up before the rest of the band migrates across in a couple of months.

“Perth has been really great for us the past couple of years, but I think it's important that we keep challenging ourselves in order to progress and grow,” she says. “Moving over east seems like the next logical step at this point.” Plus, it makes touring that much easier.

Although being based on the east coast is best for her career at this point, Higgins believes the live-music scene in Perth is probably Australia’s best. “After playing the cutthroat and highly competitive London gig circuit for a couple of years, returning home to Perth was a welcome change,” she says. “The calibre of bands here is very high, and it’s such a supportive music community. Everyone knows everyone, and they’re all out to help each other. It's played a big part in the growth of Fait. It’s a beautiful, nurturing scene.”

Atmosphere is available from Bandcamp