“A O Lang Pho”: From Village to City 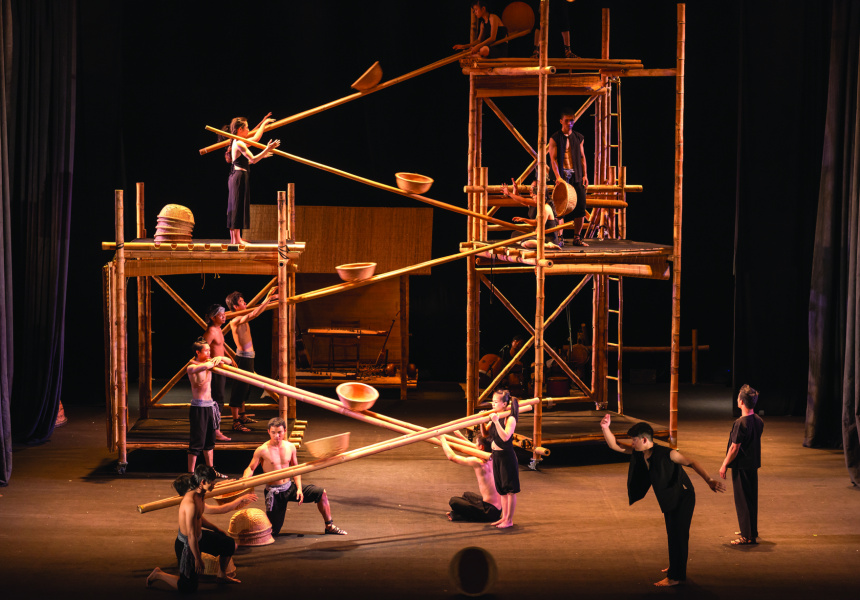 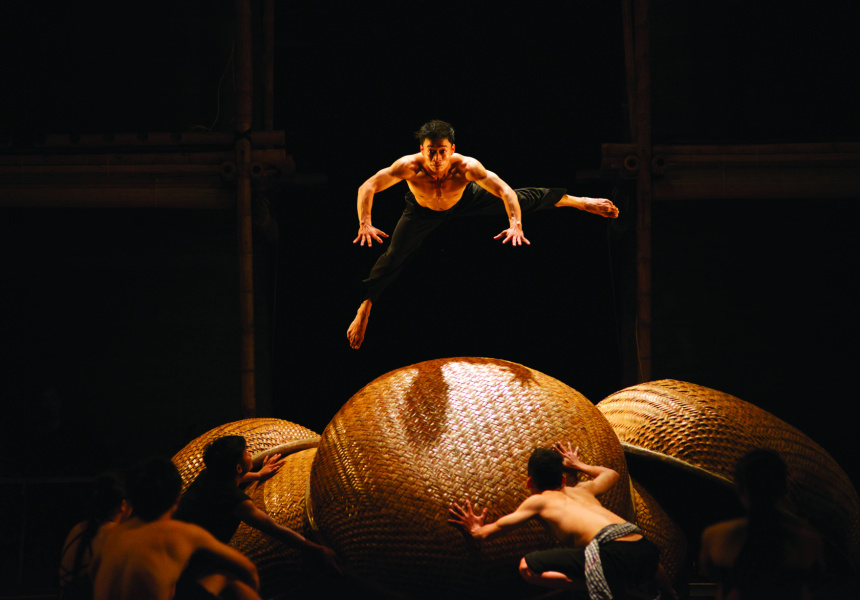 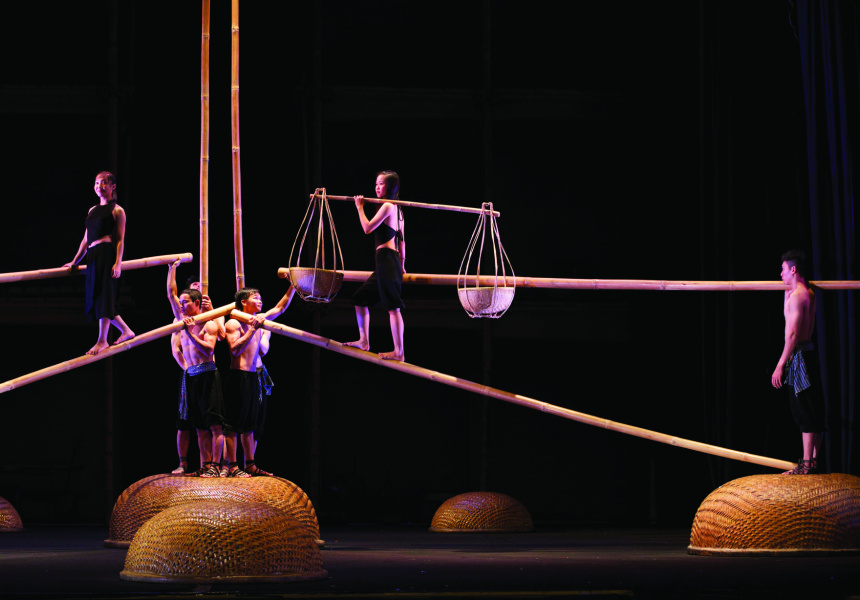 Perth arts lovers who have been to Melbourne recently might have caught the National Gallery of Victoria’s exhibition Bamboo: Tradition in Contemporary Form; an exquisite display of bamboo twisted into graceful and elegant shapes, to show the beauty, flexibility and malleability of the material.

But bamboo as a circus prop? Can it withstand the pressure of athletic bodies and muscular limbs clambering over and around it? Can it work as the central scaffolding in an artform that gravitates towards mechanical contraptions and whiz-bang technology?

To be convinced, you may need to see A O Lang Pho, the new work by Nouveau Cirque du Vietnam – artistic director Tuan Le’s paean to the tension between cultural tradition and rapid urbanisation in his homeland of Vietnam. Bamboo is the ancient material upon which this unique show is built, and around which 15 acrobats and five musicians work.

Le is speaking from Saigon. He has returned to the Vietnamese capital after many years based in Berlin, first as a juggler and circus and cabaret artist, then as a choreographer and artistic director, with a stint at Cirque du Soleil. He describes A O Lang Pho as an observation on Vietnam’s transitions (of culture, of landscape) and the fine balance needed to embrace change while celebrating the country’s ancient traditions, rural villages and musical forms.

“In 2009 we premiered Lang Toi, meaning ‘my village’, and A O Lang Pho is a continuation of that project,’’ he says.

“The direct translation of Lang Pho is ‘village-city’. Everything in Vietnam happens along the water: the seaside villages became the inspiration for all my work. Even the two big cities, Hanoi and Saigon, aren’t really that big, but it gets so crowded. Buildings are going up literally overnight. In the villages, it was much more peaceful; there was a lot more space. But even in the villages, more buildings are going up now. I wanted to reflect these changes in the show – the way this constant building is changing the aesthetic of places that remained unchanged for hundreds of years.”

Le returned to Vietnam after living overseas for 14 years, travelling as a visitor around the country. It was at that point that he “fell in love” with the natural beauty of Vietnam, and the seeds were sown for Lang Toi and A O Lang Pho.

In conceptualising the scenario for Lang Toi, Le and his artistic co-directors, French-Vietnamese brothers Nhat Ly and Lan Maurice Nguyen, began discussing the potentialities of bamboo as a way of visually representing Vietnam.

“We thought it would be a really unique material, firstly because of its aesthetic beauty, but also, how can we invent circus technique that works around it?” he says. “It’s very soft, but also strong and stable, even stronger than metal. From chopsticks to bridges, everything in Vietnam used to be made from bamboo.”

None of the performers in Nouveau Cirque du Vietnam had worked with bamboo before, so it was a new experience for all involved. Le says a great deal of workshopping went into the show’s preparation.

“We started off getting each artist to work with just one long stretch of bamboo, working on coordination and technique and then built it up from there,” he says “More people, more bamboo. It really became a collaboration between all the performers to create an image that would become in itself like a giant juggling act.”

Mixing juggling, balancing and contortion, the show is set in a rural hamlet where the serenity of village life is superseded by the chaos and change of rapid “progress”. Traditional Vietnamese music (cai luong) is replaced by frenetic hip hop, all played live. Le says the show is not intended as a linear, chronological narrative or even as a criticism of urbanisation or globalisation; it’s more impressionistic than that.

“It opens up many different windows, of images, feelings and emotions,” he says. “It’s like a book. You go to the next page and there is something new and different there. A new image, a new little storyline opens up. It’s not something that, in narrative terms, goes in a straight line from beginning to end. The music and the lighting and the content all come together to create a series of scenes.”

A O Lang Pho is presented as part of PIAF and will be showing at the Regal Theatre (474 Hay Street, Subiaco) from February 16 to 25. Tickets start at $36 and are available online.