Get involved in an onstage escape room where actors and audience members are part of the action, take in a series of sound works along the Derbarl Yerrigan (Swan River) and immerse yourself in art under a six-metre, state-of-the-art dome. 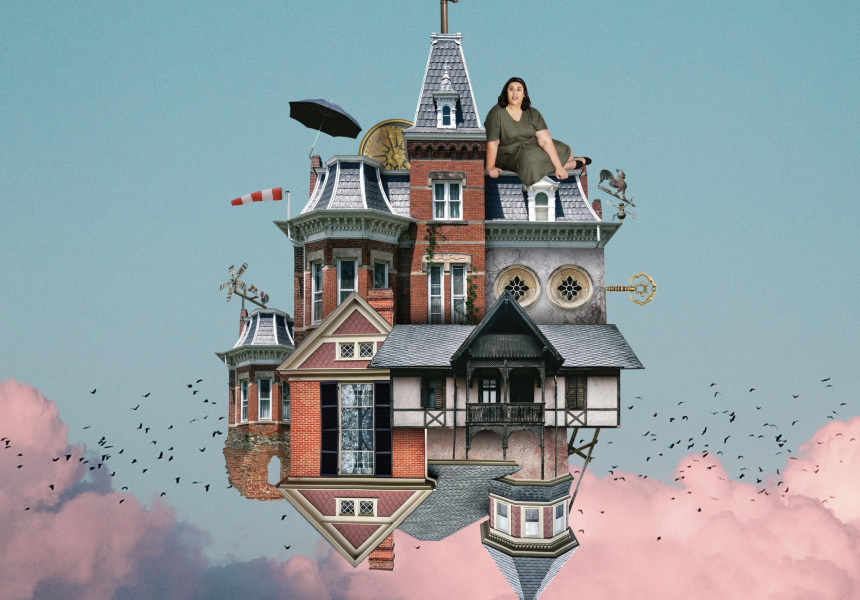 Update: Perth Festival 2021 has been rescheduled to February 15 to March 14 on the advice of the WA Government and the Chief Health Officer.

When Perth Festival began in 1953, its intention was to bring the world’s best performance, music, film, literature and visual arts to Perth, enriching the cultural dialogue of our isolated western capital. In 2021, travel restrictions will see the festival present an entirely local program for the first time. Artistic director Iain Grandage says it “feels very far away” from where things started – in a good way.

“It’s been a slow journey toward here anyway,” he tells Broadsheet. “Seventy per cent of the artists in the 2020 festival were from Perth, so it’s not a massive leap into this territory – but it does feel like we can be kind of thrillingly ambitious inside our state at the moment.

“There’s no diminution in the quality of what’s being presented in this context,” he continues. “The reality is usually there’s not enough resources to put on this many local shows if we’re also welcoming in national and international work. There are always more things of festival quality than you’re ever able to put in the program.”

The 2021 festival, which opens on February 5, features 18 world premieres and 44 Perth Festival commissions across theatre, music and visual arts. Many of the shows, including sold-out headline events Black Brass and Children of the Sea, have been several years in the making.

“These artists have been working for decades on their practice and these shows,” Grandage says. “We are reaping the rewards of their long-term investment, which makes for a really exciting prospect for what the festival’s going to feel like.”

Although the program is entirely homegrown, Grandage is confident it will resonate more widely. “There’s nothing parochial about the quality of work these artists are doing,” he says. “Each of these artists is celebrating the opportunity to create work of international standing, and many of these works will go on to tour the world.”

While partly a product of circumstance, the program also reflects Grandage’s ongoing commitment to centring the festival on Noongar culture. Productions such as Witness Stand – a listening experience set at multiple locations along the Derbarl Yerrigan (Swan River) – and Galup – a walking performance around Lake Monger that’s already sold out – are at the heart of the program.

City of Lights, the main festival hub, makes its home this year at the Perth Cultural Centre, where it will host light projections, films and sound experiences. At the top of every hour, a 360-degree visual projection will light up the centre’s buildings as part of Bilya Beneath – an ode to the 2021 festival theme, Bilya (meaning “river” in Noongar), which reflects the festival’s focus on creation, renewal and place.

“Perth Festival 2021 is a love song to this place – to its people, its artists, its stories, its river,” says Grandage.

“Because we came out of lockdown earlier than the rest of the country, there’s been a great sense of appreciation for the place we live in, which has grown a lot of creative excitement. Artists have been aware of the privilege of getting to make collaborative art here when that can’t happen anywhere else in the world. It’s a thrill to be able to bring ideas in front of audiences, and those ideas hopefully end up bonding community more in that sense of pride and belonging in this place, no matter where your history begins.”

With countless free and ticketed shows to choose from over the festival’s three weeks, we’ve narrowed your watch list down to these 10 must-see shows.

Based on the Seven Sisters Dreaming story, Songlines: Tracking the Seven Sisters is a landmark exhibition incorporating more than 300 paintings and objects, as well as song, dance, photography and multimedia. The exhibition walks the viewer along the ancestral routes of the titular Seven Sisters as they fled across the deserts of the Martu, Ngaanyatjarra and Anangu Pitjantjatjara Yankunytjatjara peoples, pursued relentlessly by a shape-shifting sorcerer. Presented in association with the National Museum of Australia and the WA Museum Boola Bardip, the experiential show includes a six-metre, state-of-the-art dome, where visitors can immerse themselves in images of the Seven Sisters rock art in South Australia, plus animated artworks. It was developed in consultation with the stories’ traditional owners and curated by the National Museum’s senior Indigenous curator, Professor Margo Neale.

Songlines: Tracking the Seven Sisters will run until Monday April 26 at WA Museum Boola Bardip. This is a free event.

Witness Stand invites audiences on a journey of listening and learning through Noongar stories . Six purpose-built seating tiers will be constructed at sites along the Derbarl Yerrigan – from Mandoon (Guildford), to Kariinup (South Perth), Nyiiabarap (East Fremantle) and out to Wadjemup (Rottnest Island) – with speakers playing a series of newly commissioned sound works exploring ancient Whadjuk stories and the impact of colonisation. Witness Stand is created by Barry McGuire and Kylie Bracknell (Kaarljilba Kaardn) in collaboration with audio artists Madeleine Flynn and Tim Humphrey, as well as a host of Noongar artists and educators. The experience is “destined to change how you see this place, and to make you suddenly aware of the stories that’re inside that river, inside Boodja, and of where and how these lines of story travel across our city”, says Grandage. “It will change how you look at this glorious place.”

Witness Stand will run until Sunday February 28 across Perth. This is a free event.

Those up for crowd participation will want to start here. Grandage calls Whistleblower unique in its inventiveness: it’s described as The Truman Show meets an onstage escape room, where actors and audiences alike can be part of the action. Show-goers will enter a soundproof set complete with hidden cameras, where “the player” – a brave ticketholder – finds they’ve woken up in hospital with amnesia, and their job is to uncover clues and get to the bottom of the mystery. As they make choices, the player must navigate a changing narrative aided (or obstructed) by characters played by the cast and other audience members. If you’d rather watch the adventure unfold than be on-set yourself, there are also audience tickets available.

This survey of works by contemporary Noongar artist Patrick Carter traverses performance, video, sound and painting. Carter’s works delve into both personal challenges and the correspondences between emotion, colour and movement. Songs presents a selection of Carter’s recent pieces, including the premiere of a new film commissioned by Perth Festival that explores transformation through the visual, sonic and kinetic elements of wind, the colour black and the beat of drums.

The Sum of Us

An adaptation of the off-Broadway play (and award-winning Aussie film starring Russell Crowe), The Sum of Us is a heartwarming comedy about family bonds, ageing and queerness centred on Jeff, a man in search of love, and his close relationship with his widower father, Harry. This adaptation by the Yirra Yaakin Theatre Company features an all-First Nations cast and is the company’s first queer work.

The Sum of Us runs from Thursday February 18 to Sunday February 28 at Subiaco Arts Centre.

This roaming evening of dance includes three bite-sized new works – Unearthly, To Place and The Walk – choreographed for sampling across three Perth Cultural Centre locations. Dancers will guide you from the basement of The Rechabite to the State Theatre Centre garden and upstairs to The Blue Room Theatre, exploring a variety of influences and ideas along the way.

Part fairytale, part coming-of-age adventure story, House follows the fantastical journey of Cathelijn, a lonely child with no friends or family who, in the middle of a dark forest, discovers a magical house and the strange people who call it home. This one promises to pull the heartstrings. Grandage says the production, which seems to have come straight from a child’s “activated imagination”, brings him to tears.

If you’re missing the international programming this year and need a dose of drama from the outside world, the Somerville Auditorium is the place to get it. Perth Festival’s film season kicked off in December with WA highlight The Furnace, but still has months of big-screen action from all over the world lined up. In the coming weeks, traverse the English countryside with Colin Firth and Stanley Tucci in Supernova, a tender and tragic story of love and illness; meet an 83-year-old spy who infiltrates a Chilean nursing home in The Mole Agent, a heartwarming, slightly off-beat documentary; and feel the rhythm of that country’s port city Valparaiso in Ema, where a dancer and her choreographer husband are reeling after returning their adopted son to child services.

Lotterywest Films will reopen on February 15 and run until Sunday March 28 at Sommerville Auditorium.

Perth Festival runs from February 15 to March 14. Tickets are on sale now.