Final Lineup of In the Pines Announced The Wheelers of Oz

Back in 1992, when In the Pines first brought RTRFM’s playlist to the stage, Kim Salmon was already 16 years into his career, releasing strafing indie-pop albums with The Surrealists. He’s changed the landscape of Australian music with his stints in The Cheap Nasties, The Exterminators, The Scientists, Beasts of Bourbon, The Surrealists and The Darling Downs, so it’s really about time that the Perth punk elder made his debut at the festival.

The final announcement of the lineup hasn’t disappointed. Performing live for the first time in seven years will be post-rock band Radarmaker. An inspiration to many local emerging musicians, Radarmaker is fondly remembered for its excellent PIAF 2007 support set for Texan post-rockers Explosions in the Sky.

Psych fans should keep an ear out for The Wheelers of Oz, a band made up of members of The Spunloves, The Durongs and Mt. Mountain. On the soul front, Motown tribute act The Merindas won the WAM Indigenous Song of the Year in 2015 with the single “Ready to Love”. Five-piece Fat Sparrow will brings its divergent jazz sound to Somerville.

If you missed earlier announcements, you can also include Jacob Diamond, Joni in the Moon, The Pissedcolas, Peter Bibby, Tired Lion and Turnstyle on your odyssey of discovery.

In the Pines is on April 24 at the UWA Somerville Auditorium. Presale tickets are $25 for RTRFM subscribers and $30 for general public and can be purchased online at rtrfm.com.au, 78 Records (Perth CBD), Mills Records (Fremantle), Noise Pollution Records (Northbridge), Highgate Continental (Highgate) and Diabolik (Mt Hawthorn). 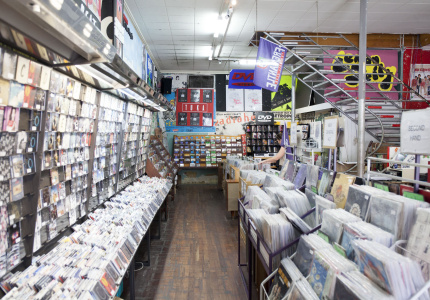 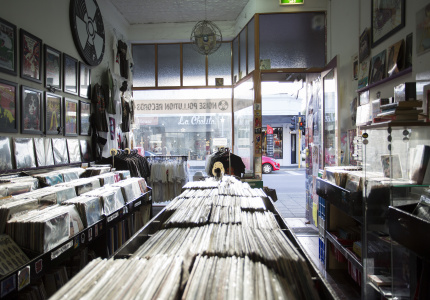