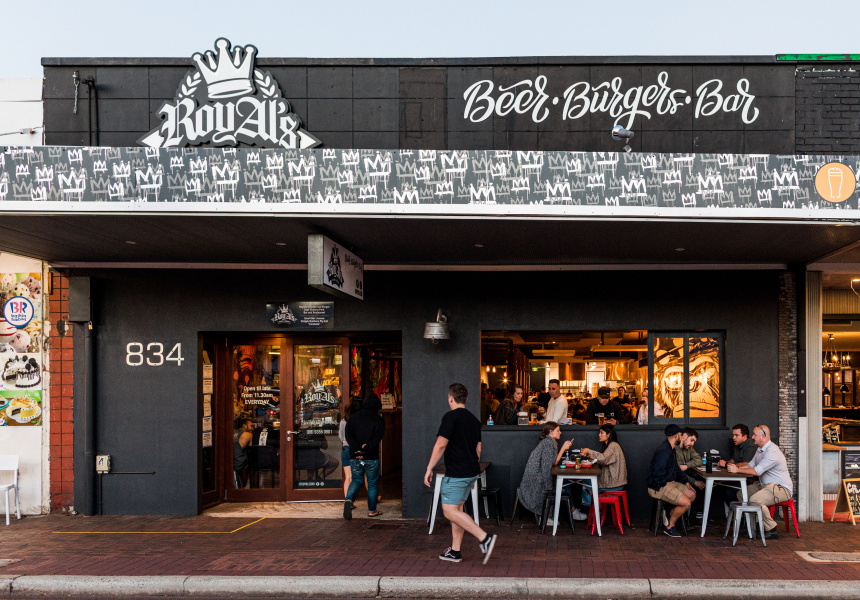 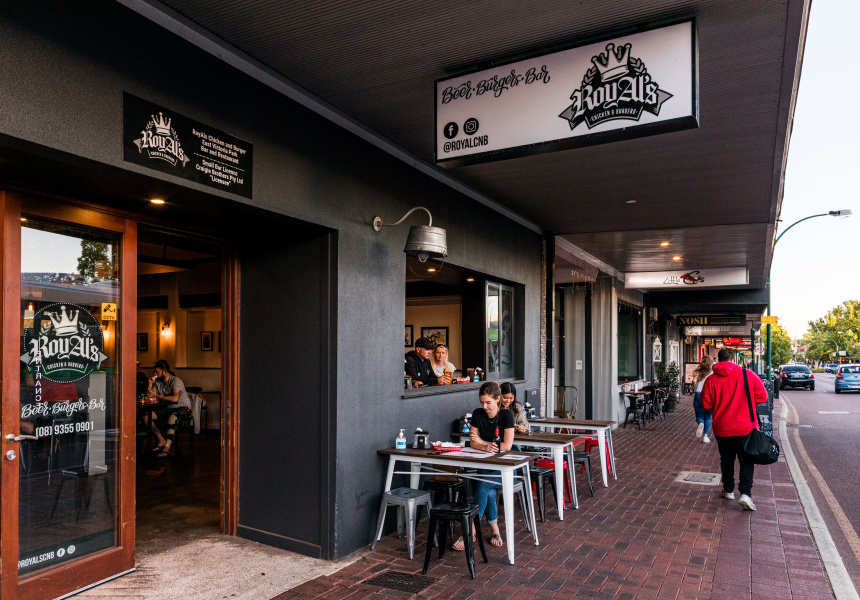 In December 2019, Royal’s moved from its Vic Park flagship to a much larger site up the road, expanding the space and menu to include mini corndogs, jalapeno poppers and pecan pie.

The family-friendly restaurant retained its hip-hop vibe. There’s a mural by local artist Jason Green (who also decorated the other restaurants) in the bar area, which is separated from the lower-key dining space by a wall of pop-culture-inspired skateboards.

Known for its popular lineup of burgers and fried chicken, Royal’s menu may also feature waffles topped with fried chicken, bacon and maple syrup and wings in a Korean style sauce loaded with pickled onion and sesame seeds.

The venue is licensed so you can enjoy beer; wine; spirits; a boozy shake (there’s sometimes a chocolatey Mudslide, and one with an intriguing combo of vanilla vodka and Fruit Loops); or a pre-batched cocktail with your meal.