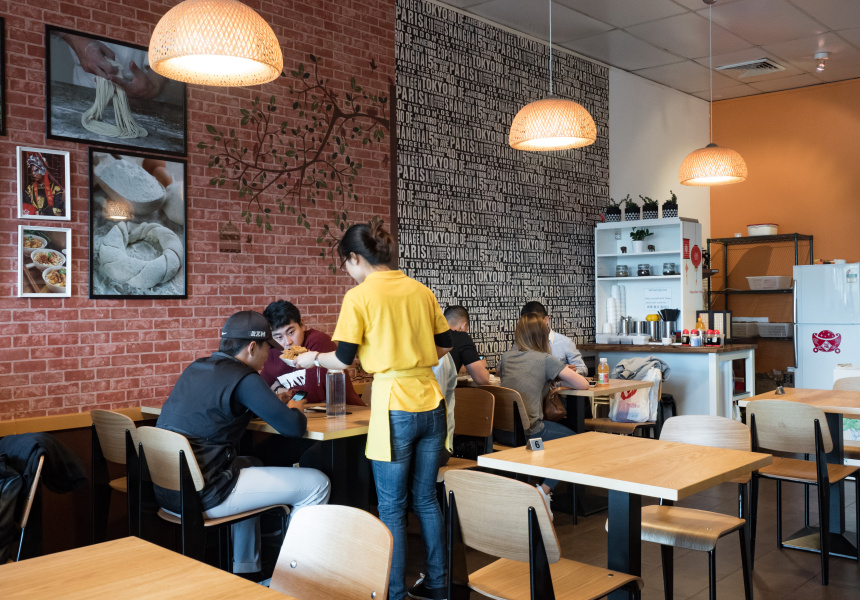 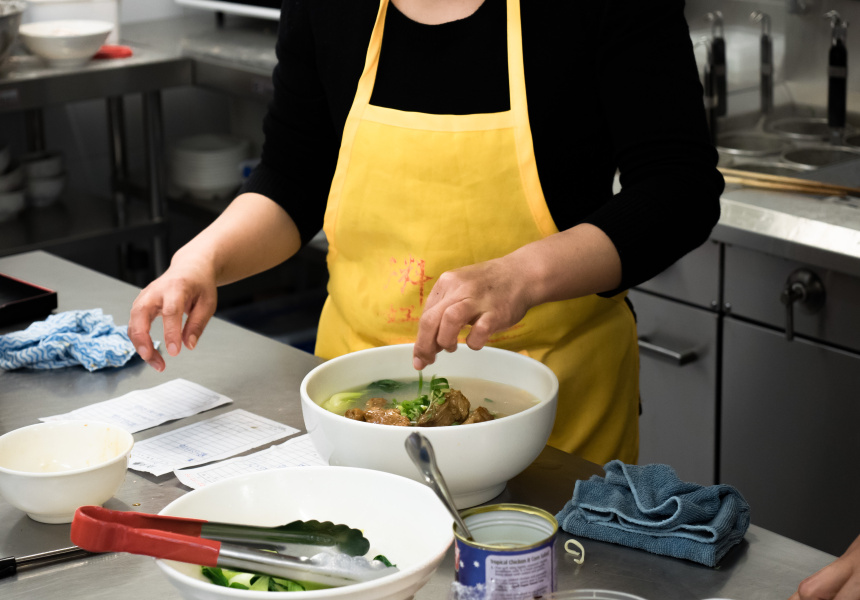 Noodle Combo is the second restaurant by Sara Lu and her chef husband Jin Tan. It’s just a stone’s throw from the couple's first, Red Chilli Szechuan. Like its elder sibling, Noodle Combo serves the hearty, often spicy flavours from China’s Sichuan region, only in a more customisable (and customer-friendly) format.

The decision-making starts with the soup base. The deep flavour of the chicken broth belies its light, clear appearance. A concentration of pig bone and trotters, the pork broth sports a reassuring milky-white sheen. Diners can opt for either a white egg noodle or a version made with spinach. Both are made in-house and a machine, not unlike a commercial pasta maker, rolls out serves of fresh dough.

Dandanmian – peddler’s noodles named after the street vendors who historically sold them – is classic Sichuanese and features noodles topped with ground pork, chilli and peanuts.

While most Chinese restaurants serve a single chilli oil, Lu provides two to cater to northern and southern Chinese tastes (the northern-style chilli is lighter in colour due to the absence of dried prawn). Pickled green chillies are a nod to the restaurant’s Malaysian diners. House-made beverages such as iced lemon tea, a sweetened Asian-style coffee and plum drink offer relief from the spice.