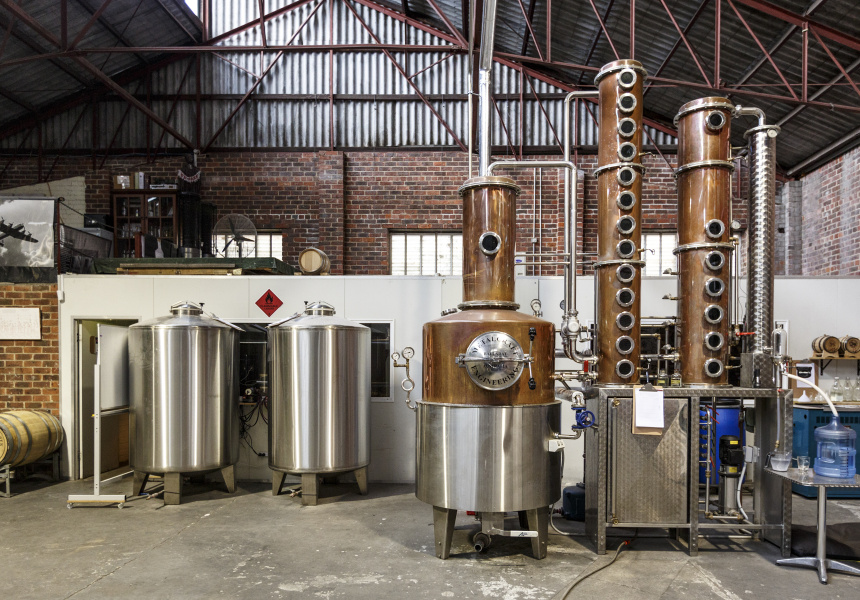 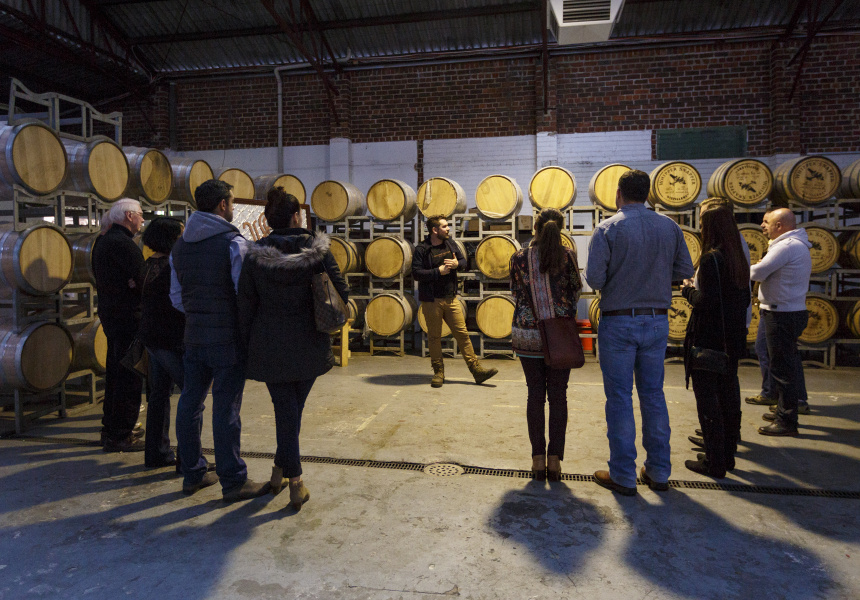 Al Malloch and Jimmy McKeown are two “whipper snappers” taking on the old world of whisky. Chance meetings and a shared passion for whisky took them to a recipe from Malloch’s neighbour Vic, a home distiller and World War Two pilot.

Production started in May 2014, but whisky takes time. Whipper Snapper's Australian Corn Whisky won’t be released until mid-2016. Until then the guys are bottling a new make of spirit, otherwise known as moonshine, meaning it’s straight from the still and hasn’t been aged.

They call it Crazy Uncle. It’s clean, nutty and a little sweet. A barrel-aged version, which spends eight weeks in traditional white oak casks, is also available. From grain to bottling, it’s a 100 per cent local product. The spirit is made from a mash of West Australian grains – 80 per cent corn, 10 per cent malted barley and 10 per cent wheat – and all bottling and labelling is done on site.

Tours and tastings are available daily from 1am to 5pm.. Workshops are held on the first Saturday of the month, providing a private tour with one of the head distillers and a comprehensive whisky tasting for $75 per person. Bookings are essential.