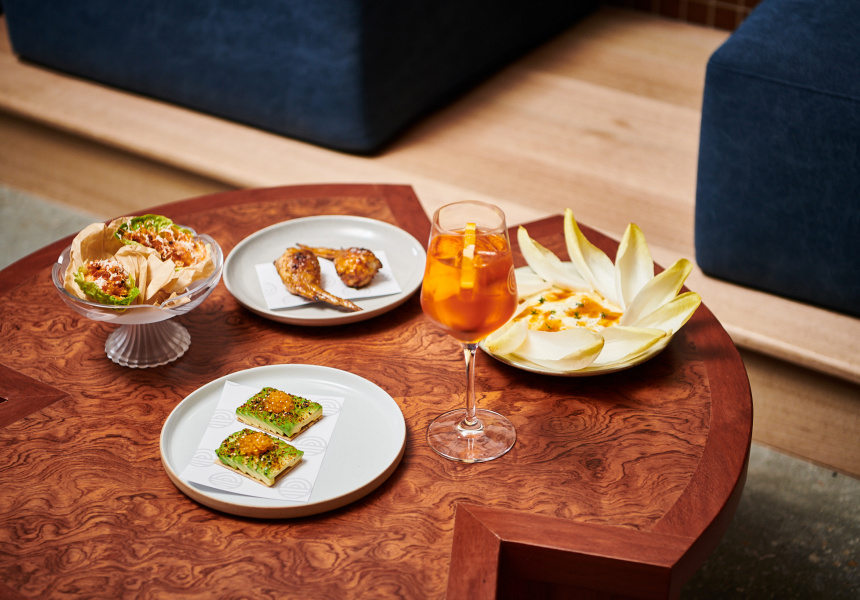 Of the key openings on (and around) Scarborough Beach Road in 2021 – including Skol, Stone Jetty, and St Brigid – neighbourhood bar The Corner Dairy was perhaps the most hotly-anticipated. It’s an easy-going space dabbling in good food and good drink, courtesy of co-owners and brothers Tom and Sam Hart – who also happen to live just a short stroll away from the venue.

While the brothers come from a hospitality family (their publican parents were one-time owners of The Court Hotel in Northbridge), they recruited like-minded fellows for their first venue. Bar manager Zack Noddle of North Perth watering hole par excellence, The Rosemount, has curated a range of craft beer (on tap and packaged) and natural-leaning wines, with pours from southern France a particular area of interest. There’s also a small selection of classic cocktails.

In the kitchen is chef James Cole Bowen, the former sous chef at Le Rebelle who also counts fine diners such as Restaurant Amuse, Ku De Ta and Melbourne’s Lume among his previous gigs. Despite Bowen’s fine-dining pedigree, he’s kept things neighbourhood-approachable here. That might mean burgers and oysters out on the bar’s deck, or charcoal-grilled flank steak or butterflied whole fish for groups to share. A set menu is available for those not in the mood to make decisions.

Produce underpins the menu, from the likes of urban farmers The Mushroom Guys, fishmongers Fins and – intriguingly – a hobby baker in the neighbourhood that bakes outstanding sourdough bread.

Although it’s housed in a former office block, the bar’s name comes from its address on the corner of Woodside Street and Scarborough Beach Road and the area’s history as grazing land for cattle and dairy farmers. Ohlo Studio designed a retro-leaning aesthetic with plenty of timber and chocolate tiling. The venue’s 120 seats are split evenly between indoors and out. The safari windows open up in the morning so locals can order takeaway coffees.