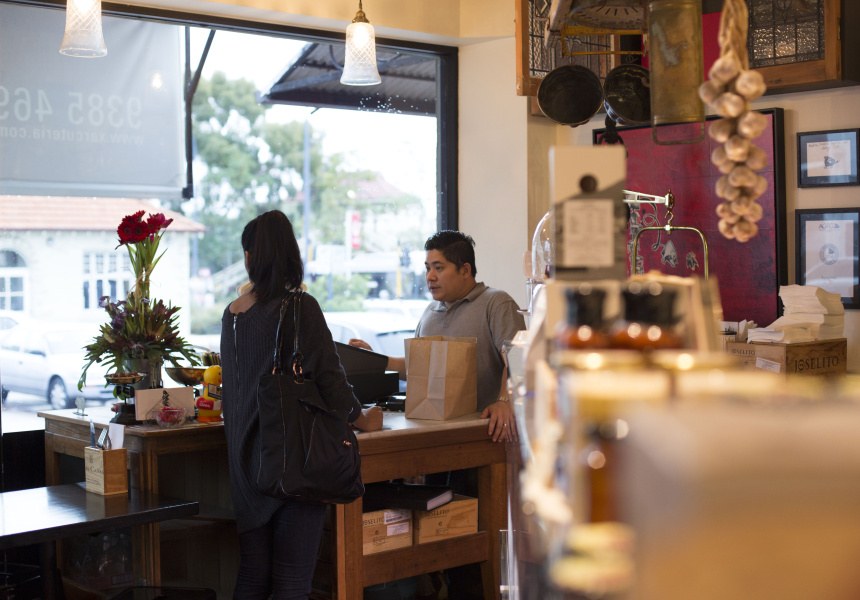 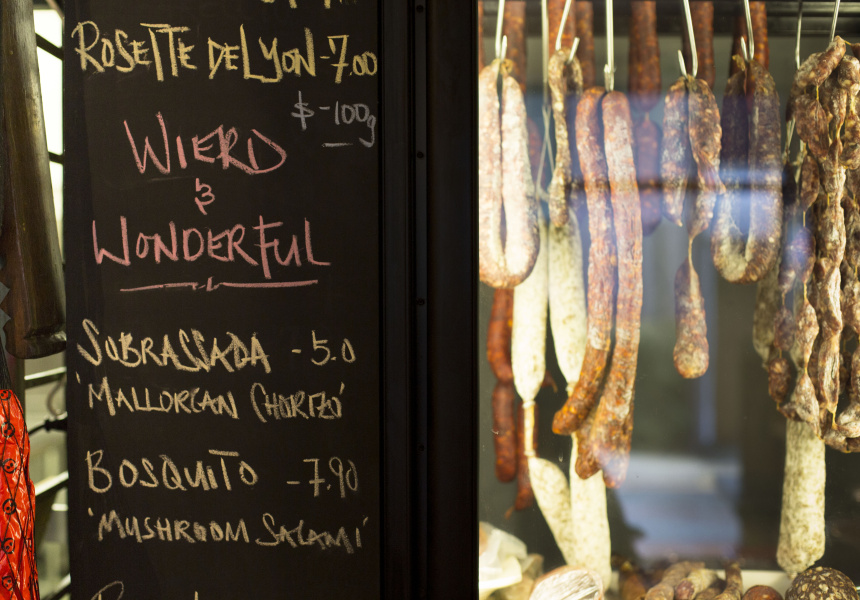 Owned by David Coomer, Adam Willie and Ana Campos (all of Star Anise fame) does have lofty expectations to meet. It delivers, but not in the way you might expect.

This Claremont venue isn’t a fine diner. Unless you’re there early to snap up one of the four tables, it isn’t even sit-down dining. Xarcuteria is a deli. The sort with produce and preparation only one of the state’s most respected chefs would bother with.

The Xarcuteria team slow roasts its own lamb, pork belly and chicken; puts together its own rolls and salads and bakes its own bread. Where produce isn’t prepared in-house, it is of the absolute highest quality, including prized Iberian ham from the south of Spain and Manjimup truffles from Coomer’s own property.