From epic Gatsby recitals to Swan Lake set in an Irish housing estate. 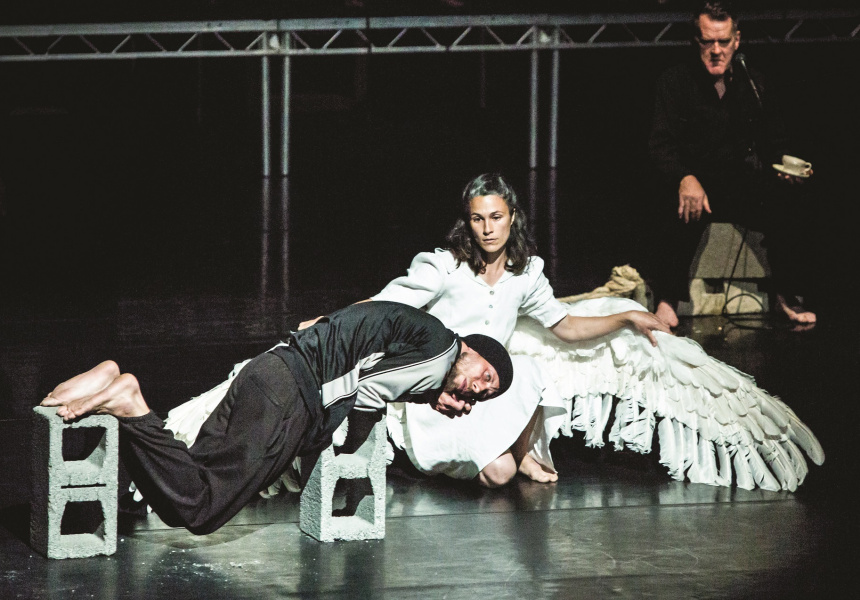 There’s generally at least one big curio in a festival program. Something a bit weird, one to raise eyebrows and get people talking.

At next year’s Perth Festival, Gatz might be it. Not so much for its premise – The Great Gatsby meets dreary 1980s office – but for the sheer bum-on-seat commitment. It’s eight hours long.

“Do not be afraid,” implored the festival's artistic director Wendy Martin at Thursday night’s 2019 program launch. She calls the piece from New York’s Elevator Repair Service, in which whole tracts of The Great Gatsby novel are recited and brought to life, one of the finest pieces of theatre ever. Equivalent hours are happily sunk into Netflix binges and this, she says, is a must-see. “I beg you not to miss it.”

Festival regret is real, and if you experienced it by not getting to the 2017 opening spectacle in Kings Park, Boorna Waanginy: The Trees Speak, you’re in luck. The free event is back in 2019 – an epic, dazzling, moving ode to the fragility of the Western Australian landscape.

A Made in WA stamp graces several of the program entries, including Le Nor (The Rain), the offering from local boundary pushers The Last Great Hunt. They’ve invented an entire language for the show. Subtitles will help you through the nostalgic, faux foreign film encounter.

Indeed, many of the more highbrow offerings in the program have been flipped on their heads. Swan Lake gets the grunge-punk treatment (it’s set in an Irish housing estate) and Giselle plays out in a South African village. Mozart’s The Magic Flute has been colourfully reimagined by Berlin-based Australian opera director Barrie Kosky. Expect a silent-movie aesthetic courtesy of animation that took three years to develop. The international blockbuster makes its Australian debut in Perth – along with 25 other Australian exclusives.

PIAF’s artistic director urges people to pause their Netflix subscriptions in order to better absorb the “cinematic brilliance” of the Lotterywest film season, which kicks off on November 26. As with the other festivals within the festival (Perth Writers Week, the Chevron Gardens music program) there’s plenty that’s binge-worthy here. Judicious poring over programs is recommended.

Among the many other highlights: artist in residence Ursula Martinez is bringing two shows to the festival. Many know her from her handkerchief act in La Soiree (an award-winning cabaret and variety show). The provocateur is reprising a show she did with her parents 20 years ago, A Family Outing, this time with her mother, who can’t remember the lines. It’s a co-commission by Perth Festival. She’ll also do a workshop, and show off her bricklaying skills in her one-person confessional show, Free Admission.

It’s not free, but it’s part of the Tickets for $36 initiative that makes the festival accessible. First in, best dressed for the cheap tickets, but a limited number to select events will be released each Friday.

Each year, the Perth Festival has appointed a flavour of the festival. Next year it will be wattleseed. Restaurant partners will be flaunting it and it’s pretty good in a gin spritz, too. The festival’s official scent is the leaf of the peppermint tree (wonnil).

The full sensory experience is part of Wendy Martin’s objective to create a quintessentially Western Australian sense of place, especially in this, her fourth and final festival as artistic director. For this music-dance-theatre-film fest, she predicts “unforgettable moments of wonder.”

Perth Festival runs from February 8 to March 3, 2019. Friends tickets are on sale now. General tickets on sale from 9am Monday November 5.