Repair Café Foundation started in 2009 in the Netherlands and now has more than 1400 local branches in over 30 countries. Its aim is to reduce the number of broken items we throw away – a practice that not only contributes to landfill, but also perpetuates overconsumption. The Fremantle branch is one of five in Western Australia, with groups also operating in Perth, Bassendean, Belmont and Narrogin.

“One of the reasons for throwing things away seems to be that many people do not know, or have forgotten how, or do not have the tools and equipment, to carry out the repair of a broken item themselves,” says Jo Blackley, Repair Café Fremantle co-organiser and committee chair.

“The thing I love about Repair Café is we can engage in a practice where we’re not only reducing landfill, but we can also help people learn to repair.”

Anything from household items and small furnishings to selected electrical goods, devices and bicycles can be brought to the monthly workshops for repair. (Basically, if you can carry it in and out of the space yourself, they can help fix it.) While repair experts will often carry out the repair on their own, visitors can also repair their own items with the expert’s guidance. No appointments are required, though some repairs – such as cracked phone screens or antique items – can only be completed with prior notice. Blackley welcomes people getting in touch about specific items before the workshops.

“People sometimes bring in quite special items, things that they’re particularly fond of and they want to keep,” she says. “Everything has a story.”

While repairs are conducted free of charge, donations are welcome, and – according to Blackley – they’re often given out of pure appreciation. It’s this human connection that she loves most about the initiative.

“There’s a bit of magic there,” she says. “Humans helping one another. The repairers love their craft. People are satisfied by repairing their belongings rather than replacing them. It’s heartwarming.”

Repair Café Fremantle is held from 10am to 12pm at Stackwood Fremantle (10 Stack Street, Fremantle) on the first Sunday of each month, except during school holidays. The next workshop is on November 3. Check the Facebook page for updates. 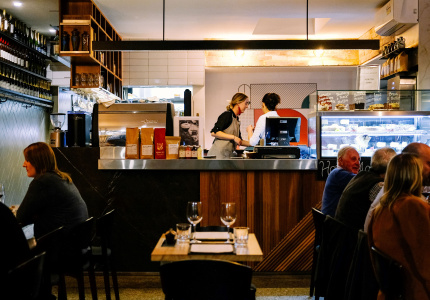