The Exhausting Fight Behind The Historic Win

“We’ve been waiting for this for a long time.” For the past few weeks, I’ve been completely anxiety-ridden. This plebiscite has been horrible. I’ve been called names, compared to paedophiles, and told I’m going to bring out the destruction of the western world. I’ve held back tears, deleted Facebook a couple of times and done everything I could to not hear the insults.

My 26th birthday was last month and, unlike some, I’m lucky to have a lot of support around me. But statistics show LGBTI young people are up to six times more likely to attempt suicide. The campaign my community endured was nothing short of abuse.

I have never experienced such hatred before in my life. Not even as president of Pride WA running the WA Pride Festival or working as an activist for LGBTI health and rights.

I attended the public broadcast of the same-sex marriage survey result with a sense of duty, and finality.

I was an hour early but already a crowd of several hundred had gathered. The mood was sombre, but not without hope and some optimism. What had drawn this large gathering wasn’t a party or celebration, it was a moment in history. We were there, in the early hours, to witness the end of what has been a long, drawn-out fight. It was the beginning of a new era of equality in Australia.

The air of nervousness was palpable. But all around me, people had decorated themselves in rainbow paraphernalia. Socks, wristbands, flags. Even rainbow hair. Young and old, walking frames and prams. The event had drawn people from all walks of life. But none of them were there by choice. None of us wanted a postal survey on our rights and many of us were exhausted after weeks of tireless campaigning for them.

The Northbridge Piazza screen was lit with the branding of the Yes campaign; the shape of Australia, with different colours for each state. Western Australia was represented by a bold red. I made a conscious effort to talk to people I didn’t know, including Michelle Rogers and her partner Alison Elgar, a couple planning to marry after being together for more than a decade.

“I’m confident,” Rogers told me. “This will be a win, it can’t not be. We deserve the right to marry. We’ve been waiting for this for a long time.”

At 7am, the big screen changed to rolling coverage before ABC chief statistician David Kalisch appeared. The crowd was quiet. The air seemed to hum with electricity. Everyone’s eyes were locked onto Kalisch, who had a pretty good poker face. After a short speech he announced the results. Northbridge erupted into deafening cheers and cries as the 61.6 per cent Yes vote was finally revealed. Some people burst into tears, others hugged each other, and a wave of relief swept through the crowd. Even I, a former campaigner and community activist, felt a heavy weight lifted from my chest.

It was a bittersweet victory for a community who has endured so many slurs and assaults throughout the campaign for equality.

I went back and found Rogers and Elgar, who were crying and embracing, surrounded by friends and family.

“I really hope Ali and I can get married soon,” Michelle told me through tears. “This result will send a message to our politicians. It’s time for marriage equality.”

“This is a human rights issue. It’s not anything else than that. It’s about equality,”

To my left there were two men, Neil Connery and Geoff Bishop, draped in rainbow flags. They’d been together for 30 years and married 18 months ago in the Perth British Consulate.

While Connery and Bishop were happy about the result, they told me they would never forgive the government for holding a plebiscite to achieve it.

“I’m overjoyed, but we should not have gone through it that way,” Bishop said. “It’s a process that brought out a very ugly side of Australia, that hasn’t been at the fore for a long time. This process has taken gay rights backwards, because homophobia has had a voice.”

Connery agreed: “It took a lot out of us. There’s been a lot of emphasis on how the young are dealing with the difficulty.”

Both of us cried. What else was there to do?

I disagree with Connery on one point, though. Gay rights have not gone “backwards”. The Yes vote is a fabulous win. A win proving love always trumps hate.

That said, I too will find it hard to to forgive the government for forcing this $122 million survey upon us. It told us what we already knew and threw us into a divisive, abusive “debate”.

All of this coincided with PrideFest, a celebration of diverse sexuality and gender culture, with the Pride Parade being held on Saturday November 25 in Northbridge. Because of this, the route has changed due to record floats and a bigger than anticipated crowds. Now is the time to celebrate. In the words of Kylie Minogue: “Your disco needs you”. Happy Pride.

Paul van Lieshout is a radio broadcaster and political journalist. He is an LGBTI rights activist and lobbyist. 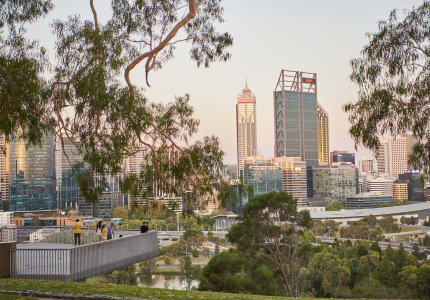 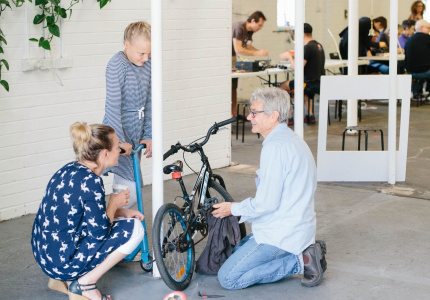