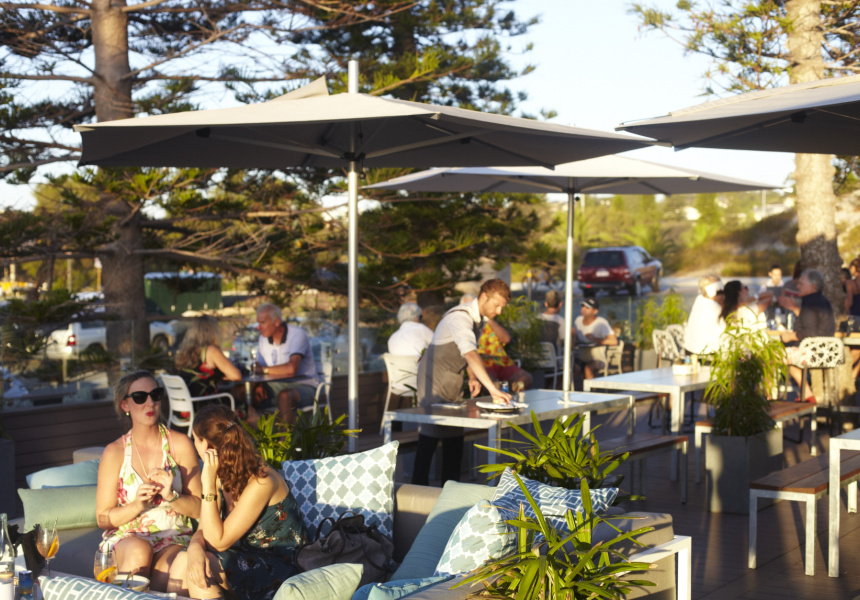 It was the first of three venues opened as part of the City Beach development. Owners Eleanor and Fabio Hupfer set the bar high with the 300-seat eatery. Sunset gold and splashes of sea blue fill the expansive interior, and a wrap-around deck allows for uninterrupted views of the sparkling Indian Ocean.

The kitchen is run by Alan Spagnolo, who knows all about coastal dining – before this, he was executive chef at the iconic Cottesloe Beach Hotel.

Seafood is the focus. One standout dish is the pan-fried squid with capsicum, soft herbs, and chilli-roasted eggplant. Shark Bay scallops with apple, pickled radish chilli jam and crisp tempeh is another highlight. Surf is complemented by turf, which includes Korean-spiced Linley Valley pork belly.

Odyssea is sophisticated but always welcoming. Sun-kissed, sandy bathers mingle alongside dressed-up diners, and it’s possible you’ll find the Hupfers waiting on patrons alongside their staff.