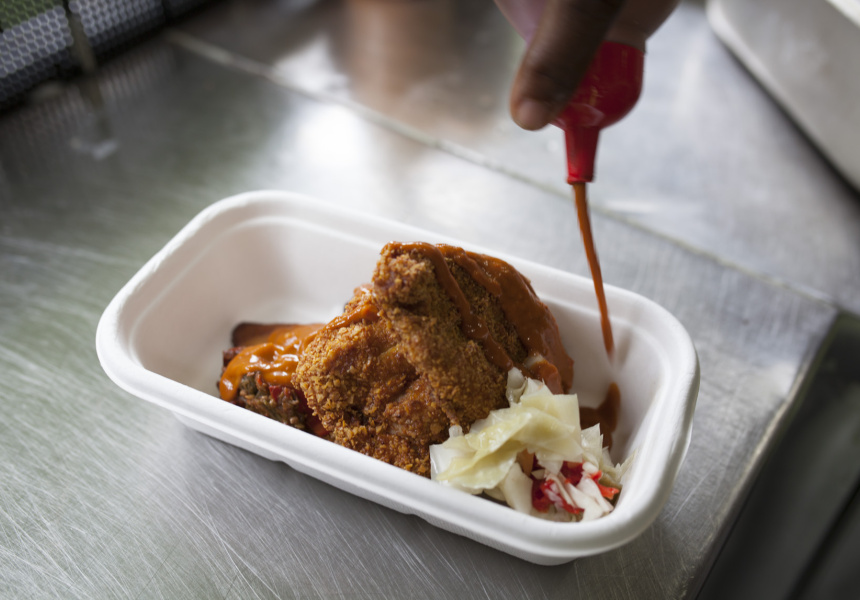 For Soul Provider owner Vital Syverin, cooking’s not a science, but an art. An art, in fact, that borders on the spiritual. Menus are made from “vibrations” instead of formulas. He’s taken this unstudied approach since he was a young boy, licking the spoon as he cooked and dancing with his mother in their kitchen in Haiti.

Via Haiti and then Melbourne, Vital now serves some of the best Creole food in Perth from this food truck. The smoked-pulled-pork bun is always a winner with crowds, but there’s plenty on the Caribbean and South American-inspired menu you can’t find elsewhere in WA. Think ham-hockgumbo, jambalaya croquettes, and po’boys with Cajun mayo and pickled slaw that gives N’Awlins a run for its money. The chicken-waffle taco, a successful experiment from Vital’s kitchen, is insane.