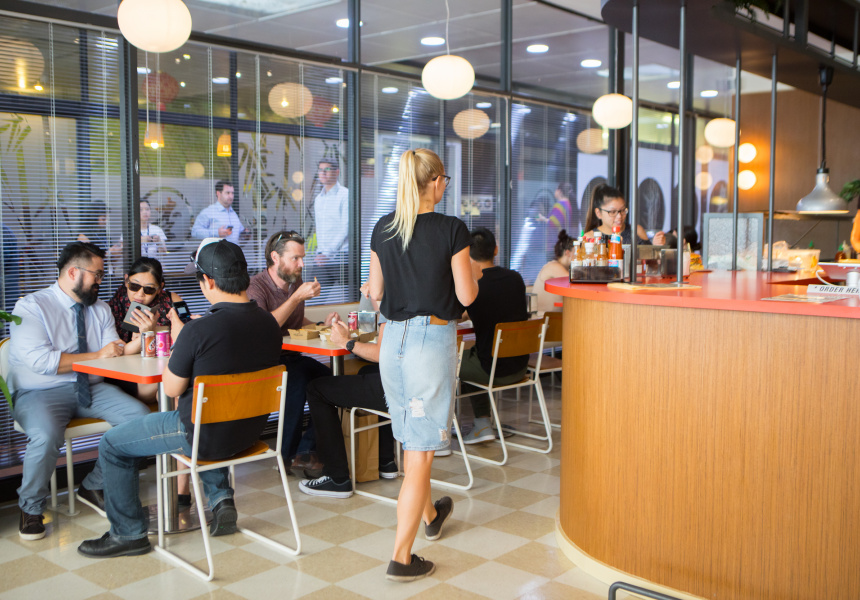 Since opening in 2015, Short Order Burger Co has established itself as one of the west’s best burger options. Just one catch: a Fremantle address and limited opening hours made it tricky for some fans to get their Short Order hit. In good news for burger-kind and business owner Simon Kony, Short Order opened in the CBD in late 2017 and both parties are rapt.

Unlike the cool industrial shipping container digs of the original Short Order at Freo’s The Mantle, its Hay Street outpost borrows plenty of design cues from the American diner playbook. The colour scheme is bright and poppy; seating is a range of banquettes and tables; guests help themselves to a range of condiments including various chilli sauces. A handful of neat framed posters beautify the gloriously retro-leaning space.

The burger, however, is the same juicy patty, pillowy seeded milk bun gold-standard devotees have come to love. House made pickles and chilli and barbeque sauces are another feature while chicken and vegetarian options are available. Coffee (fresh and cold-brew) is served through the day while thickshakes – including flavours made using gelato from fellow Mantle neighbour, Stampede Gelato - have also been introduced to the menu.