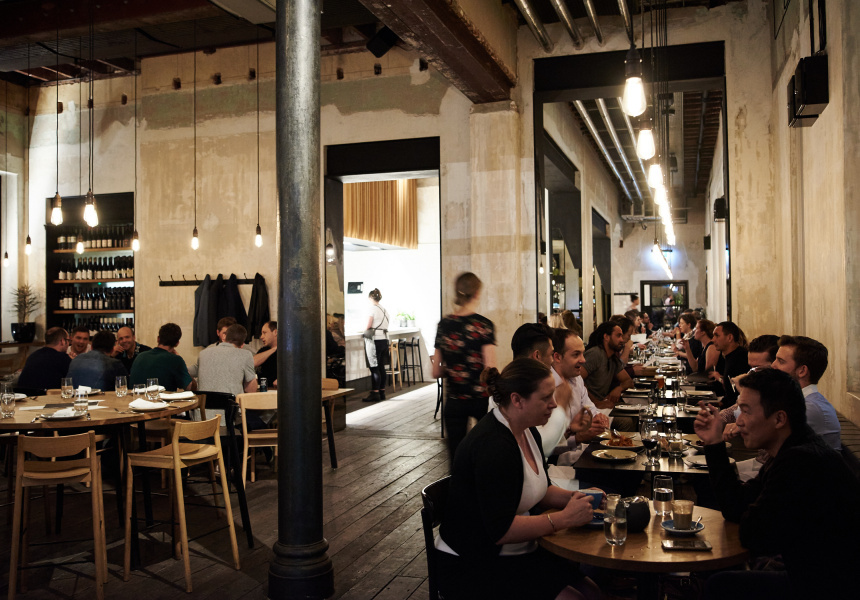 A century ago, protestors marched down the streets around the State Buildings in Perth, petitioning for causes they believed in. Now, you’re more likely to see queues of people waiting to get into Petition Kitchen, the meticulously imagined bistro from Jesse Blake which adjoins Petition Beer Corner and Wine Bar.

CBD workers benefit from the takeaway options, such as house-made toasted muesli, pastries and sandwiches.

The space was designed by Michael Patroni (Bread in Common, Strange Company). It elegantly fuses old and new, with timber flooring, black steel doors, bespoke steel and timber tables, and exposed brickwork. Even the soundtrack, a pulsing selection of international and homegrown releases, is curated by an expert – musician, producer and label owner, Ewan Jansen.