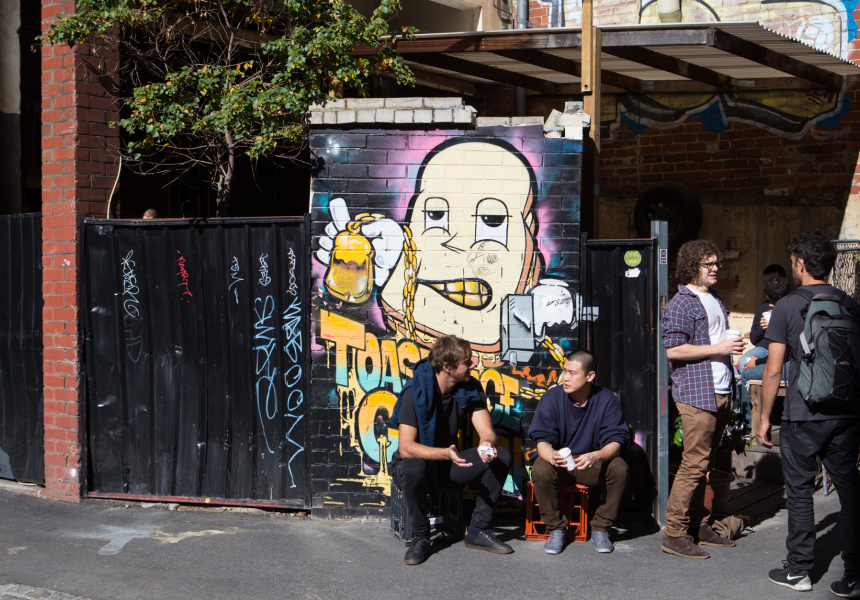 At best, a big night out results in a hangover and damaged pride. For Toastface Grillah owners Mike O’Hanlon and Alister Miles, a night on the beers in London resulted in one of the greatest cafe names in history. It also spawned a cheese-sandwich goldmine.

Returning to Perth, the boys opened Toastface Grillah, somehow seeing promise in an abandoned alleyway lot that housed a broken-down car. Thousands of sandwiches, an awesome street-art makeover and a pop-up Ghostface Killah gig later (seriously), and Toastface Grillah has cemented its position as one of the coolest cafes in town.

The menu is low on ingredients and price, but puts smart combinations as its highest priority. The brie, zucchini and prosciutto is rich and salty. The chilli cheese is a hot and smoky delight. The adventurous will love the fragrant sweetness and citrusy zing of blue cheese, pear and lime chutney.

A revolving door of specials ensures there’s always something new, and coffees easily limbo under the price bar set by the neighbours.