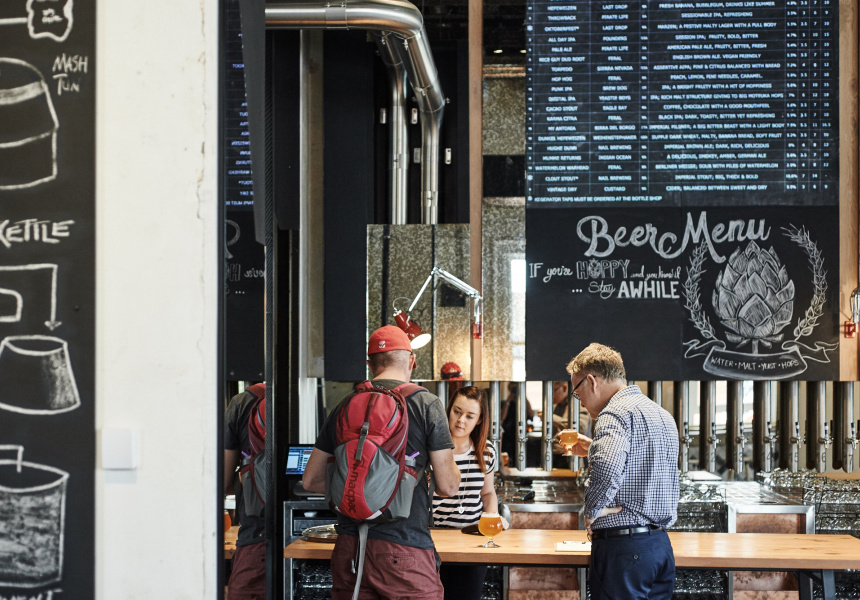 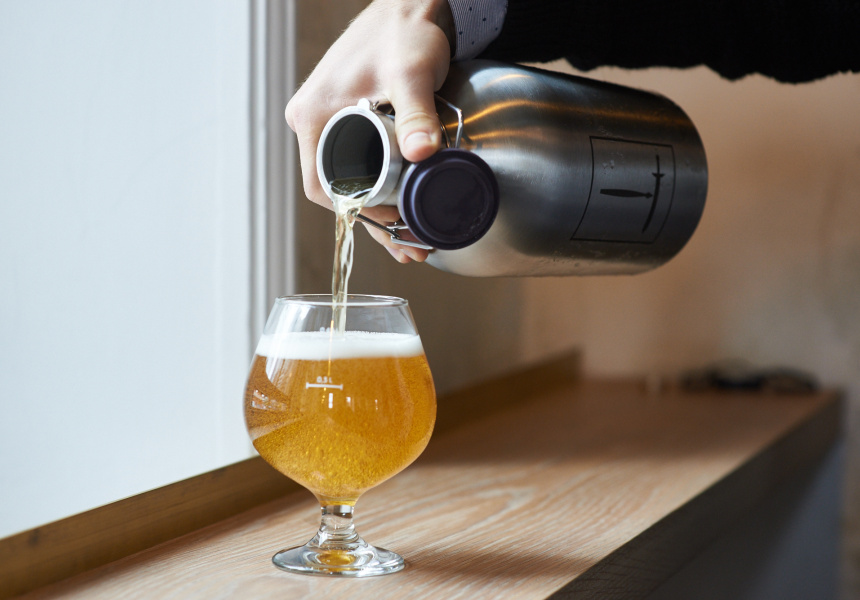 Getting a job at Petition Beer Corner isn’t as simple as having stellar bar experience and your RSA. The entire staff is certified through the Ciccerone Certification Program, a rigorous test that ensures its takers know their Russian Imperial Stout from their Czech Pilsner – and which foods to pair them with. It’s the only place in WA that demands such accreditation, and just the second in Australia.   Petition’s beer ambassador, Andrew Smith, is tasked with sourcing 18 revolving independent taps from around the state and beyond, from the classic to the uncommon, with occasional limited-edition drops.

Available in three sizes – 150, 300 and 450 millilitres – the brews are all priced the same to encourage exploration. It’s the most exciting ode to beer Perth has ever seen. Though what else would you expect from a place launched by the founders of Little Creatures?   The bar menu, designed by chef Jesse Blake, is as rich and salty as you’d hope, albeit elevated from standard bar grub. Think salt-and-vinegar chicharron with Linley Valley pig’s ear and onion crème; buttermilk-fried chicken; or a juicy Margaret River beef cheeseburger with onion rings. If you’re after a larger meal you can duck next door to Petition Kitchen.   There’s also an extensive range of bottled beers to buy and take home, as well as growlers of tap beer.