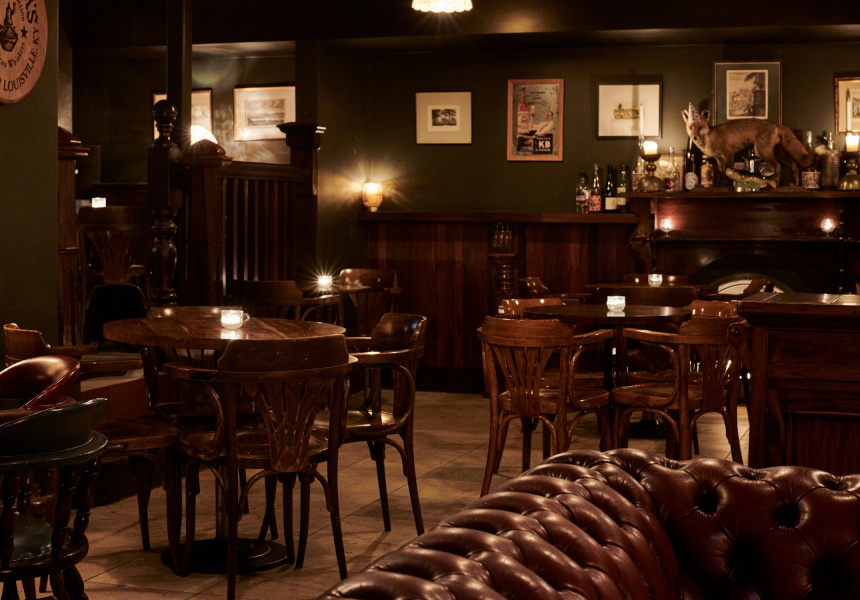 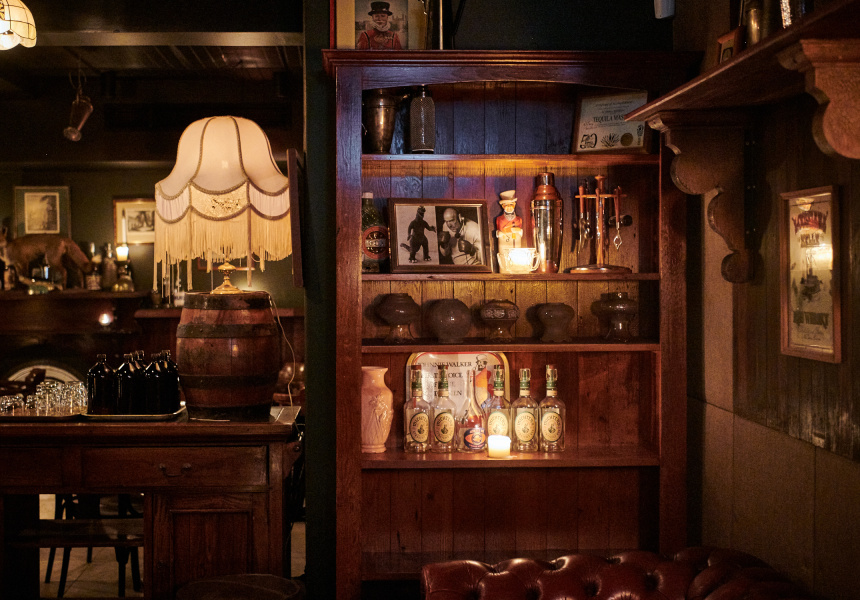 Warning: descending the steps to this CBD watering hole may trigger flashbacks.

The chesterfield couches. The framed early-20th-century surveyor’s maps of South Perth, Bicton and Como. The Aladdin’s cave of vintage, bar-related paraphernalia and Westraliana. It’s enough to make you wonder whether you’ve tumbled back through time.

There’s no need to adjust your set. This vintage aesthetic is simply a reflection of the tastes of Dimitri Rtshiladze, veteran Perth bartender and owner of Foxtrot Unicorn. And despite his fondness for the historic – and the 130-year-old site – this bar offers a contemporary drinking experience.

Drinks such as the Banana Daiquiri and the Honeycomb Old-Fashioned are mementos of bar manager Tom Kearney’s time at venues such as Dominion League, Palace Arcade and Panama Social. In addition to a thoughtfully selected back bar of spirits and a tight menu of cocktails organised by group (classics, highballs, native, alcohol-free), drinkers can also sample rare vintage spirits and, for those feeling frisky, ask to have classic drinks made with these liquid time capsules. A brisk Martini made with 1950s gin, anyone?

The strong cheese menu is the handiwork of kitchen boss Jessica Arnott, who helped open the now-closed Fromage Artisans in this very space in 2017. In addition to selecting great cheeses from WA and further afield, Arnott is also behind the 10-cheese toastie on the menu. (Pro-tip: a side order of kimchi is a must.) There’s also bolognaise-stuffed number and changing toastie specials too. (In the first month the bar has served a chicken pot pie version and one with pork rillette and caramelised onion.) Charcuterie from Black Pig Deli in Inglewood rounds off the menu.