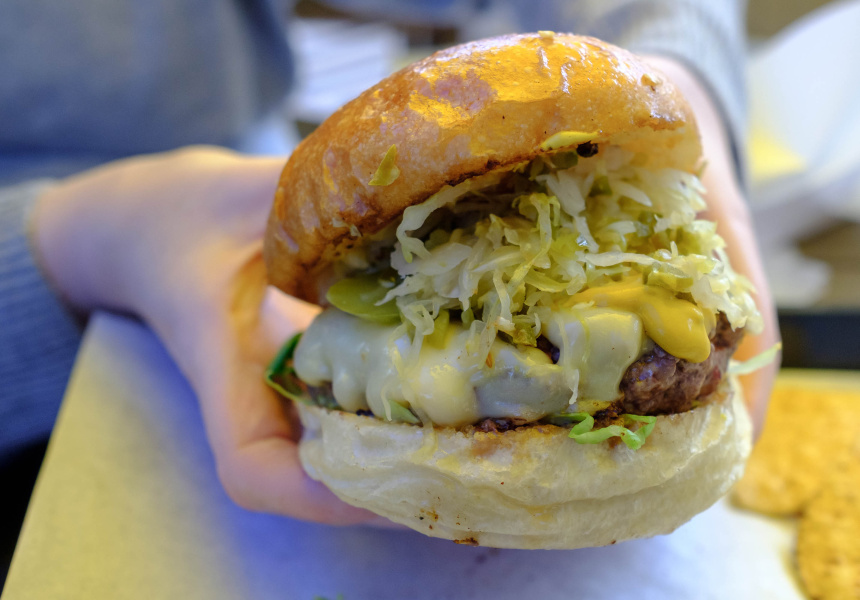 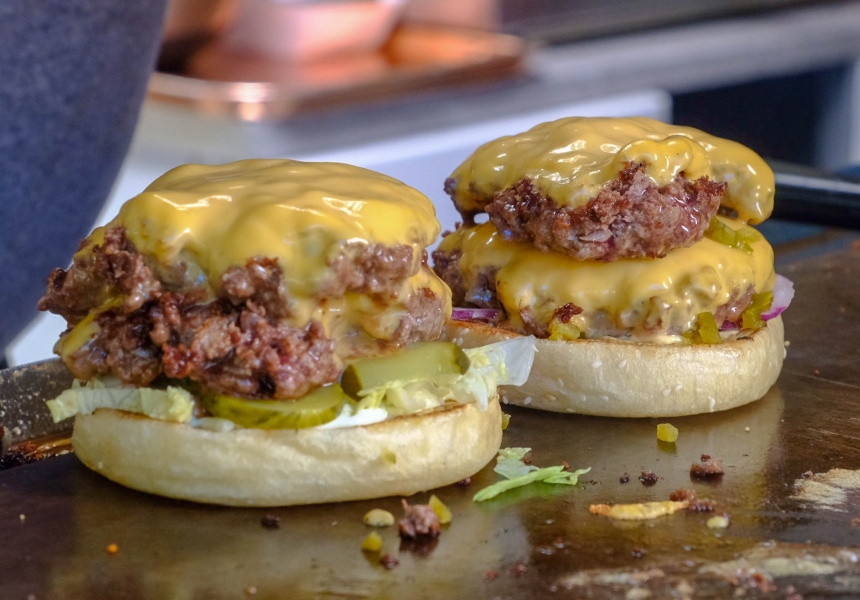 When the discussion turns to Western Australia’s best burgers, Busselton food truck Burger Bones is frequently name-checked in this contentious debate. Following news that Burger Bones has just signed the lease on a permanent Busselton restaurant, it’s safe to assume that Burger Bones’ stock will continue to rise among eaters and travellers.

Cooper Deville opened Burger Bones in Vasse’s Shed Markets in 2013 after returning to Busselton after 33 years away. Although the truck continues to be a success, Deville says it’s time for a new challenge.

“It’s four years later and it’s got to change,” he says. “It’s the last hurrah. It’s time to do what I’ve always wanted to do – have a place where you can sit down and have a bevvy.”

Deville has been searching for a suitable venue for two years. The new restaurant, on the main Busselton strip next to coffee shop Mono, was only finalised three days ago so he has plenty of work ahead.

“It’s an empty shell, it’s got little courtyards at the front and back,” he says “It’s intimate, and just feels right after the van. The coffee shop has new owners and they’re brilliant. The idea is we’ll have a great new spot.”

Despite his optimism Deville is also nervous about the new venture.

“What scares you is, like in anything, change creates change,” he says. “The big thing ahead of me is making sure the burgers come out like before. I want to let go and have a business that runs when I’m not there. I want it to be open all the time so it becomes a little Mecca in Busselton.”

Deville has just started working on the new menu but admits he’s already having to rein himself in. The new venue will be licensed and customers can expect to see chicken burgers, more veggie options, specials and food-and-drink matching.

“I’m pushing burgers and bubbles [sparkling wine],” he says. “I think dirty food and bubbles works on the palate.”

While this news is most definitely good, the one drawback is that Burger Bones will be leaving the Shed Markets. Although its star food truck tenant will be missed, Deville is determined to trade there for as long as possible ahead of the restaurant’s planned spring opening.