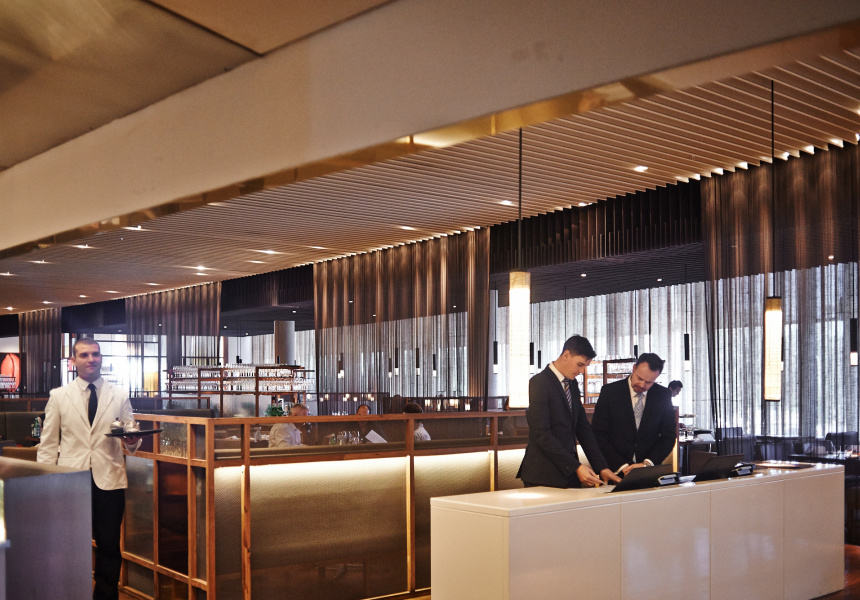 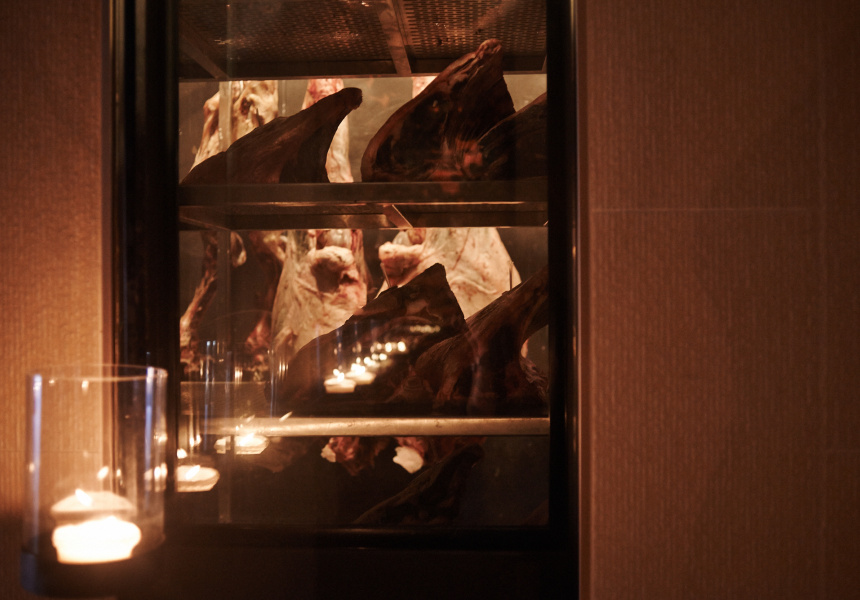 Neil Perry is the ponytailed chef behind several cookbooks, a restaurant empire that spans the country and the food you eat on Qantas flights.

But for all these achievements, Rockpool Bar & Grill might be his most famous venture. The original was opened at Crown Melbourne in 2006 and has since expanded to Sydney and Perth. In 2016, Rockpool Bar & Grill became part of The Urban Purveyor Group alongside its siblings in Sydney and Melbourne, and other Perry offerings Spice Temple, Rosetta and the Burger Project.

Rockpool's west coast satellite is in opulent Crown Perth. A candlelit walkway sets the tone upon entry, and also doubles as a window into a beef dry-ageing room.

The space is vast and neutrally toned, made intimate by considered lighting. To the right a bar serves a choice of 10 burgers, but if you want the main event, book a spot in the dining room.

The grand, open kitchen led by Dan Masters – former sous at Rockpool Sydney – showcases West Australian produce (besides the beef). A wood-fired grill and charcoal oven drive the sprawling menu, which takes in at least 10 types of steak, most of it nine-plus marble-score Wagyu. Pair it with a range of sides, including mac‘n’cheese, roasted potatoes and other vegetables.

This may be a steakhouse, but don’t ignore the rest of the menu. From raw to cooked, cold to hot, choosing is the hardest part thanks to the extensive range of salads, seafood and pasta.