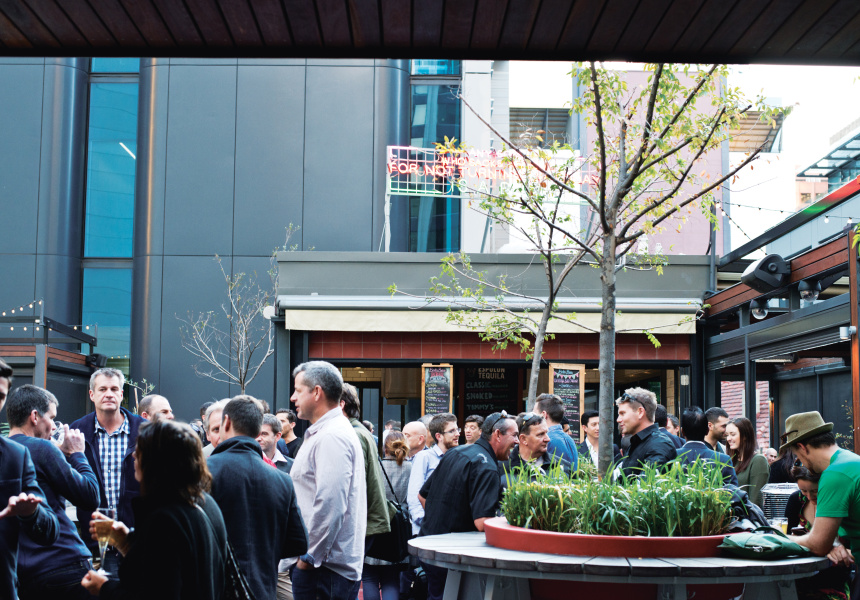 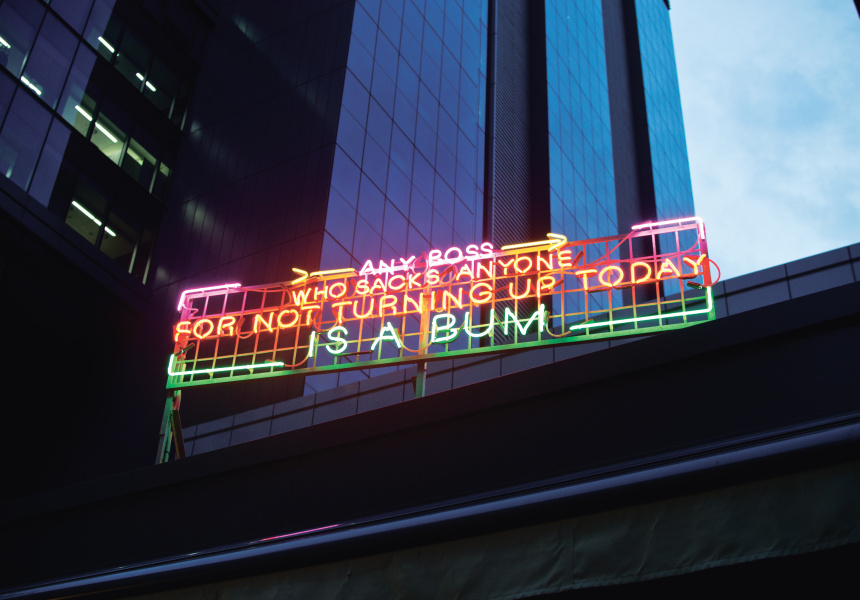 On September 25, 1983, Australian Prime Minister Bob Hawke declared: “Any boss who sacks anyone for not turning up today is a bum.” It’s the day Australia won the America’s Cup, and Hawke’s quote hangs in neon lights above the rooftop bar which is named after him. Print Hall and The Apple Daily are downstairs.

Hawke is famous for his love of beer, and once set a world record by skolling a yard glass of ale when he was at university. As such, beer is an important part of Bob’s Bar, where 10 taps rotate through local and international craft brews.

Being part of the Colonial Leisure Group you’ll also find Colonial Brewery beers on draught. The cocktail list is short but diverse, there’s Pimm’s Punch by the glass, and if you like to share there’s the Bob-Zee, the bar’s five-rum take on a zombie. It serves two.

All this drinking will keep your hands busy, but cleverly the menu is guided by a simple idea: food you can eat with one hand. There’s soft-shell tacos, including one with adobo duck with grilled sweet corn and red cabbage. Otherwise have a go at a kebab, such as Shark Bay king prawns with tamarind and spring onion.

And Bob himself? He once visited and reportedly loved it.