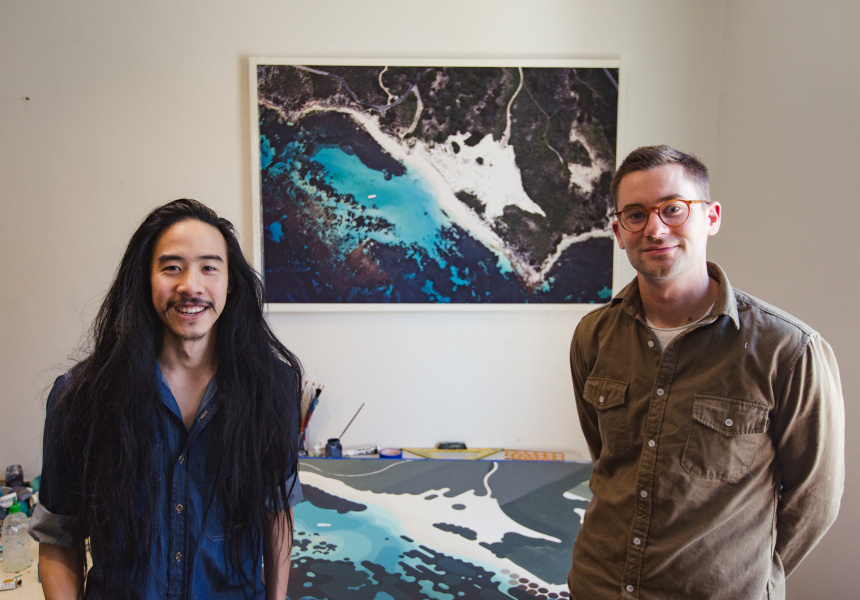 Jarrad Seng hasn’t actually moved to Iceland, it just seems like it – at least to those that track the Perth-based photographer’s movements via Instagram. Even by Seng’s standards, it’s been a big year of travel and shooting, but for the next month, the Steve Aoki lookalike will be staying put in Perth. Among the things on his to-do list, launching his Parallels exhibition at PS Art Space.

For his sole Perth exhibition for 2016, Seng has teamed up with fellow Perth creative Amok Island, an Amsterdam-born painter known for his giant murals inspired by nature. For Parallels, the artists took to the skies above Rottnest Island with Seng taking hundreds of aerial photos of the popular West Australian destination. The pair then chose images that Amok Island would use as starting points for his own creations. The result is nine image sets that contrast Seng’s detailed photography with Amok Island’s minimal, highly geometric paintings. While Amok Island admits to trepidation at the start of the process, he says working with Seng brought out the best in him.

“I’m quite a control freak and normally I don’t collaborate at all,” says the painter who uses a computer to plot each piece before attacking the canvas with acrylic paint. “Jarrad chose two photos that I wouldn’t have normally chosen myself: either they looked really difficult to paint or I couldn’t imagine straight away how I would approach them, but that really pushed me to do some different things. Some of those actually turned out to be my favourite pieces.”

The creative process was a similarly different – yet enriching – experience for Seng.

“We were choosing where to fly and what elements to photograph together,” he says. “Normally I’m making all these decisions on my own, but this time, me clicking the button was only part one of the project and part two would be his interpretation of the same thing. It made me think a little bit more about textures, lines and shapes.” 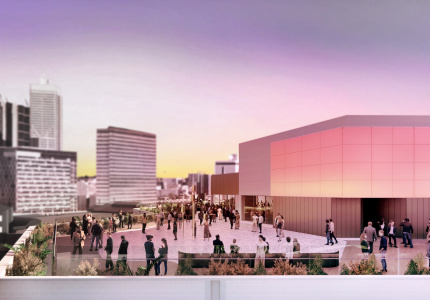