How David Spencer Gets All Apocalypse Now on His Art

After more than a decade of exhibiting, David Spencer is starting to accept the tag of “artist”. “It feels kind of wanky, you know?”

The term “artist” hasn’t always sat well with David Spencer, but he’s getting better at dealing with it. It’s hard to understand why the West Australian painter is so coy. He’s painted for most of his life, held his first solo show in 2004 and is preparing to open his 11th exhibition, The Reason for Flowers.

The show offers colourful perspectives on locations ranging from Cape Le Grand in the state’s south to the Spain that Spencer remembers visiting in his twenties. The decision to paint from memory rather than use reference material adds to the works’ transcendent nature, as do evocative titles such as “Poems”, “Islands” and “Take Your Chance”.

“I paint abstract expressionism, so really it’s whatever I see I can correlate into an artwork,” he says. “There’s always a layering that would resemble maps or aerial images, so I guess that is a connection to the landscape there, particularly because I was born up north in Dampier, where the contrast of the landscape is something to be in awe of: just blue sky and red dust. Pretty hard not to be artistic up there.”

For Spencer, the appeal of abstract expressionism is its lack of rules. “I can do whatever the hell I want. There’s nothing I’m bound to other than experimenting, so I can keep pushing and trying new things. If there’s anything in there I like, I’ll develop it more in the next painting.”

In terms of a preferred medium, it’s more anything he can get his hands on. “I use everything. I usually start with charcoal, sort of outlining it, and then whatever’s in reach: acrylics, oils spray paint, enamel, charcoal, pastels, pencils, even old brush you know like, turps, brushes sitting in turps, I just throw that on there and see what that brings up; anything, anything.”

In some instances, Spencer will use a previous work as both his inspiration and canvas. He calls the practice “redux” and likens it to Francis Ford Coppola re-editing Apocalypse Now.

“I’ll get an old painting and just paint over it or use little bits of it peeking through a new painting,” he says. “Some people can’t understand it. When I speak to people they say, ‘how do you let paintings go?’ I find it quite easy. The intention is to get the artwork out there. It’s better out in someone’s house than sitting in my studio.”

Although he’s preparing to launch The Reason for Flowers, Spencer is already working on his 12th show, Onomatopoeia, which he plans to hold at Black Brewing in Margaret River. While it’s more than likely that his time down south will inspire future works, he prefers not to work on art while hanging out with family and friends.

“I don’t really do sketches as such,” he says. “I just sort of keep it all in my mind and then when I hit the studio it all comes out.”

The Reason for Flowers is showing April 7 to 24 at Gallows Gallery, 53 Glyde Street, Mosman Park. 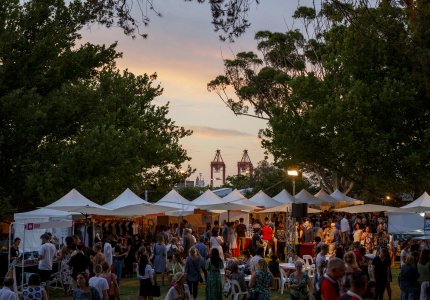 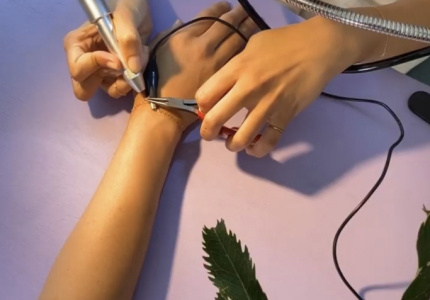