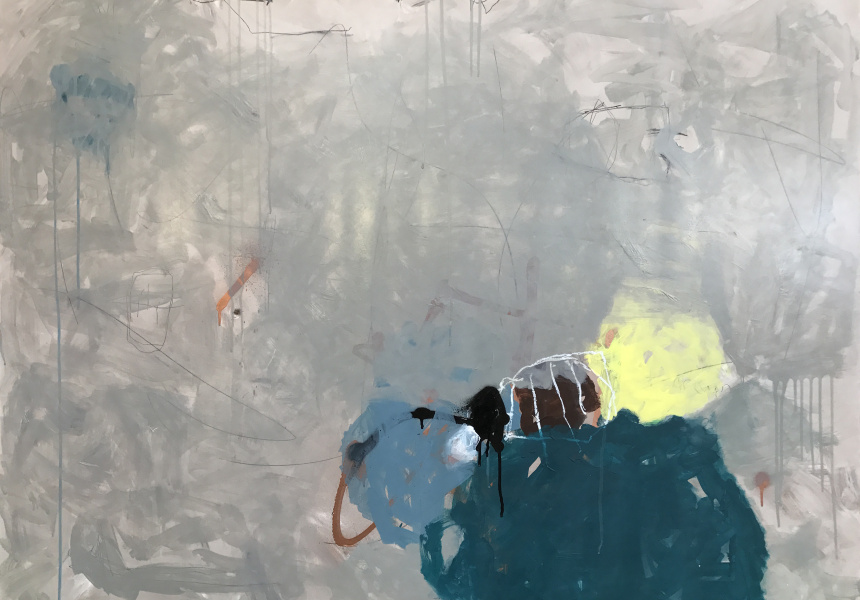 Happiness is Just Around The Corner 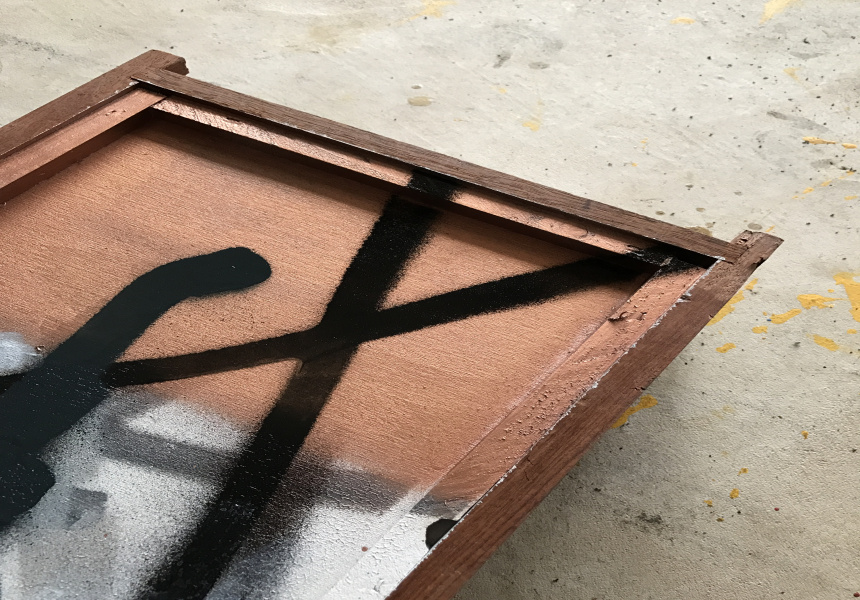 Artists can sometimes struggle moving between mediums. Sioux Tempestt isn’t one of those artists. Whether she’s creating large-scale abstract paintings or digitally produced collages, she seems to find experimentation easy.

To All The (Boys) I Loved Before immortalised famous faces with stencil, aerosol and paint in 2014. Last year, Chronicle combined photography, print and digital elements to de-constructed Perth architecture.

“The interaction between two mediums is interesting,” says Tempestt. “It’s a good exploration of working out what works.”

Through the mixed use of acrylic paint and aerosol, Hybrid - Tempestt’s sixth solo show and part of this year’s City of Perth Winter Arts Season - combines abstract expressionism and street style into one form.

“I’m by no means a master of aerosol but I do enjoy the immediacy of it,” says Tempestt. “Mistakes are sometimes the most interesting part of the art.”

Tempestt has also been part of several group art shows, and was a finalist in the Black Swan Heritage Prize 2014 and 2013. A graphic designer for more than 20 years, she’s also the creative director at UnchARTed Collective, a gallery run by fellow artist volunteers.

Whether she’s making marks with paint or with the mouse on her computer, Tempestt’s use of colour is impressive. A flurry of green, pink, grey and black, Hybrid leaves those who lay their eyes on her work feeling invigorated.

“I’m drawn particularly to pink”, says Tempestt. “Even though I would never be seen dead in the colour.”

Describing her work as an unconscious emotive response to her life and surrounding at the time, Tempestt says she may begin with a particular goal in mind, but has little control of the outcome.

“I often say it’s not me who does the painting,” says Tempestt. “Sometimes when I finish something I look at it and think, did I do that?”

Hybrid runs July 17 to August 17 at The Bird. Entry is free.