Down the Pigeonhole: The Creativity Behind a Retail Success Story

The Pigeonhole founder reflects on 10 years in business. 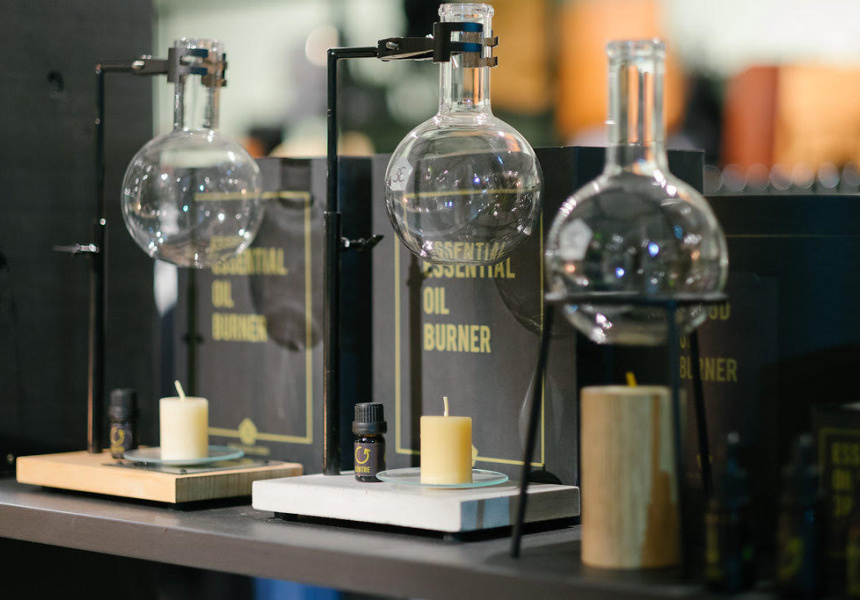 “When people walk in, I want them to feel as if they are walking in to my bedroom, or an intimate space,” says Johann Kim, founder of Pigeonhole.

Or to put it another way, Kim wants customers entering one of his quirky design-oriented emporiums to feel “comfortable, relaxed and happy.” And considering the Pigeonhole empire consists of 10 stores across the country, Kim has made it easy for Australians to find joy.

When Broadsheet chats to Kim he’s holding court in his Bondi apartment (he made the move last year to better focus on his east coast business, although still has his flat in Scarborough and is in Perth a couple of times each month). He’s reflecting on the Pigeonhole journey. It’s exactly 10 years since the now-national brand of retail stores – known for championing cutting-edge independent fashion, jewellery and curios – opened in a Pigeonhole-sized space in Barrack Street. Neatly, it also happens to be his birthday.

Kim’s journey as an entrepreneur started almost by accident, when, as a 19-year-old law student, he went to a craft shop with a friend and over the course of an afternoon learned how to make earrings. He started selling jewellery across Australia and Europe and, “with no money in the bank”, opened the first Pigeonhole shop.

Expansion in Perth nearly upended the business in its early years when Pigeonhole moved into Forrest Chase.

“I bought a million dollars worth of stock thinking we would need to double the order for a second store,” he recalls.

It didn’t quite work like that, but it forced some quick thinking, which led to the opening of pop-up stores across the eastern states and Pigeonhole’s permanent national presence. One of the first people to latch onto the idea of popping up in empty retail spaces, Kim used the model both to expand the brand and clear stock as needed. “Dozens” of Pigeonhole pop-ups have opened and closed along the eastern seaboard over the company’s 10-year history, most of them in the early years of operation.

During expansion into the east, Kim positioned Pigeonhole the same way he did locally: as the go-to for eclectic designs inspired by travel, creativity, lifestyle and design. No brand is off-limits, as long as it’s offbeat and off the beaten track. Think DOIY Design from Barcelona, LOQI luggage from Germany and socially conscious brands such as TOMS.

Although the retail environment is “becoming more and more challenging every year”, Kim says he’s lucky to have attracted staff that has been as passionate about treating customers like friends as he is.

“People might be coming in during their lunch break, or in a rush, and I want them to have a moment of joy, and to leave feeling better than they did when they walked in,” he says. “With a smile, and having had a beautiful experience.”

In addition to branches on Murray Street, at enex100 and in Fremantle, Pigeonhole has permanent stores in Chippendale and Surry Hills (Sydney); Lonsdale Street (Melbourne) and in Brisbane’s Queen Street Mall. Two more east coast locations will open as well as a new shop in Claremont Quarter.

Kim considers staff members – or “pigeons” – as family and says he has no interest in titles or making money, only in being a good leader. As for future plans, Kim says he can never quite pin down where the business will head next, partly because he encourages staff to air ideas, some of which have come to fruition over the years.

“I want to share joy, for me that’s really what it’s all about,” Kim says. “I am just incredibly grateful for the love and support of my family, my team and the community.”

Pigeonhole will celebrate 10 years in business with a party in Perth on October 20. Customers interested in attending can email 10years@pigeonhole.com for more information.