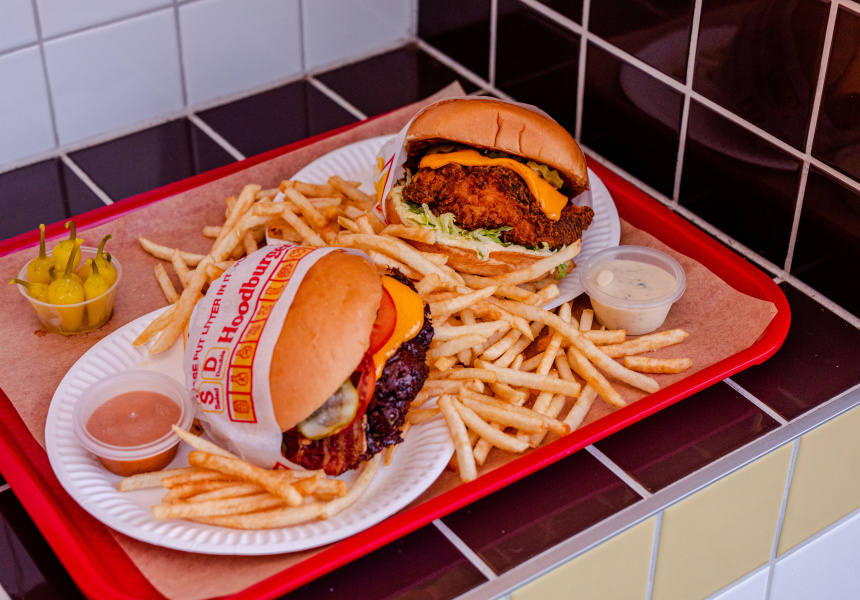 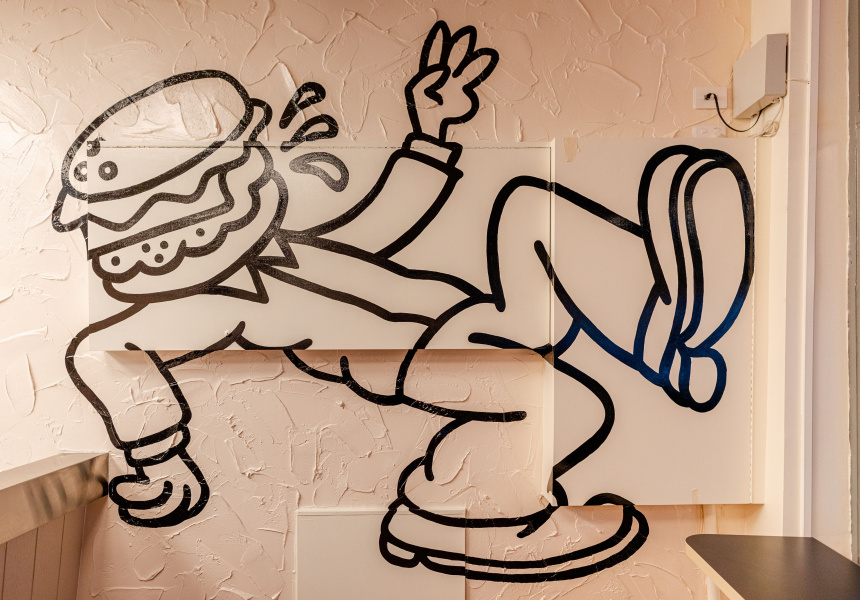 Hoodburger is one of Perth’s great burger success stories. In 2015 Matt and Tom Shaw launched Hoodburger as a grungy pop-up, cooking burgers in laneways and outside bars and clubs, before opening permanent spots in Northbridge and Inglewood. This one is the first to open south of the river, and it’s the new flagship for the chain.

Inspired by classic American burger restaurants, the brothers retrofitted a gutted Crust Pizza to resemble a diner from the fifties. It mirrors red and white fit-out of the Inglewood store, with a custom kitchen to boot.

Chicken tenders, in original and spicy variants, are also available as sides and the fries come in typically huge American portions. All the better for trying the wide selection of sauces available - from honey mustard to Carolina reaper ketchup.